Vape God — How vaping made him famous? 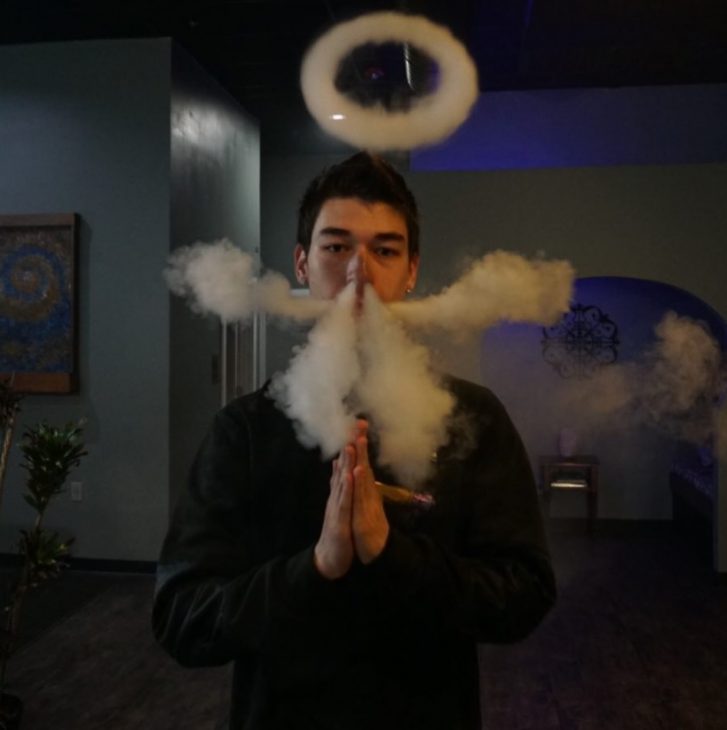 “Should I just fly you out?” the rapper asked.


Soon after, Lawrence claimed the title of the Vape God.

Who is the Vape God?

In the city of New Brunswick, New Jersey, The Vape God dwells. Austin Lawrence, 21, the co-owner of Vertigo Vaporium has more followers on Instagram than his hometown has inhabitants. To be precise, more than 500,000 people are following Lawrence’s social media outlets. Drake, the famous rap star is one among thousands of his fans. Lawrence did nothing but vape. How did vaping launch him high in the clouds you may ask?

Well, this 21-year-old is what vapers call a tricker. Besides regular vaping, Lawrence uses his vape gear masterfully to create artisan clouds of vapor or known more as vape tricks. Moreover, he is documenting his craft on social media, which ensured him the title of most famous tricker. Once observing his skills, people are mostly left wondering how what they saw was possible.

The Double Lasso, the trickiest of them all

What brought him the title of Vape God are the unique and authentic tricks he performs. Double-helix tornado, the triangle, and a mesmerizing double lasso, which is one of the hardest skills to master, are just some of the plethora of tricks coming out Lawrence’s vape.

The trick begins with the Vape God puffing out a foot size big ring. Doing it as fast as he can, he then blows a smaller one that wraps the bigger one. Lastly, he puffs a final smaller one that pulls the previous two like a lasso. Both with his mouth and his body movements, he appears to be dancing upon clouds, controlling them like a Jedi controls the force.

Given his skills, no wonder famous rapper Drake has decided to boost his Instagram by posting Lawrence’s video. As soon as Lawrence familiarized himself with this, the rest became history. Drake messaged the Vape God to hook him up with a vape starter kit, and the next thing happening was Lawrence is on the plane to Los Angeles.

After this fortunate encounter, the Vape God’s Instagram followers are approaching over 500k.