Dealing with Smokers – In Real Life And On the Big Screen 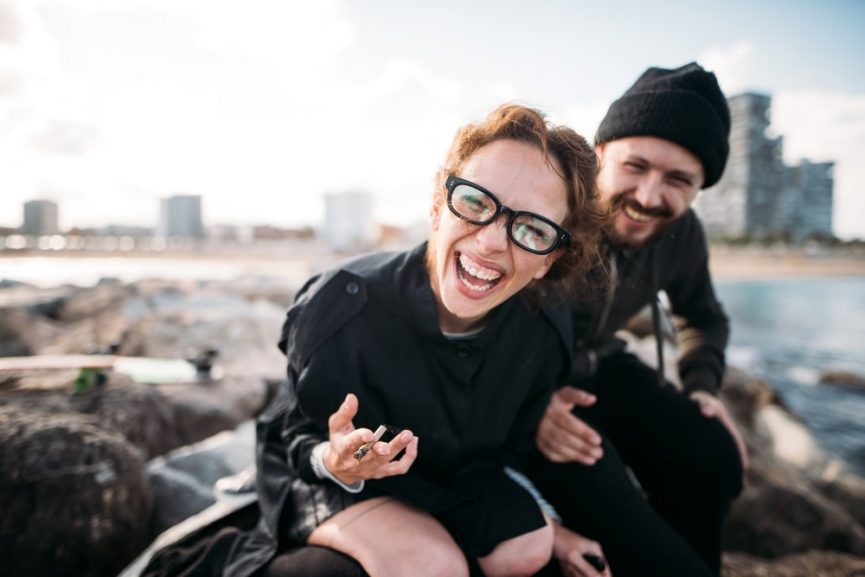 One of the biggest threats to someone who is quitting smoking is seeing other individuals smoke. It can trigger an immediate craving and desire for a cigarette and can be very difficult to withstand. Seeing others doing what you aren’t allowing yourself to do is difficult, especially because you’re constantly thinking about how you want to do it. There’s no doubt it’s tough. But the key is to learn to manage your triggers and cravings when these situations come up.

Smoking Rates Are Down?

This trigger is one of the worst because, even with the stigma, taxes, and restrictions, people still seem to be puffing away everywhere you look. Whether it’s watching your old smoking buddies at work head out for that coveted 2 pm smoke break or seeing Brad Pitt play the coolest chain smoker ever in Fight Club, you’re going to run into cigarettes all the time.

Seeing actors who smoke in movies can be a serious trigger. For example, when characters are smoking cigarettes in any popular American movies, they are typically portrayed as cool, collected, different, or mysterious. And they always seem to have the best smoking technique; from the way they hold it to the consistently perfect drag. Seeing cigarettes portrayed in such a positive light tends to bring on very strong cravings.

And then in the real world, you have to deal with smokers who are not in the quitting process. These folks tend to glamorize cigarettes, hyping up the coming smoke break or getting really excited at the mention of burning one. There is no doubt that this trigger is one of the toughest, but there is no need to turn off the TV or cuss out your smoking co-workers, you can handle this with a few simple coping skills.

Understanding Why it Happens

Knowledge is power, and this is also true when it comes to coping with smoking triggers. Understanding why people crave cigarettes when they see others smoking can help to prepare you for when it inevitably happens. It’s neither beneficial or healthy to lock yourself away for weeks or months while you quit, so let’s take a look at why it happens and how you can cope.

In a study, Todd Heatherton, PhD, and Dylan Wagner of Dartmouth College proposed the idea that seeing the repetitive motions associated with smoking from a second person perspective would trigger an instant desire to smoke. Through their study, they were able to confirm this idea. Because smokers repeat the same motions day after day while they smoke, the brain associates both smoking and the behaviors associated with it in the same file. Thus, addiction is based not only on physical dependency but also on the behaviors and rituals associated with it.

When your brain processes these other people doing something it has so long associated with smoking, it reacts with chemical changes. The activity begins to escalate in the parietal lobe. Researchers were able to pinpoint that the brain activity was associated with the same hand that the subjects normally smoked with. This points to a direct correlation between seeing actors who smoke in movies and experiencing the desire to smoke cigarettes. While researchers were unable to define whether or not this placed smokers at an increased risk of relapse, many smokers will tell you that the cravings become more frequent and intense during situations where others are smoking.

How to Beat the Cravings

The extreme method of avoiding all of this would be to simply turn off the television and completely avoid smokers for a few weeks or months. But that’s avoidance, pure and simple. Certainly, do avoid these things for the first week. But after that, it’s best to learn to cope with the triggers so life can return to normal and you can get more practice handling the cravings.

Within a month or two, you’ll probably be able to actually watch movies with chain-smoking protagonists or engage in conversation with a group of smokers. So let’s talk strategy.

Keep Your Guard Up

You’re not going to go the rest of your life completely avoiding the sights and smells of people smoking, and it will definitely become easier to handle as you move further away from your addiction. But you have to always be aware of triggers and be ready to handle them. Ex-smokers who haven’t taken a puff in decades have picked up the habit again out of the clear blue air. Good luck with handling the sight of others smoking, and just remember that cigarettes are never as tasty, cool, or satisfying as they look!