Talking Parents: 5 Ways to Talk To Your Teenager About Vaping 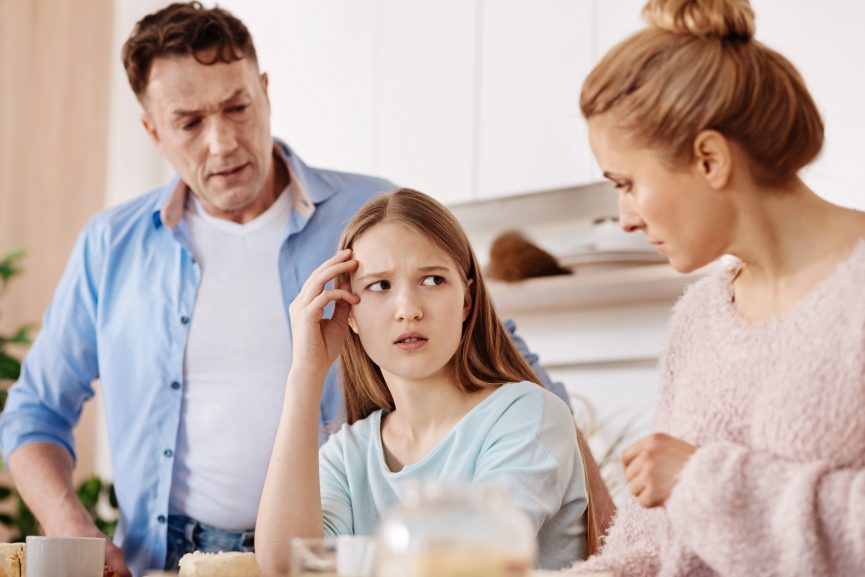 Parents not only have to worry about their kids becoming potential smokers, now, they also have to worry about young Bobby and Jenny becoming vapers. Vaping and e-cigarettes were once thought to be the answer — here was a safe and non-toxic way for smokers to get their nicotine fix without combusting tobacco. Before thinking about how do I get my child to stop vaping, find out the reasons.

But now, it seems, some parents see vaping and e-cigarettes as enemies rather than allies. It would, of course, be very easy to just point parents in the direction of all the numerous studies that have shown vaping e-cigarettes to be less risky and much safer than tobacco smoking.

Except, as our first piece of advice will show, facts and studies and statistics do little to convince people of what they instinctively feel. While parents might be helped by reading up on vaping studies, they are still going to want to try and prevent their children from starting vaping in the first place.

Just the Facts Won’t Do

Knowing that something is bad for you does not necessarily prevent you from engaging in that dangerous behavior, just ask anyone who’s eaten an entire pizza by themselves. Teenagers, and adults for that matter, regularly do things they’re not supposed to but that doesn’t mean you shouldn’t educate them anyway.

Just remember to avoid a stern, serious lecture replete with the latest scientific studies showing the harm (or good) that vaping devices can cause. Bombarding a teenage mind with facts, figures and more school-related words is a sure way to lose your audience.

Put Yourself in their Shoes

If talking parents and engaging with your teenager is your ultimate goal, then there’s nothing better than a good, old, opening question. “Why do you vape?”, “What’s the attraction?”, “What do you like about it?” are just a few examples of how to get the vaping conversation started without making your kid roll their eyes and walk away.

Never mind the fact that asking a teenager’s opinion on something is a great way to build trust and encourages them to express views they may have already formed prior to you asking them.

Find Out As Much As You Can

Vaping technology has advanced in the years since e-cigarettes first appeared around 2010. Many devices are much smaller, inconspicuous and easier to operate than some initial models. Not to mention the fact that e-cigarettes have a certain transgressive appeal.

These are just some of the reasons why your kid has started to vape. Maybe they like the technology. Maybe their friends are doing it. Maybe they want to try something that is relatively safe but has a particular danger attached to it as well.

Any rebellious mind, especially an adolescent one, will take swift prohibition of a specific activity, like vaping, as motivation to keep doing it. So, if you do discover your teenager has started vaping, find out as much as you can before you bring down the hammer.

Whatever the reason your teenager gives for wanting to vape – peer pressure, social acceptance, experimentation – you’re still going to have trouble understanding it anyway.

But the fact that you are trying to find the reason means a lot. Instead of being the downer that your kids expect you to be, try first to understand why they might be vaping, rather than prohibiting it outright.

It’s Not the End of the World

Measure your response. You might not be happy that your teenager is vaping, but try not to equate the relatively safe activity of vaping with the imminent destruction of the world.

The fire and brimstone approach, where vaping is on par with heinous acts like puppy murder or eating Tide pods, will only lose your teenager’s attention and make them not take you seriously in the future.

When it comes to vaping, at least, you should be ready to make some concessions, like admitting that it is not as dangerous as smoking real cigarettes or as experimenting with legal and illegal drugs.

But, at the same time, you should also be straight with your kids about the potential dangers of nicotine (and how addictive it is) and the fact that a lot is not known about the long-term effects of vaping. By providing both sides of the argument, you can show yourself to be a reasonable and measured parent rather than a strict, disciplinarian.

Parenting would be a lot easier if your kids never grew over the age of four and if parental laws held as much weight and circumstance as societal laws. But that’s just not the case.

As much as parents would like to shield their children from the dangers of the world, they often overlook the fact that their shielding is either doing more harm than good or motivating your teenager to break free from the strictures of your protection.

If you don’t want to be stuck on the merry-go-round of parenting, wherein you prohibit something only to discover that the transgression continues and then you prohibit again, try understanding that your power has limits.

It’s not easy, of course, but talking parents your teenager that vaping is not without its risks, while also acknowledging that they are probably going to do it anyway and you won’t be angry with them, relieves you both of having to live up to unrealistic expectations.

If you are a parent who remains unconvinced that vaping and e-cigarettes are a safe and permissible activity, you might be served by reading up on the latest studies to come out about vaping.

But, if no amount of scientific literature will convince you, then hopefully these pieces of advice will help you have a fruitful and productive conversation with your teenager about vaping and its potential risks.