V2 is famous for versatility and variety and make everything from minis to normal vaporizers. The V2Pro Series 3 is a 3 in 1 vape pen. It’s one of their most popular offerings to date. Let’s see how true the manufacturer’s claim that the Series 3 is all about high-quality and supreme performance is. 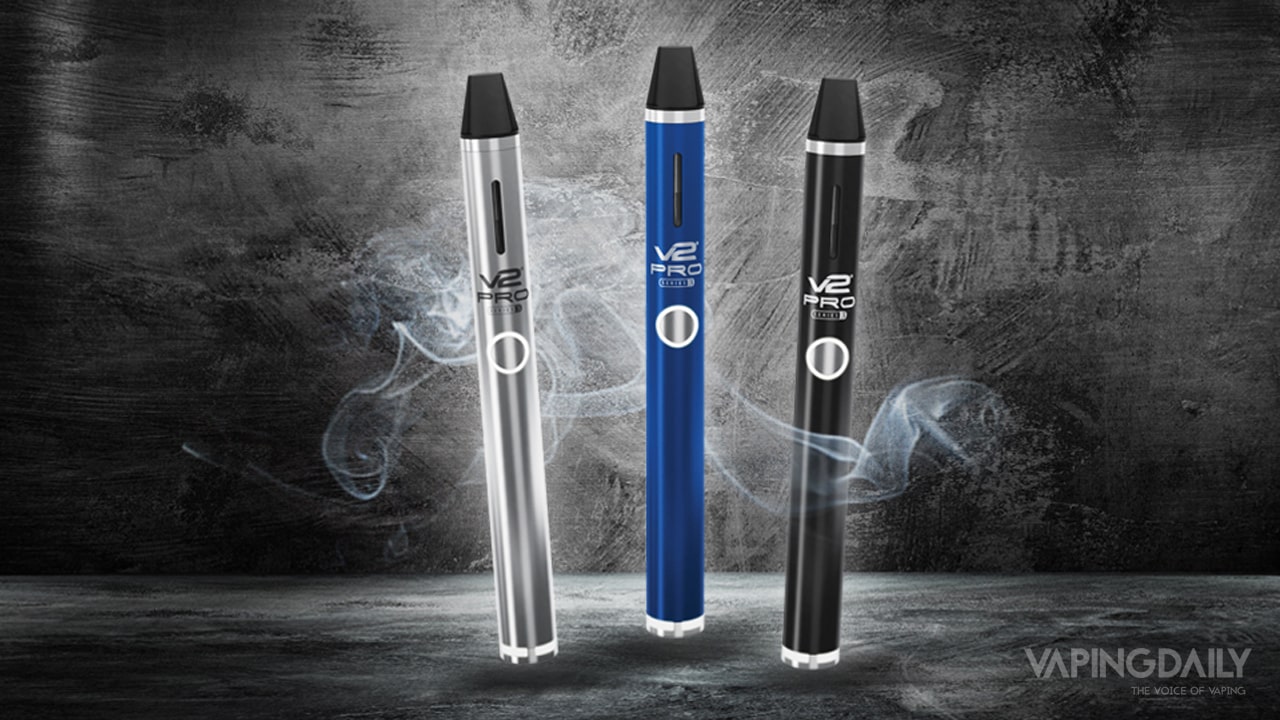 The new Series 3 vaporizer by V2 Pro, comes with a variety of new features, enhancing the vaping experience to the maximum. The Series 3 brings the user adjustable settings, compatible sub-ohm cartridge technology, and micro-drilled LED indicator lights, expanding upon the technology of the Series 3. The key selling point of the Series three is its compatibility with the three main vaping mediums i.e. e-liquids, dry herbs, and waxes. The V2Pro Series 3 is available from $49.99 directly from the manufacturer’s website.

Despite being one of the most sought after vape pens, it has its pros and cons – just like any other gadget under the sun, let’s take a quick look.

For the first-timers, who may not have any idea of how to go about this new experience, V2.com sends users personalized starter packs which include your vaporizer, S3 Liquid Cartridge, S3 Sub-Ohm Liquid Cartridge, Interchangeable Atomizers, a user manual, and a USB charger.

This vape pen is also compatible with a dry herb cartridge that makes it easy to enjoy a variety of loose leaf dry herbs.

The look and feel of the V2Pro Series 3 is sleek. The slim line makes the Series 3 portable and easy to use. The newly introduced variable temperature and voltage settings allow the user to manipulate the heat level, giving them a custom experience and a personalized taste. The temperature settings work uniquely; the device automatically adjusts according to the cartridge you insert. 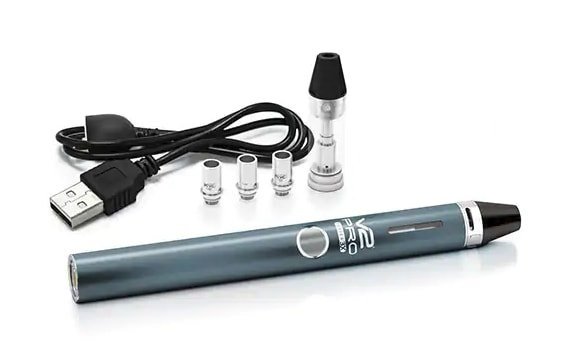 The motion activated LED battery sensor displays the battery life, letting the user know in advance when it is time to charge their vaporizer.

What are the Specifications of the V2Pro Series 3?

Battery life is good, being robust enough to last about 12 vaporizing sessions before it needs to be recharged.

The tank attachment is impressive. Unlike other tanks that leak, the V2 Pro does not. Leaks are a common frustration for many users. Clouds are not as massive as other e-cigarettes and tank combos, but the vapor it delivers is warm and satisfying to the user.

V2 Pro Series 3: Cartridges for All

V2 Pro Series 3 speaks out to the entire spectrum of vapers with its revolutionary 3 styles of vaping. V2 Pro has expanded its product laterally to include dry-herbs, e-liquid, and wax vaping in a single battery but kept a tab on advanced features like temperature control, curve setting or voltage regulations. This allows for a straightforward design that is great for beginners.

A single button takes the command while an intelligent chipset inside the mod automatically detects the inserted cartridge and regulates the vape power and temperature. It is quite similar to a mech mod but with certain functional limitations, especially in the dry herbs department.

The V2 Pro Series 3 waxes/dabs/concentrates vaping experience is a bit harsh on the throat. The mod is programmed to bake the waxes at three preset power levels, all above 500°C and vapers are bound to get the classic wax harshness while vaping at full power settings. For a less harsh vaping experience, its advisable to go for long draws on minimum power settings.

The dry herb vaping experience in the V2 Pro Series 3 is satisfying but nothing compared to other portable dry-herb vaporizers. The first two or three hits is full of flavor but very low in density, which reverses from the third or fourth hit. The dry herb chamber takes a fair amount of time to get to its peak performance which offers good density but low flavor. The V2 Pro Series 3 Loose Leaf Cartridge has a stainless-steel bowl which won’t be able to provide the rich flavors of a ceramic-bowl vaping. However, it does extract the deep-seated oils out of the dry herbs and is a bit faster than the average ceramic dry herb vaporizers.

In terms of performance, the e-liquid cartridge provides the best vaping experience out of the three cartridges. The draws are a bit tight than the average e-liquid vaporizer. The vapor density feels like a strong puff of a cigarette while flavor extraction is superb. The vapor is consistent to the last draw, even in low battery settings. Flavor is a big plus in this device as it carries a ceramic heating surface and very controlled temperature rise, which produces no burnt elements.

The V2Pro Series 3 gives the user the ability to heat the wax, loose leaf products, as well as e-liquids. Interchangeable atomizers will help users find the perfect setting according to individual taste.

The V2Pro Series 3 is available in three colors: Crimson, Charcoal and Gunmetal and comes with a variety of choice when it comes to the metal mouthpieces – also available in different colors.

All of the components connect magnetically, making it easy to use without the hassle of having to screw everything in. The LED indicator is discreet, just like the battery life indicator.

What is the Anatomy of the V2Pro Series 3?

The V2Pro Series 3 comes with the following components:

The V2 Pro Series 3 is a unique device that can be used with e-liquid, essential oils, or dry herb content. Tanks and cartridges are connected to the V2 Pro via magnets. While easy to use, this proprietary magnetic connection means only attachments purchased from V2 Cigs and designed for the V2 Pro Series 3 will work.

The V2 Pro also detects which attachment is being used and will function accordingly. For example, if the loose leaf module is attached, the V2 Pro will function when the button is held for three seconds to pre-heat the chamber. It will then maintain proper vaporizing temperature until the button is held to shut it off again. This differs from when it is used as an e-cigarette, where the button activates the heating element to produce vapor. When the user lets go of the button, it will stop.

The V2Pro Series 3 is designed to use while charging. However, give it 20 minutes or so before you start puffing. 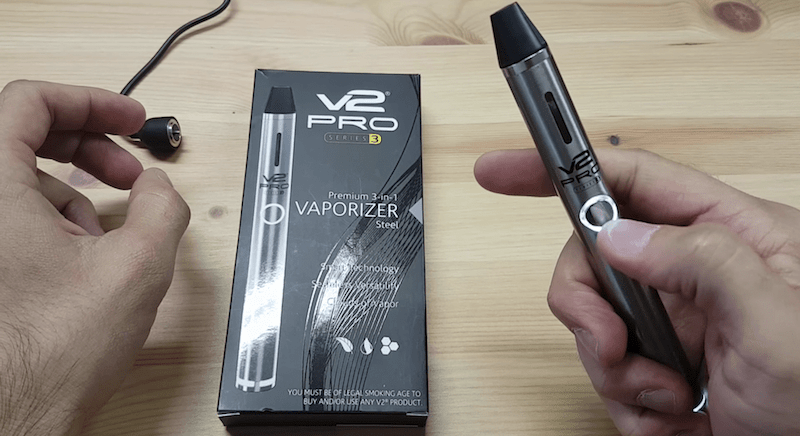 The only little hassle when switching between the vaping materials is that you’ll have to switch the cartridge.

Cleaning your V2Pro Series 3 is a wise practice as it not only keeps the flavor fresh but also ensures that your vape pen will last for a while. To clean an e-cigarette, you will need an absorbent paper towel, cotton swabs or pipe cleaners. Sticky residue or dust can be removed with a small amount of rubbing alcohol.

V2 Pro Series 3 is a unique vaping product that has very few competitors. Its one of the few 3-in-1 vape pens that can vaporize anything, dry or wet. For the price point of the Series 3, there are no clear competitors, and most other 3-in-1 variants start at almost double its MRP. Here are three best alternatives to the V2 Pro Series 3. 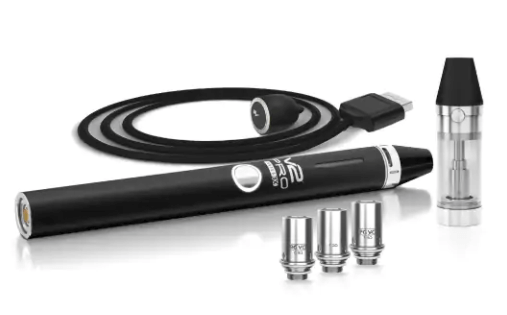 V2 Pro Series 3X – The Series 3X is almost akin to the Series 3 vape pen but with some extra features like variable voltage and temperature settings. This is perfect for vapers looking for a custom vape experience on the go. It also introduced a wide range of e-liquid atomizers for every kind of PG/VG blend, which can also be used on the Series 3 mod. 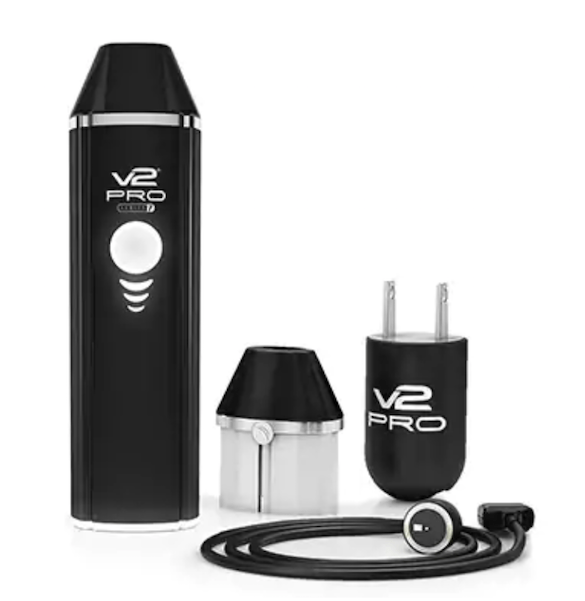 V2 Pro Series 7 – This is a giant leap forward from the humble Series 3. The Series 7 is a bigger and better variant and also carries a much heftier price tag. It has extra storage space for dry botanicals and a massive 1800mAh battery for a much better and longer vaping experience. 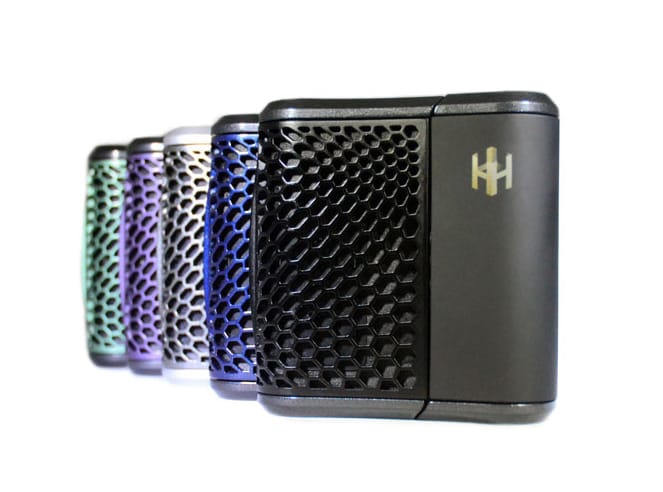 Haze Dual V3 Vape – Haze is the other big brand that goes the 3-in-1 road to give us the Dual V3 Vape. Its price tag of $249.99 makes it the costliest competitor but is also a class apart for its performance. The mod is often touted as one of the most durable machines in the vape community for its water-resistant exterior, reinforced fiberglass chassis and a stainless-steel heat seal on the lid.

V2 Pro Series 3 is a versatile mod for everyday use. It can also be a good backup vaporizer or a vape pen for outdoor use. Being very easy to use, the Series 3 can be a perfect starting point for people new to vaping. The price of the V2 Pro Series 3 is thoroughly justified and gives you a solid bang for the buck.

However, there are some cons, starting with the absence of airflow controls or any power/temperature settings. This makes it a pure and simple mech mod that you can carry around. The vapor performance is good, but it falters at thoroughly baking dry herbs. On the other hand, the vapor from oils and waxes is overpowering and sometimes too strong for the average vaper. In this case, we recommend the Series 3x or the Series 7 as it offers voltage and temperature control. The battery can feel a bit underpowered for heavy users. The 2-minute auto shut down is a bummer for someone looking for a prolonged vaping experience.