Review Score: 94/100 - 94
Price Range: $99 - $110
Color: Charcoal Black, Gunmetal Black, Deep Red Crimson
Works with: E-Liquids, Dry herb, Concentrates
Battery Capacity: 750mAh
The V2 Pro Series 3X is an improvement upon the Series 3 vape pen. It is concealable and lightweight. Users can throw it into their pocket and forget about it, without worrying about it leaking, weighing their clothes down, or showing. The vaporizer comes in 3 different colors– charcoal black, gunmetal black, and a deep red crimson.
The complete kit of the V2 Pro Series 3x comes with:

The Series 3X boasts the ability to be compatible with the V2 Pro Series 3 device and accessories but has been vastly improved upon. The unit has LED indicator lights, advanced cartridge technology, and personalizable settings, just to name a few of the new and improved settings. The design of this pen is sleek, and the mouthpiece is designed to be durable while still delivering the utmost comfort for users. As a bonus, it is easy to clean. You will get this holistic product that covers all three vaping mediums, e-liquids, dry herb, and wax.

Unlike many pens on the market, the Series 3X uses micro-drilled LED indicator lights to inform the user of how much battery it has left. This information is also accessible in a neat way. To activate this feature, users just have to give their pen a few shakes, and the motion-activated LED ring located at the bottom of the pen will glow to depict how much battery is remaining. When there are 5 green squares lit up, that means the pen is 100% charges. 4 green squares mean 80%, 3 green squares mean 60%, two yellow squares mean 40%, and one red square indicates 30%, letting the user that it is time to plug their unit in.

The vaporizer will arrive with a partial charge so the purchaser is able to enjoy their new vape right out of the box. When the user runs out of battery, all they need to do is plug their USB charger into the device. They will be able to tell that it is charging when they see a blinking red light on the unit. Once it is fully charged, the vape will display a solid green LED light.

The V2 Pro Series 3X comes with three different atomizers for the user to rotate for when they want to indulge in different types of E-liquids. There is the 1.2 ohm, the 1.5 ohm, and the 0.9 sub-ohm. These different levels affect the resistance levels the user feels when they are taking a hit. Atomizers with high ohm provide more resistance. The sub-ohm atomizer offers the lowest resistance of the three options. It is up to the user which atomizer they prefer, but for those who are not sure which to choose, the vaporizer does come with recommendations. It is suggested that vapers use both the 1.2 ohm and the 1.5 ohm atomizers when vaporizing V2 Pro’s Platinum E-liquid, along with other E-liquids that have a high PG blend. The 0.9 sub-ohm is most compatible with high VG E-liquids and is said to increase their vapor and flavor. What a user gets in flavor though, they give up in cloud size. Sub-ohms are known for not producing large or thick clouds.

Near the top of the pen, there is a ring that can be adjusted to change the rate air flows out of the unit. Users who like massive hits and mouth to lung vaping can open the unit up to its’ point of maximum airflow. However, users that are attempting to make their vaporizer feel more like a cigarette can restrict the airflow. This makes the pen feel more like taking a hit from a cigarette and can help soothe the craving to smoke.

The V2 Pro Series 3X utilizes ceramic heating, which allows its’ users to get the maximum flavor out of their chosen E-liquid. Due to the ability to choose which atomizer to use to optimize the user’s choice of E-liquid, this vaporizer also promises smooth and clean hits.

This pen has three different voltage settings to choose from, which also affects the user’s vaping experience by altering the taste of the vapor and feeling of the inhale. The lowest is 1.8 volts, then 2.5 volts and the highest is 3.3 volts. The voltage is changed by pressing the button on the face of the pen twice.

Choosing a voltage is optional on this vaporizer though. If one is not selected, the pen will automatically heat up to the optimizing voltage.

Who are the competitors in the market?

The Halo Triton II runs for a cheaper price than the Series 3X, but in this case, users get what they pay for. This vape pen only allows for sub-ohm vaping, and after fifteen seconds, it cuts off the users’ draw. This is a safety feature intentionally put into place because the battery is not capable of handling longer draws and may overheat. This unit is also less versatile than the Series 3X, as it is only capable of vaporizing E-liquids.

The eGo AIO ECO is another cheaper alternative to the V2 Pro Series 3X, but does not come with as many customizable options. It is a good vape for beginners but is not a high enough quality pen to be recommended to experienced vapers. Its only voltage is 1.85, and its exterior looks a bit tacky. Like the Triton II, it also only vaporizes E-liquid juice, and is known to leak if it is overfilled.

Is V2 Pro Series 3X worth a purchase?

This vape is simple enough for beginners to use thanks to its simple design and magnetic cartridges. However, it is still powerful and customizable enough for experienced vapers to enjoy. One of its coolest features is its stealth mode. By pressing the large round button on the face of the pen 9 times in a row, users can activate this stealth mode and dim all of the LED lights to make inconspicuous vaping easy. To turn off stealth mode, all users have to do is click the button nine times in a row once again. By clicking this button three times in a row, users can also lock and unlock their device, which prevents accidental activation.

While this vaporizer focuses on the vaporization of E-liquids and comes with cartridges that are compatible with this. However, the Series 3X is also compatible with loose leaf mediums should the user purchase a special loose leaf cartridge that is not included with the pen. All in all, this vaporizer pen is worth every penny spent on it. Depending on the atomizer used, it is able to deliver the finest tastes, the biggest clouds, or both. Its lock mode keeps users safe from unintentional leakage or battery drainage, and the unit’s stealth mode makes this vaporizer one of the most concealable on the market. The only downside to this vape pen is that once you show it to your friends, you will never get a moment alone with it. 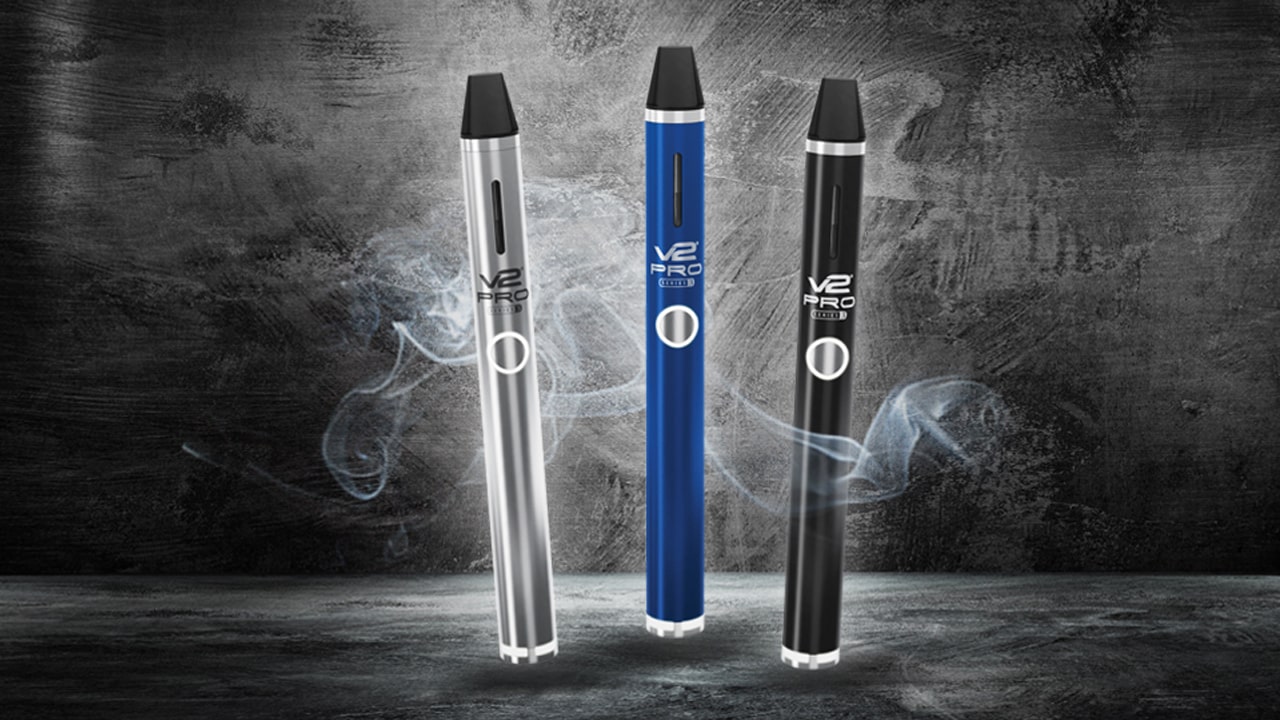 June 18, 2018
The V2Pro Series 3 is a 3 in 1 vape pen that takes versatility to the next level. Let's explore why it’s considered one of the best multipurpose vape pens.

May 29, 2018
V2 coupon code gives a massive discount on V2 Starter Kits with our 15% OFF. Extra 10% OFF promo code available for other products.