Maybe it’s the WestWorld effect, but the QuickDraw 300 series of vape pens comes on the heels of a Western revival currently in vogue right now. Except, other than the name that evokes a gunfight in the middle of town, the QuickDraw 300 series consists of two separate pens. The base model is strictly a dry herb mod, while the DLX model gives you the option to swap out your cartridges for waxes and liquids, in addition to the dry herb option.

Taking a Look Inside the QuickDraw 300

For this review, we’ll be taking the DLX model for a spin since it is the 3-in-1 model. The DLX model will make for an interesting test since previous attempts at a 3-in-1 system have not performed as well as we’d have expected.

Here’s what you get inside the QuickDraw 300 DLX box:

The QuickDraw 300 DLX box has an attractive, semi-effeminate color scheme (I’m thinking more Prince than anything else, so don’t worry) – a neon purple interior, inside of an all-white sleeve which, put together, can make for a conspicuous addition to any bookshelf since it can double as a book spine.

The device itself looks like most e-cigarettes: tubular and long. It reminded me of the tube some cigars come in, so there’s a nice reminder of the combustible tobacco days.

It is a very lightweight pen, except portability might be difficult with three separate cartridges. So if you want to carry it around with you, better load up on only one cartridge if you don’t want to run the risk of losing the other ones.

As we already mentioned, the DLX version of the QuickDraw series offers three different vape experiences, but that’s not all it has to offer:

The mod is rather easy to assemble. The DLX model comes loaded with the dry herb cup/chamber but removing it is not such a hassle.

Charge time for the DLX takes only about an hour and then switching between vaping and standby mode it can give you around 6 to 8 hours of battery life. After you’ve charged it, unscrew the top piece to reveal the chamber inside.

The chamber doesn’t astound with its size and you should take care not to smash in as much herb as you can. An over-packed chamber can adversely affect your vape, so I found that putting in enough herb just below maximum capacity works best.

The DLX features a white rim around the chamber, which acts as a measuring gauge to help you determine when you’ve gone past maximum capacity, so, that’s helpful. Oh, I forgot to mention the packing tool, which is also a great feature since packing the chamber with your fingers can be awkward given the small size of the chamber.

As far as vaping goes, while there is no separate temperature control feature on the QuickDraw DLX, what it does offer in the way of TC is rather novel. Each cartridge has a magnetic bottom with distinct contact pins so that when it touches the battery, the latter automatically “knows” what is being vaped and adjusts the temperature accordingly. Technology, yeah!

When you’ve got everything primed and ready, just press and hold the trigger for three seconds. Indicator lights at the bottom will first turn red, the orange and then green to let you know when it is ready.

The dry herb cartridge doesn’t take as long to heat up like the others. There’s about a twenty to thirty-second difference, with the liquid and wax options taking a little longer.

The dry herb vape was surprisingly full-bodied, meaning that the cloud was flavorful and hit all the right spots in terms of taste and texture. Even after a few hits, I was still able to get a mouthful of vapor, and when I thought it was time for a refill, I opened the chamber and was surprised to find my herb still potent and fertile.

Each cartridge has a unique symbol designating what it vapes (a small clover for herbs, a drop for liquids and a hexagram? for waxes). These little touches are the kinds of things I appreciate from manufacturers. They are functional, but they also demonstrate an eye for design and aesthetics that I like, so kudos to you QuickDraw.

Changing the cartridge wasn’t so much of a pain, but make sure to wait till the chamber cools down since each of them can get pretty hot when heating. The wax bowl, just like the dry herb chamber, doesn’t require a tremendous amount of wax, about a half a gram should do the trick.

One thing that I found with the liquid cartridge was to hold it with the battery facing down, while it was heating, to let the liquid soak into the coils for a more supercharged vape.

If you have aspirations of being a cloud-chaser or you just want to feel like you have a hurricane localized inside your room, the wax and liquid options are the best options. The liquid vape should be preceded with a quick burn-off and priming to get the most out of your vape session.

Other Draws Of QuickDraw 300 DLX

The 650 mAh battery provides enough juice to keep you happy for, as we mentioned, 6 to 8 hours, as long as you put it in standby mode. But should you end up sapping the life out of your battery, the DLX can be vaped while it is charging.

I mean, there’s a lot you can do for $40. Take your girlfriend out for a meal at a mid-range, chain restaurant, (sorry, baby), go to the movies (on discount days) or buy yourself some nice socks (you need socks, man).

So if you only vape herbs, then save those $40 and get the base model. The DLX model is for the Renaissance vaper and if they are willing to spend that money to have an all-in-one device than they should.

How It Stacks Up

Since I tried out the DLX model, it made sense to stack it up against the other titan of 3-in-1 pens, the V2 Pro Series 3. The V2 Series 3 does cost less and produces quality vapes, but the herb and wax cartridges have to be bought separately, so in that department, the QuickDraw DLX has it beat, even though it does cost half as much.

Riding off Into the Sunset

I know the QuickDraw has little to do with cowboys and Indians, but I just couldn’t help myself. I had to use “ride off into the sunset” somewhere in this review and what better place than the end.

Anywho, the QuickDraw DLX 300 is, like the Honda Civics of yore, a tight little package. If you are looking for the ease and convenience of having a threeway vaporizer, then the DLX is an excellent choice.

I was especially impressed by the “smart” temperature control with the battery recognizing each distinct chamber and heating it accordingly.

It did get hella hot, and there’s even a warning on the chamber, so absent-minded vapers might get a little shock when they try to change out the cartridges.

The herb chamber was a little bit of a bother to load, but the packing tool more than made up for it.

With that said, pilgrims, I was happy with the vape quality of each of the three cartridges. There was no trade-off concerning quality or flavor when switching from herbs to waxes or liquids. And consistency means a lot in the vaping world, especially when it comes to what we’re all here for the bountiful, flavorful clouds. 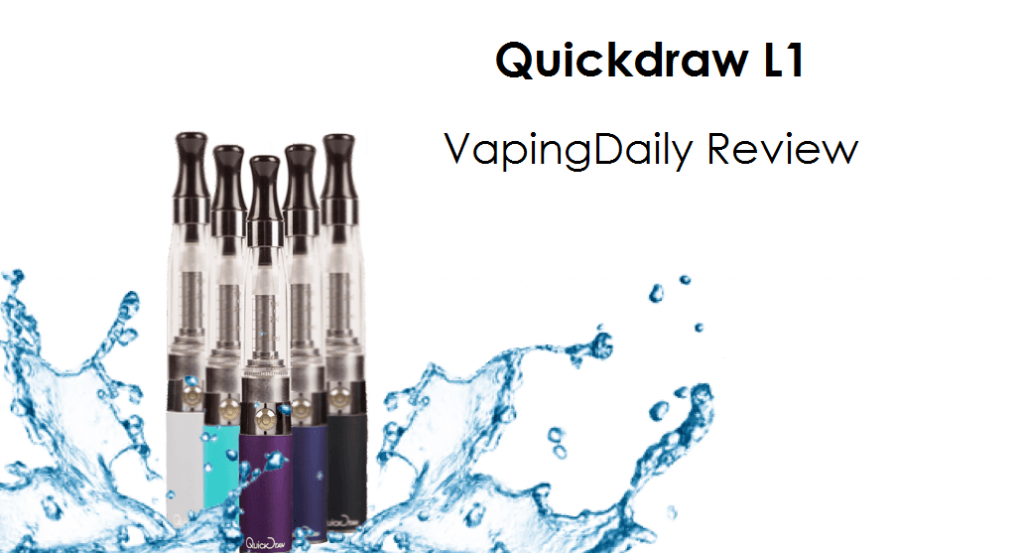 June 22, 2018
Portable 510 Quickdraw L1 1.6ml vaporizer pen is still trendy in July 2022. See why the Quickdraw L1 vaporizers fall into a realm of its own in this comprehensive review. 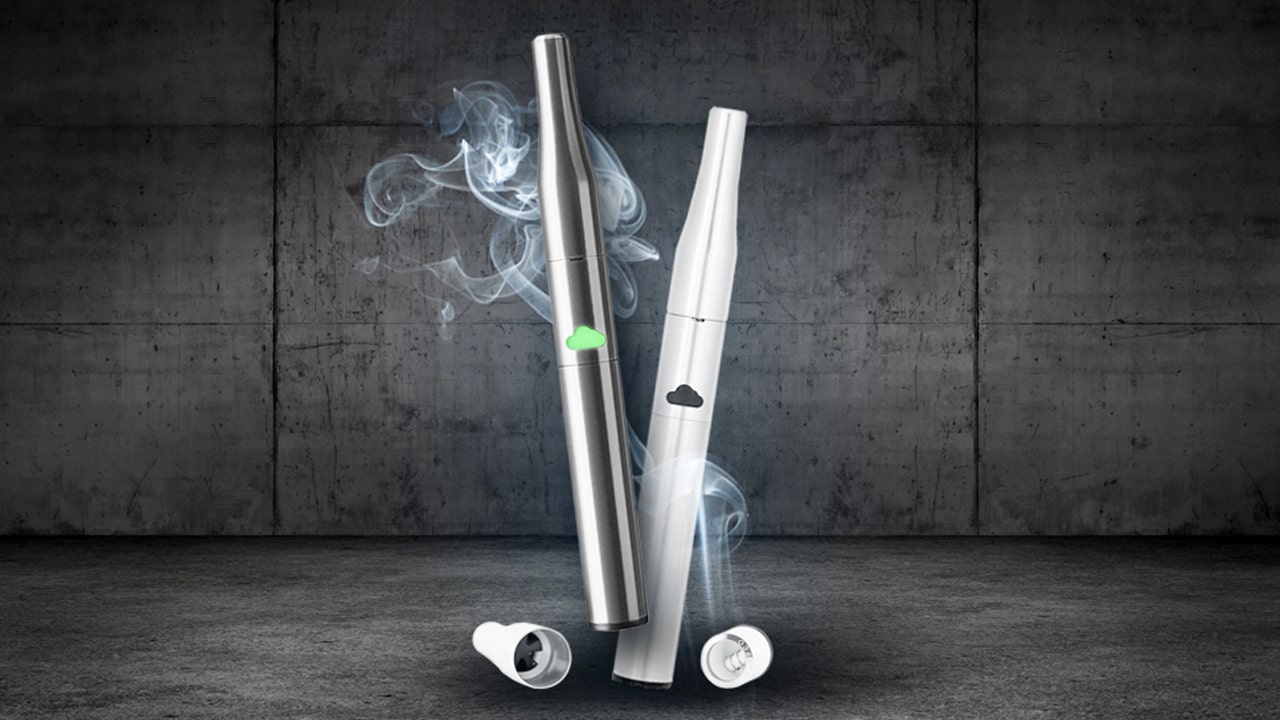 October 18, 2017
Puffco Pro 2 wax pen and Sesh Mode features make for a small, elegant and easy to use device. Find out about its 3 heating settings and more features here.