Innokin Endura T18 released a highly functional vape pen starter kit providing the ability to vape with a long-lasting built-in battery, and a device that utilizes its sleek design and single button function to offer the very best out of each vaping session.

The second vape by the Innokin that is designed initially for beginners, the Innokin Endura T20 Vape Pen, — is a standard pen-style device specialized in creating deliciously flavored clouds. It is very convenient to bring around, to travel or carry in a jacket or trouser pockets. The protective cap is a great addition to the T20.

Hosting some of the traditional Sub Ohm vape pen styles it tell they’ve managed to make some great changes and overall make the Innokin Endura T18 an impressively safe and secure structure and design. With the large button and the smaller diameter of the battery, T18 is easy to hold and use.

And what about T20, filling in the Innokin Endura T20 Prism vape tank is simple, despite not being able to swap out the coils without first draining the e-liquid. Using the Innokin Endura T20 is as easy as loading the tank or changing the coil. Press the (unique) button three times to turn on and off the device. Then hold down the button to vape. 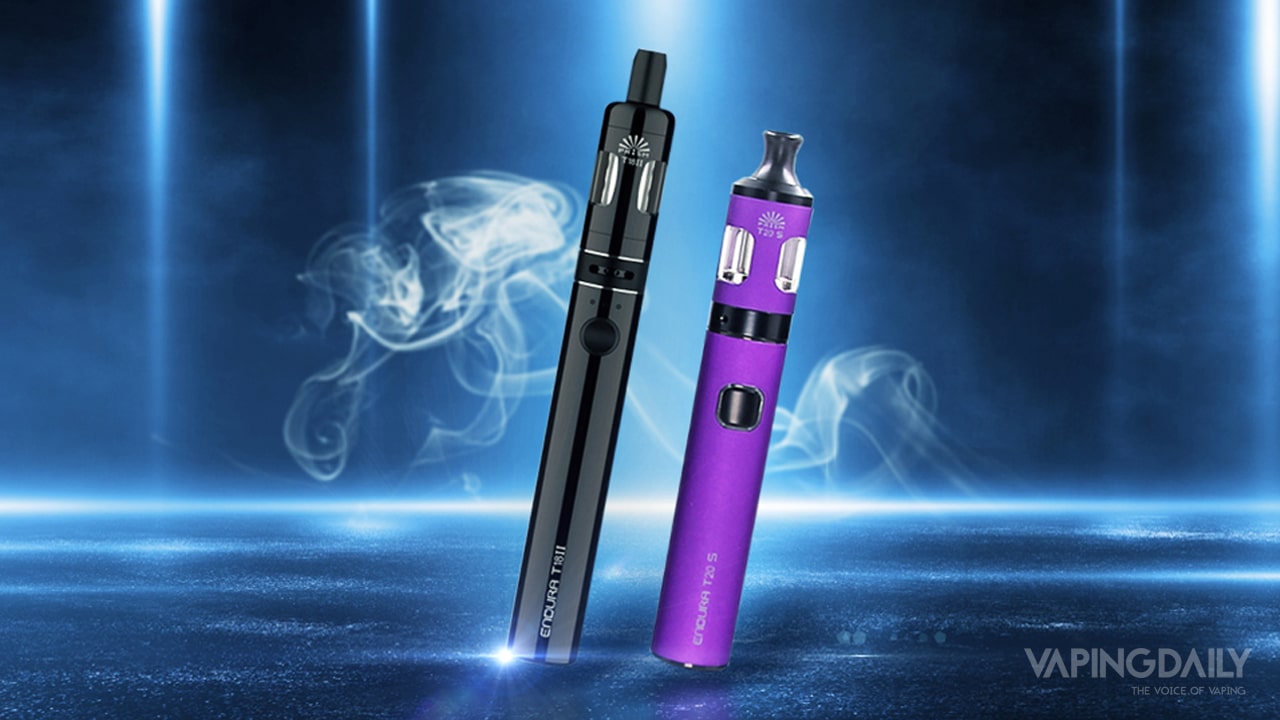 The combination between the 1000mAh battery and the 1.5 ohms coils provides an amazing amount of performance with this device. Which keeps up with the high standard of quality with the design.

The 1.5ohm Prism style coils provide a huge amount of vapor production, along with an intensive flavor and long-lasting taste on the tongue. For a starter kit, it impresses with the atomizer.

The 1000mAh battery leaves behind plenty of charges throughout the day, so there’s more than enough power to easily keep vaping. The combination between the atomizer and the battery controls the amount of battery power required to use the device, really stretching the total power on time as far as possible. Expect to take around 1-2 hours to fully charge the device. 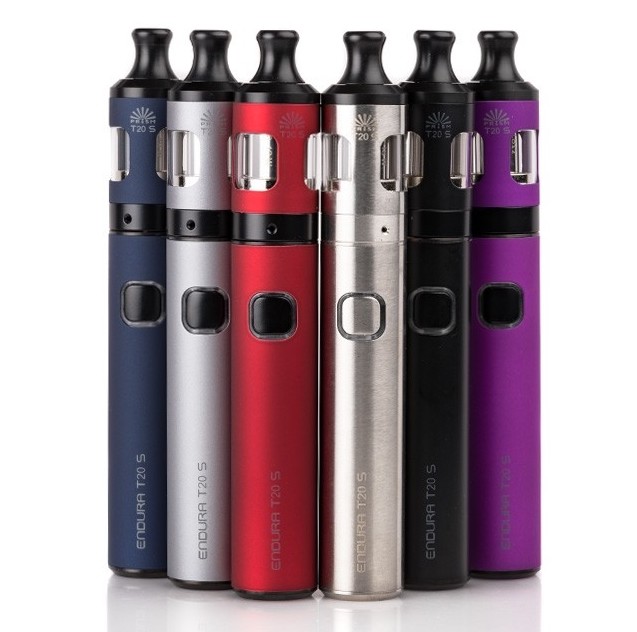 In regards to improvements for this device, there are only really two that make a huge difference to the device:

In summary, the Innokin Endura T18 is a great choice for any entry level sub ohm vapers looking to get into the world of sub ohm vaping. The starter kit offers much the same performance as many of the leading larger sub ohm devices; while managing to keep the device simple and easy to use.

This little device could also satisfy the more experienced users. The obvious lower vapor power and the taste did not block vapers, on the contrary, given the battery power, it does more than the job! The coils are performant and produce a rich flavor, and the protective cap is a strong plus to the Endura T20.

A Battery That Won’t Let You Down

The built-in 1500mAh battery is extremely easy to charge thanks to the USB cable. It took us between 1h30 to 2h to fully charge the battery, and two days to use it up completely, which is a brilliant performance. The Innokin Endura T20 battery has a basic colors code that points out when it is fully charged (green light), half charged (yellow light) or when it is time to recharge (red light). Difficult to make it easier.

Filling in the Innokin Endura T20 Prism tank is simple, despite not being able to swap out the coils without first draining the e-liquid. Simply unscrew the whole tank and remove the battery. Then hold the top cap and unscrew it from the tank, before adding the e-liquid against the glass side. Make sure you avoid the central chimney and don’t overfill. Then simply screw the top cap back, and it is advised to leave it for 10 minutes before starting to vape.

Both devices are compact and share a quite similar slim light design. They feature a unique button technology, which makes them extremely convenient and easy to use. The Innokin Endura T20 is designed for MTL vaping and therefore features 1.5-ohm coils. It also has a larger battery capacity (1500mAh vs. 1000mAh for the T18), which makes a small but noticeable difference regarding vapor quantity, smoothness, and quality.

However, the T18 remains a strong contender and wins the chamber capacity race. It features a 2.5ml e-Liquid capacity, doing better than the T20 2ml chamber. Despite a slightly weaker battery, the T18 is still able to produce a quality vapor.

Lastly, while the T20 features an added removable cap that improves its portability and acts as a base stabilizer also, the T18 allows to vape while charging, which we appreciate.

Both devices would be great fits for beginners. The T18 and T20 look overall similar and cost pretty much the same. However, small but noticeable upgrades make the T20 top 1 product, even if the T18 is not far behind.

Innokin Endura T18 and T20 Place on the Vaping Market

The JAC Vapour S-Series 17 has an internal 900mAh battery, a shade above the T18’s 1000mAh battery capacity. While T20 could have 1500mAh the S-Series 17 fades away in the performance competition. 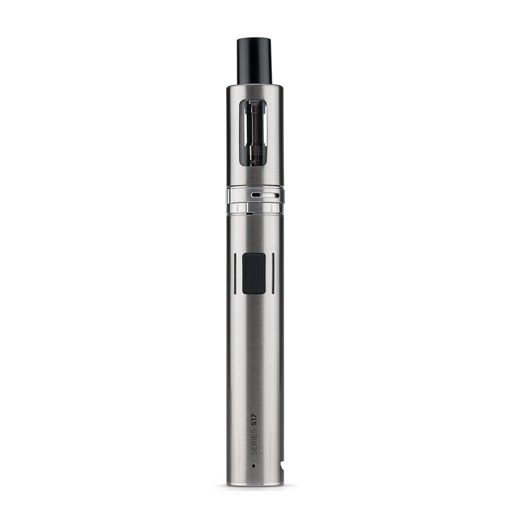 JAC-Vapour-S-Series 17 is a hybrid, as it can vape sub-ohm coils, as well as mouth-to-lung coils, unlike the monofunctional Innokin Endura vape pens T18 and T20 whose lowest minimum resistance is 1.2ohms. The S-Series 17 is only a few dollars more than the T18, but it loses in usage (T18 and T20 have 1 button to turn on) and bigger tank capacity(2.5ml and 2ml).

The Halo Triton II features a lower capacity battery of 700mAh (two come in the kit, and a 900mAh option is also available), and a 2ml clearomizer tank, which includes a coil that can vape as low as 0.75ohms, unlike the strictly above-ohm capabilities of the T18. 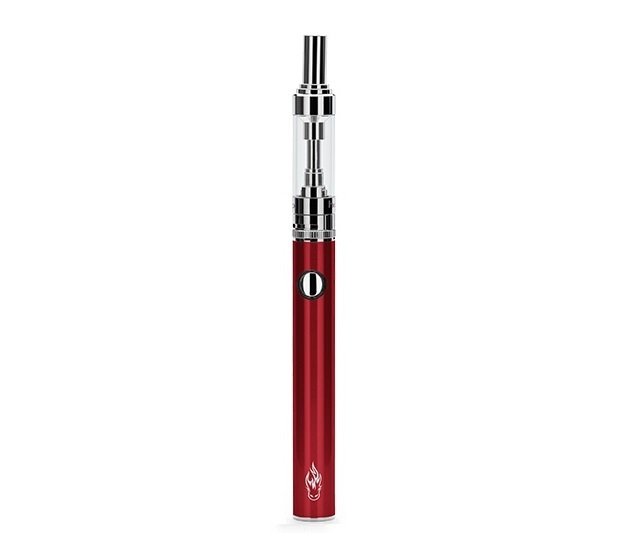 The Triton II stands at close to 4.4 inches in length, compared to longer T18 at close to 7 inches (with the tank attached). Both the T18 starter kit and T20 win Triton II in a price and battery duration.

Innokin Endura T20: Convenient For Everyone

With the starter kit becoming available around $30, these devices are impressively cheap. No spare coil can be an issue for some people, but not really for us in fairness. A unique usage button is always winning, they make life so much easier.