It amazing how much incorrect spelling is in vogue these days. There’s the Juul, the Cync, the Clout. And now, the latest in the creative spelling category is Evol Vape and their new Stealth Kit Skillet device.

The Stealth pen offers a 650mAh battery that you can charge while vaping. It has two ceramic rods, wrapped in titanium, so you know you are getting a powerful and well-thought-out device when it comes to proper voltage/coil materials combination.

Evol Vape has a lot of great products out, and the Stealth is a hybrid device that borrows elements from its other models like the Reclaimer, which means the Stealth comes with three different temperature settings.

Here are some of the Stealth’s other features:

The Kit You Get

The entire kit comes included in a slick, metallic hinged case with “Stealth” written in white letters on black metal. Not exactly what “stealth” means, but I digress.

The Stealth, at least to my eyes, is not a great-looking device. It’s cheap-looking; a device hastily designed and put together to meet a product launch deadline. It currently sells at a discount, for around $40 (down from $60) and there’s nothing about the Stealth that jumps up and screams out at you, “Buy me!”

And in a market as competitive and cut-throat as vaporizers, there has to be at least some effort at distinguishing your product from others. The device only comes in one color: black. The battery capacity isn’t that much more powerful than similar models like the DL1 Pen from Clout or the Keymaker from Mig Vapor.

The device is easy enough to use, with unscrewable tops and mouthpieces. The packing tool comes in handy, but it is pretty standard with all dry herb or wax and oil vaporizers. So apart from the “upgrade” of having three different temperature modes, (again something not out-of-the-ordinary), there’s not much to recommend the Stealth.

Of course, what all vaporizers live and die by, is how well it performs and what kind of satisfaction it delivers. So I put the Stealth to the test. I filled up the tank with some of the same shatter that I used to review the similar DL1 from Clout.

And along with incorrect spelling, the good folks at Evol found another way they could be extra cool. They thought it would be super rebellious by switching up the universal sign for “hot” (represented by red) with the universal sign for “cold” (represented by blue), because “we’re different man, we don’t play by your rules.” Ah, those pranksters.

I took apart the chamber from the battery, put in a portion of my shatter, and closed it back up again. I started with the medium temperature setting, purple. The Stealth heated up rather quickly, due to the power behind the two ceramic coils.

The mouthpiece was comfortable and easy to use, and when I took a haul, I noticed the draw was smooth and required little effort on behalf of my air bags. Any further complaints I had about the Stealth were silenced when I inhaled a nice, big vaporous puff of wonder and magic. This baby definitely blows.

But moving on to the hottest setting (blue lights) I found that the device got a little warm, along with delivering less and less flavor. It was maybe a little too much power and ended up burning the wax straight-up, instead of vaporizing it.

After testing a few devices that had no control features, I was relieved to find that I could at least change the temperature on the Stealth. But, at the same time, I was disappointed that the highest temperature setting was a bit too intense and delivered a charred taste (a little, it wasn’t a dry hit or anything).

I wasn’t entirely sure whether the Stealth is intended as a starter kit, but it was relatively easy to use. It’s not a complicated device, and the Stealth even comes with its own instructional video, even if it doesn’t deliver on any of the Stealth’s specs.

I’m not going to lie; the Stealth is a powerful device. The vape was plentiful and full of flavor, but again, the latter did taper off a little after a few hits, and especially when the temperature was set higher. But the amount of vapor coming off of the mod was impressive.

The words “run-of-the-mill” come to mind. I mean, I feel for designers who might be lost for inspiration on how exactly to differentiate their devices or how to make them appealing, but the designers must have been off on the day when someone dreamed up the design specs of the Stealth.

For a device called “Stealth,” it isn’t that stealthy, especially when it comes to carrying a case bigger than most smartphones, with the word “Stealth” emblazoned across it. I wasn’t impressed by how it tries to be something it’s not.

At it’s discounted price of $40, I would maybe give the Stealth a second glance. But no way would I take the Stealth over other devices like the aforementioned DL1 or a PuffCo Pro 2.

For a wax or concentrate vaporizer, the Stealth looks more like an e-juice vape pen than for what it is intended. Other wax or oil pens benefit from a smaller size since they don’t need so much juice (pun intended) to vaporize a wax or a liquid.

So it was almost counter-productive for Evol to make a larger vape pen with a bigger battery that didn’t need to be that much bigger, especially if you sacrifice size and portability for a more powerful mod.

I think that Evol should go back to the drawing board when it comes to the Stealth. And it seems that they have since they recently released an upgrade of the upgrade, with the Stealth Pro Air that features adjustable airflow, and a gunmetal finish that does stand out. Finally!

The Stealth was a disappointment since Evol does make a lot of cool, unique products that are design-forward. But it just doesn’t have that extra umpf! to make it stand out from the other fine mods it manufactures.

I give the Stealth an unstealthy 6/10.

Fogpen 3-in-1 High End Vape Review: A Vape Mod for All Seasons

November 6, 2017
The Fogpen is a three-in-one device that lets you pre-fill your cartridges for on-the-go vaping in a pen-like mod. Read our review here. 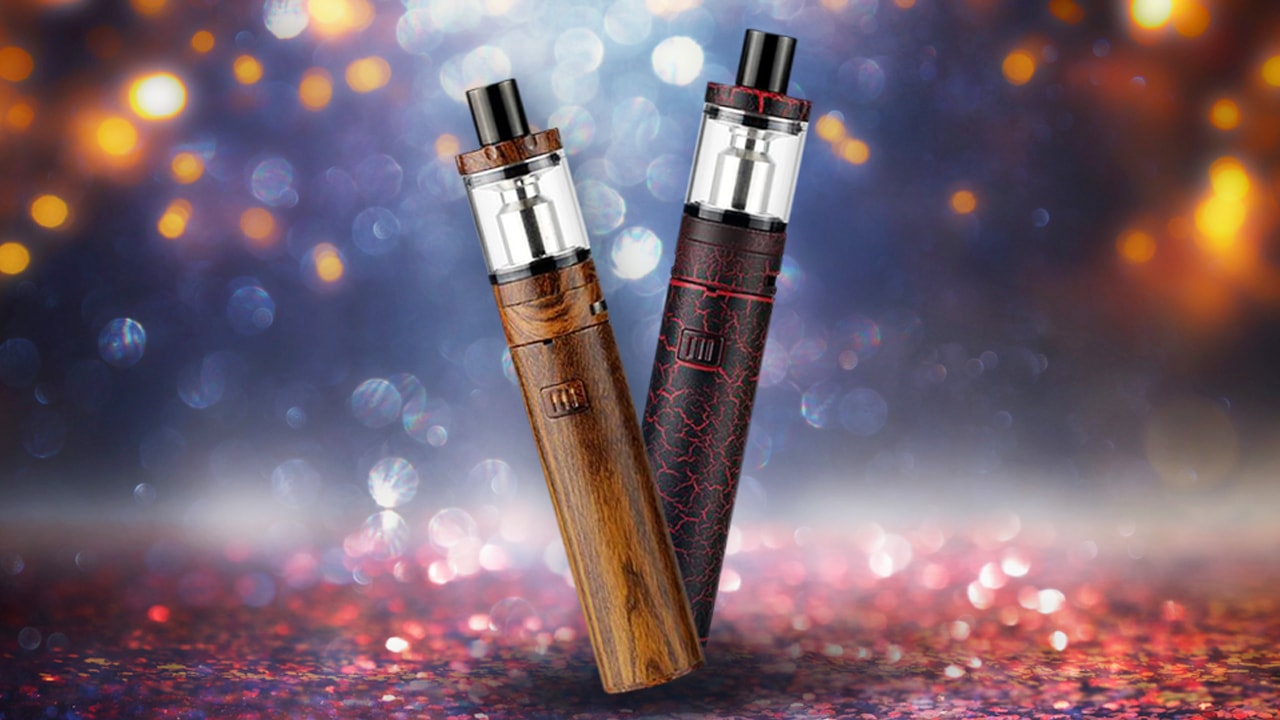 May 25, 2017
Eleaf IJust S Vape Pen Review. Find out new features, prices, pros&cons of each device, and even more about this vape in our review.

One comment on “Evol Vape Stealth Kit Vape Review: Vape Below the Radar”