The Sinuous FJ200 from Wismec has a sexy name with a muscular, metallic build that is a manifestation of the dual, internal battery system that allows it to output 200W. The Sinuous FJ200 is supposed to be an update, or at least inspired by, the other dude-inspired box mod from Wismec, the Predator 228.

The Predator flew over my radar, perhaps because it was using its cloaking device, but after receiving the Sinuous FJ200, I decided to get a Predator as well to compare the two.

Wismec has always been a reliable manufacturer of hip, cutting-edge box mods that put as much emphasis on aesthetics as they do on the internals of a device.

Wismec has used another design team on this box mod, Sinuous Design (hence the product title), instead of their usual designer, uber-hipster JayBo. And just by looking at the device you can already note a change.

Whereas the JayBo designs were much more streamlined and restrained, the Sinuous tears off its shirt to show off it’s rippling, metallic biceps. The device has two side stainless steel panels, one of them being the firing bar with an all-around metallic zinc alloy build.

The Wismec Sinuous FJ200 also makes use of a centrally-placed OLED screen with two selector buttons and the USB port right underneath.

Here’s what you’ll find inside:

Sexy Curves of the Sinuous

As I mentioned previously, the Sinuous FJ200 is a departure, at least aesthetically, from Wismec’s previous box mods like the Reuleaux and the Mini. It is a bulkier, more testosterone-fueled device with hard edges and cut-lines on the side panels and firing bar.

There are two cells inside the FJ200, so it’s a bit weighty, weighing in at 264g. It certainly does tip the scales more so than other box mods, but that’s to be expected. The Divider tank also leaps out at you with its aggressive, steel sheen.

The OLED screen is rather pint-sized since it measures only 1.3 inches and readouts the usual settings like wattage, temperature, and resistance. I found that the two selector buttons were too thin and inlaid into the body of the mod, which meant you had to dig in to press them or activate them.

I’d prefer fuller, more accessible buttons, but as it stands, they weren’t that difficult to use. The firing bar, however, was a different story. It clicked well; wasn’t overly sensitive and anywhere you pressed resulted in the device firing.

The stainless steel 510 connector is spring-loaded, and just like with the Kangertech IKEN it’s located in the center of the device allowing for greater adaptability with a wide assortment of tank sizes, at least up to 28mm. There are some bottom air intake holes on the bottom of the tank, where you’ll also find a reset button in case your mod freezes up.

The Divider tank has those multi-layered levels right under the 510 drip tip that doesn’t necessarily translate into more e-juice capacity, but it still looks quite imposing and stays in line with the general beefiness of the Sinuous’s look.

The tank can be broken down completely, so it’s easy to clean. And there are also two sizable bottom airflow holes on the Divider. The tank is more versatile than most, however, once you unscrew the top cap, you’ll see a gel stopper lining the outside of the tank.

This stopper can be removed to convert the tank from a 2ml capacity to a 4ml capacity, which is a brilliant move on the part of Wismec so that the tank can still be used in TPD compliant countries.

The Wismec Sinuous FJ200 in Use

There isn’t much about the Sinuous FJ200 that stands out in terms of usage. It still uses the standard five clicks on/five clicks to activate the device and to turn it off. The menu display along with a green LED light on the front panel will flash once the device activates.

The OLED screen displayed the most general information about your vape, with each readout housed in hexagonal shapes and presented quite well. Three clicks of the firing bar let you scroll between the different modes, like temperature mode (nickel, titanium, and stainless steel) and power mode.

But there is a time limit for when you can use the selector buttons to change the settings underneath the sizeable main readout. If you haven’t made up your mind yet, the device locks out, and you have to click the firing button again. I found it confusing and frustrating to see how all the combinations worked exactly.

The buttons were not responsive a few times, and their setup was not intuitive. But, whenever you were not sure on which feature you were on, the selected feature would start flashing to let you know where you were. Whenever you were satisfied with the settings you had chosen, you needed to click the firing bar to lock all your settings.

Vaping With the Sinuous

The Sinuous comes with two different coil heads, one of them pre-installed into the Divider tank. Neither of the coil heads is compatible with the Sinuous’ maximum output of 200W so you’ll have to swap in a different tank to get the most out of the Sinuous’s cloud-making capacity.

I wasn’t pleased by the difficult-to-disassemble factor of the Divider. Taking apart all the parts did prove bothersome, and some of the O-rings underneath the mouthpiece slipped off whenever I took out the glass tube.

And while giving the tank an interchangeable 2ml and 4ml capacity was a great idea, the two triple, stainless steel coils, presented some problems. While great for airflow and marketed by Wismec as “powerful” were indeed powerful, since they did use up a lot of the e-juice I put into the tanks at a rate far quicker than other coil heads.

I didn’t do too much exploring regarding vaping modes, so I stuck to the default variable wattage mode. And I think I’ll echo some of the sentiments of some other reviewers and state; I don’t need a 200W mod.

I don’t want a 200W mod. I’m not that kind of vaper, to begin with, so a powerful device doesn’t necessarily appeal to me, especially since pushing the cloud production ultimately sacrifices flavor enjoyment, which does appeal to me.

With that said, however, I did first try the mod with the included Divider tank. I screwed on the tank and kept the pre-installed coil, and stayed somewhere in the recommended range on the coil of 40-80W, at a comfortable 60W.

The flavor and the cloud were satisfactory, and pushing the maximum on the coils at 80W did mean a dip in flavor quality but increased cloud density. I screwed on the TFV12 from SMOK to push the Sinuous to its limits.

I know that the circuit board has a lot of safety protections, but even with overheating protections, I still felt the device getting uncomfortably warm when it was nearing only 180W. And I am now even more militant against high-wattage mods after having tested the Sinuous with a compatible tank and coil setup, the TFV12 coil system that can reach even higher wattages at 350W.

How the Wismec Sinuous FL200 Compares

The most obvious model to compare with the Wismec Sinuous FL200 would be its predecessor and brand-mate, the Predator 220W, also from Wismec and designed by Sinuous Designs. The Predator took the wattage game even higher, and it came with a different tank and coil system, the Elabo.

Looks-wise, the two mods have similar builds. Performance-wise, the two mods are also somewhat indistinguishable. I liked the ease-of-use of the Predator screen with its enlarged selector buttons that were more intuitive than the Sinuous FJ200’s button and menu interface.

Vaping with both devices, I felt that the Predator handled the pulsing power of its two removable 18560 batteries better than the Sinuous handles its power output. What do I mean by this? I mean that the power output, which I kept the same at around 60W, on the Predator didn’t translate to hot vapor to the box mod from registering any excessive heat.

I think that the Elabo tank, while similar to the Divider tank in many ways, was a better performing since it could handle the power output of its paired box mod, so you didn’t need to swap it out for another tank.

Judging the two devices side-by-side, I think I would have to give it to the Predator for its performance and ease of use, which the Sinuous FJ200 lacks.

While I was a fan of JayBo’s designs (they were much more individualized) the Sinuous also impressed with its hard-looking and durable facade that made it look like a grenade from the 24th century.

The Sinuous FJ200 was a little chunky; it was still easy to hold in my palm, so it was an easy-to-take with you device, while it did put out a lot of clouds, it could always be concealed easily.

The width of the 510 connection pin, thanks to its placement in the center of the mod meant an easier compatibility with more powerful tanks and coils.

What What’s Not Lithe

I’ve never been a fan of bottom airflow holes. Don’t these engineers understand the concept of gravity, and how liquids flow downwards? I did get some, unfortunately, more than usual leakage on the divider tank.

The buttons were oddly-shaped, too recessed into the mod, and the entire interface was frustratingly hard to navigate and understand.

For the first Wismec box mod designed by Sinuous that I’ve reviewed, I wasn’t so impressed. Apart from the overkill on the power output of 200W, there wasn’t anything to distinguish the Sinuous FJ200 from all the other high-wattage devices out there.

The tank was sub-par, and leaked, so don’t even talk to me again, Divider tank. The interface and buttons were all hard to use, and the temperature settings and wattage control were nothing out of the ordinary on this type of mod.

I was satisfied, but not blown away by the vapor quality. The coils, I found, didn’t last more than a couple of days (probably because of all that extra wattage they had to endure) and I had to refill the tanks more often than I would’ve liked. 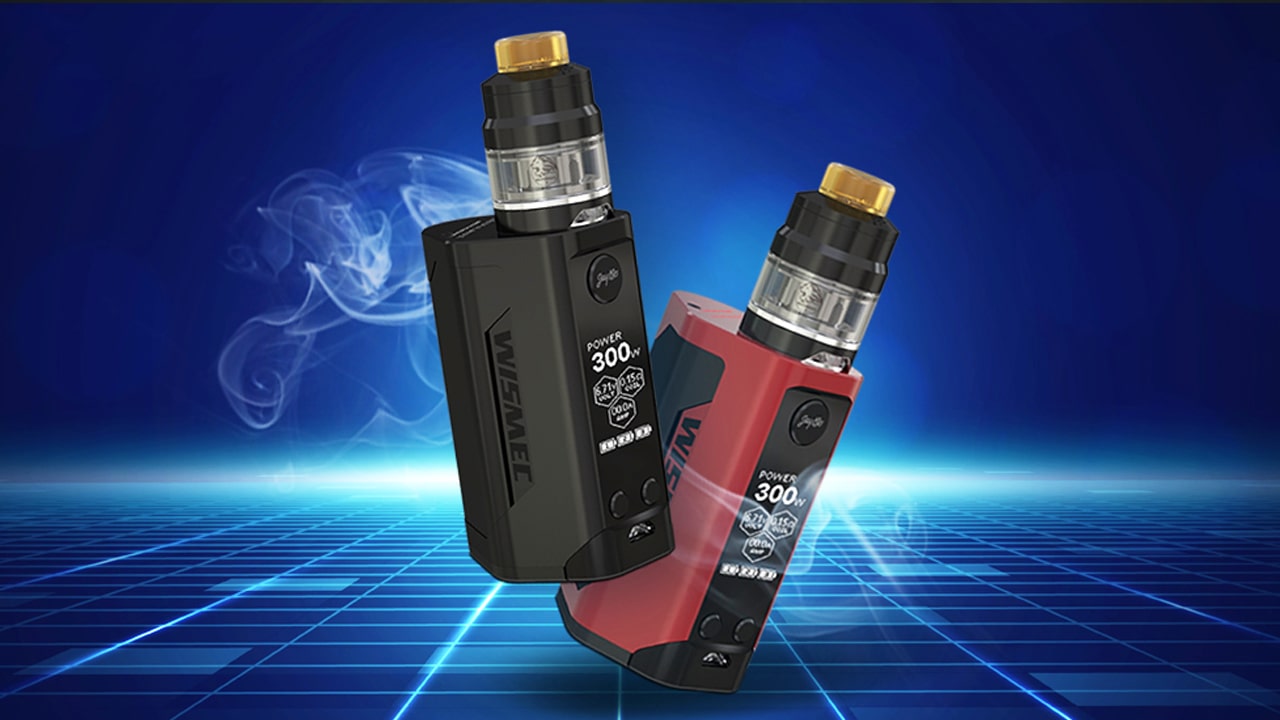 December 4, 2017
The Wismec Reuleaux RX Gen3 matches the power output of the RX300 with the size of the RX Mini in a mod designed by JayBo. Read our review here. 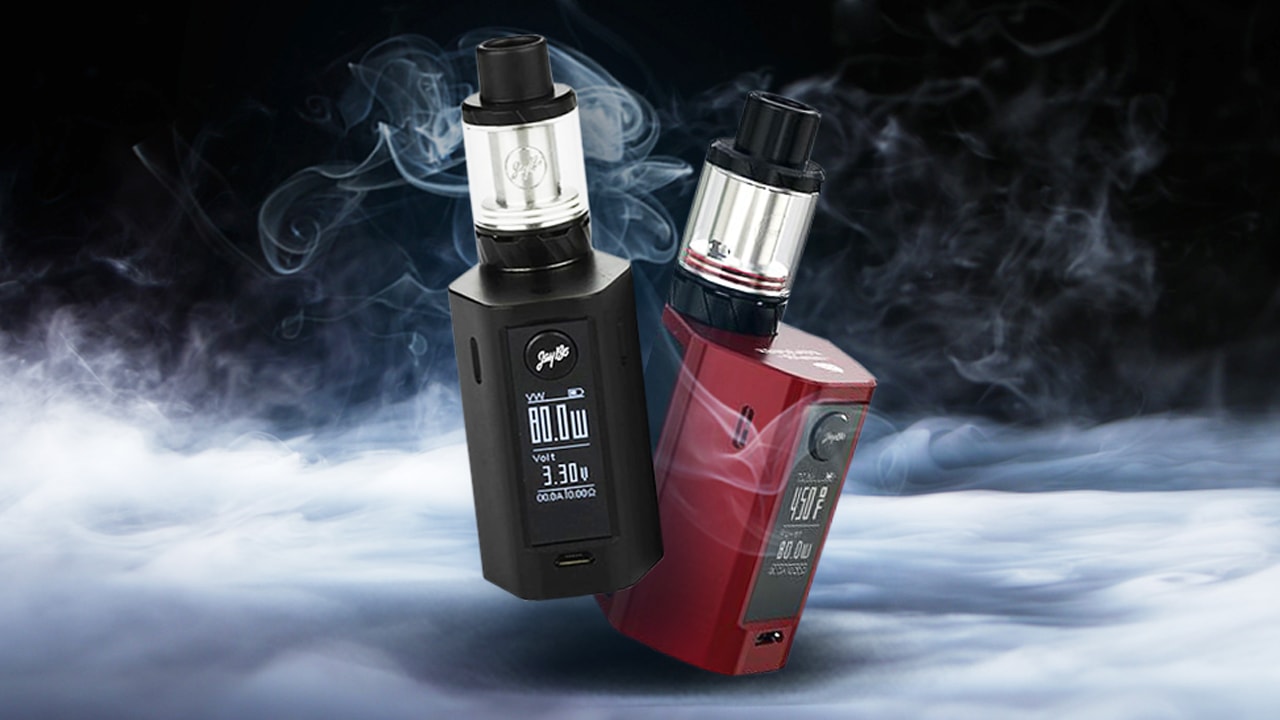 November 23, 2017
The Wismec RX Mini 80W TC is precisely what it suppose to be, a mini version of Wismec's fantastic Reuleaux series of box mods. Read our review here.