And I thought the Vaporesso Mini took the cake for the smallest box mod. Now, we have a new contender for that title. The Wismec Reuleaux Mini has entered the ring as a possible contender for a powerful, multi-feature device that is about the size of an old-school Nokia cellphone.

The pairing of Wismec with the American vape designer JayBo has been a fruitful relationship up to this point. So far, I reviewed over four different devices that have borne the JayBo imprint, and I have to say they have never failed to impress. 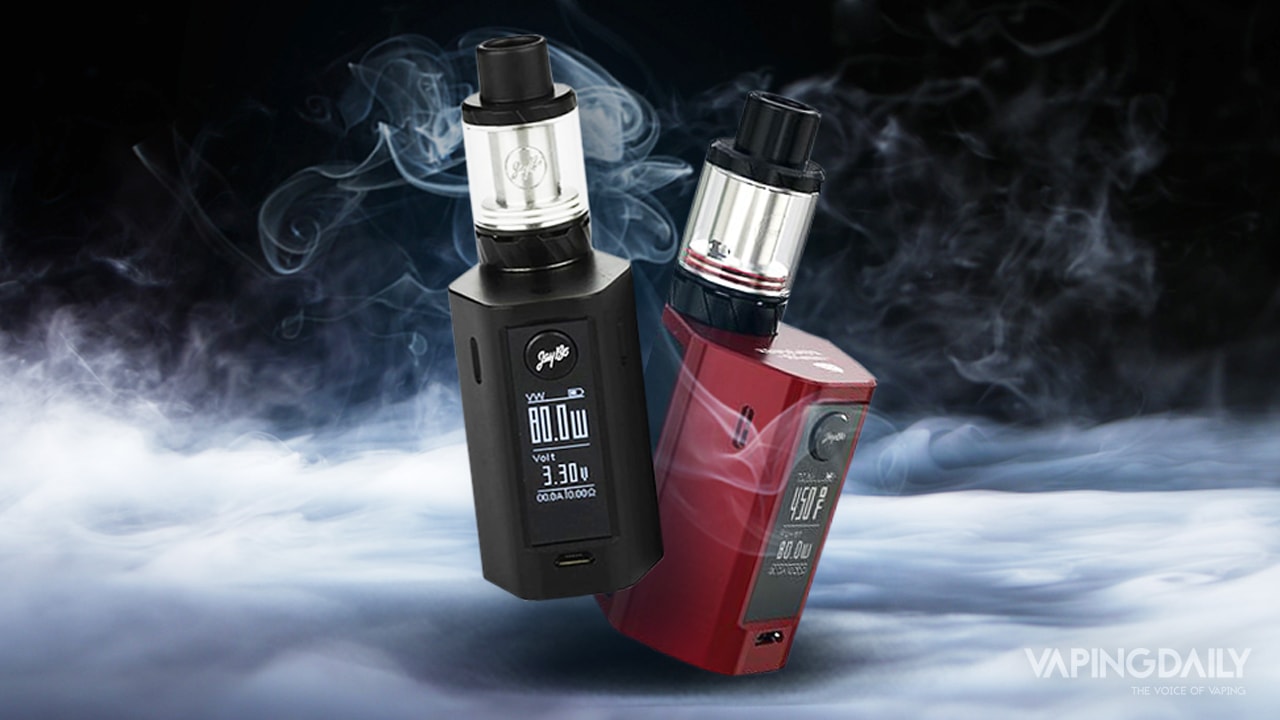 Wismec almost makes it a point of pride to have elegant, all-black packaging for most of their mods and tanks, and the RX Mini is no exception.

Here’s what you’ll find inside the kit:

Lots of Power Packed in the Small Mod 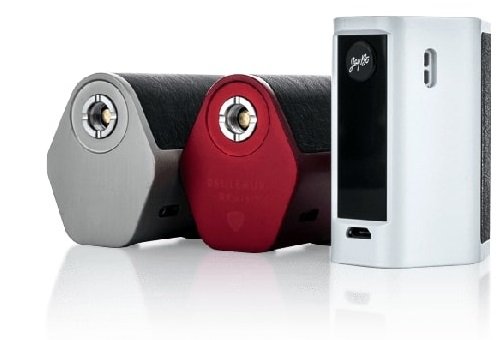 As history has shown, Wismec and JayBo know what they’re doing when it comes to designing functional, stylish, and powerful box mods. The RX Mini doesn’t fit the category of the “box” mod style, per se. It has six edges, like its big brother, the regular sized Reuleaux, which was something that I liked, regarding the aesthetics, but it did make it awkward to hold.

Standing at only 58mm tall, the RX Mini does live up to its moniker (58mm without the tank attached). There is one firing button on the front panel of the mod, which is right above the OLED screen.

The selector buttons are located on the bottom of the device; something I had never seen before and I wasn’t sure if that was an innovative choice or that it was a mere gimmick.

The screen is big and bright and displays all its information in easy-to-read digits. The 510 connector on the top of the mod can comfortably fit any 510 threaded tanks that don’t exceed a diameter of 22mm.

The backside of the mod features a finely textured leather panel that adds a whole bunch of glass to the stainless steel construction of the mod, which doesn’t translate to quite a bit of heft. Once you have the Mini in your hands, you do feel the weight of those well-made parts.

Looking at the Mini, you do get the impression that they did feed the Mini a little too much. It’s quite wide and has an ungainly shape that might be great for your grip, but despite its small size, its ample girth doesn’t necessarily translate to portability or discreteness.

The RX Mini tank is yet another design and functionality coup. It is made of durable, sturdy stainless steel and glass and it comes apart easily enough to allow for quick cleaning and maintenance.

Even if it is a top-fill tank, you can still swap out your coils when the tank is filled, by turning the tank upside down and taking out the atomizer from the bottom. The tank has bottom airflow valves that are fully adjustable.

I have always been irked by difficult-to-fill tanks. And I haven’t been able to understand why most manufacturers don’t make this essential factor of vaping easier.

Wismec is perhaps the only manufacturer that features an open-source, top-fill tank with a top cap that is fully removable, so you have a wide circle to fill your tank. That was one, a low-tech feature that I could appreciate.

Going on to the more advanced features of the Reuleaux Mini, the device does feature a simple interface that doesn’t take much to learn. I was impressed by the preheat function that allows you to set a temperature that the mod automatically heats up to when it is activated.

Five clicks on, five clicks off, is how you activate the mod. You can choose a stealth mode that turns off the OLED readout for discreet, on-the-go vaping. You press the firing button three times to access the modes menu.

To scroll through the different menu options, you use the selector buttons on the bottom of the mod that takes some getting used to. You, at first, turn over the mod to press the buttons but then you can’t see where you are going because you can’t see the OLED display. So that was a little annoying, although props to JayBo for trying something different.

The Wismec RX Mini – What About Vaping

Of course, the Reuleaux Mini mod can be paired with many different tanks, if they have 510 threading and don’t go over 22mm in diameter. And that’s important because I wasn’t thoroughly enthralled by the tank and coil combination.

I liked the Delrin, wide-bore mouthpiece, and the overall design and appearance of the mod was something to behold. But I felt that the low power output of the mod was a poor match for the tank’s potential, and vice-versa.

Trying the coils with a low wattage output (around 50W) didn’t produce much in the way of flavor, although, of course, the cloud was more than noticeable. Pushing the wattage, I found a little more taste, hovering around 70W.

But getting to the maximum output of 80W lead to disaster: a dry hit. I was confused since I had the TC setting on with my stainless steel coils, but the system faltered for some reason and my coils burnt up.

So I had to replace the coil, (thanks for that, at least, Wismec), and went a little higher in my coil resistance and lowered my maximum temperature, which did result in a better vape. The cloud production was minimal, but the flavor was much better.

The Reuleaux Mini is very impressive looks-wise. It’s wholly streamlined and has a well-thought-out design scheme that emphasizes its best points like the OLED screen and the leather sticker on the back that functions well and adds a touch of class.

The Reuleaux may be mini in size, but its weight is noticeable and inconvenient. The weight combined with the odd shape makes the Reuleaux Mini a poor choice for a portable mod.

The Reuleaux Mini is relatively straightforward. The menus and button combinations don’t take a lot to learn or master and the placement of the selector buttons, while out of the ordinary didn’t take away from the overall functionality.

The Reuleaux Mini isn’t a powerful device, and I didn’t expect it to be, but even still, the tank and the coil couldn’t handle the higher wattage levels that you can get to on this mod.

A lot of box mods allow you a customizable vaping experience that also lets you program the perfect vaping settings. The preheat function on the Reuleaux is so easy to use and program, and it was a winner for me.

Given the dearth of mini or nano mods hitting the market in the last few months, there were a lot of options to make comparisons to the Reuleaux Mini. I decided to go with another reputable company, V2 and their Trinity model that is supposed to be a vape pen in a box mod style, but I decided to compare them anyway.

The Trinity has a sub-ohm capability and also features a tiny OLED screen that lets you adjust the temperature and wattage. The tank on the Trinity has a 2ml capacity and features interchangeable coils. But the Reuleaux has more features (that preheat feature is a boss) and allows for more customizability.

I’m going to give this one to the Reuleaux Mini just for the variety of features that the Trinity does not have. But also because of the greater wattage output and the power of its battery. 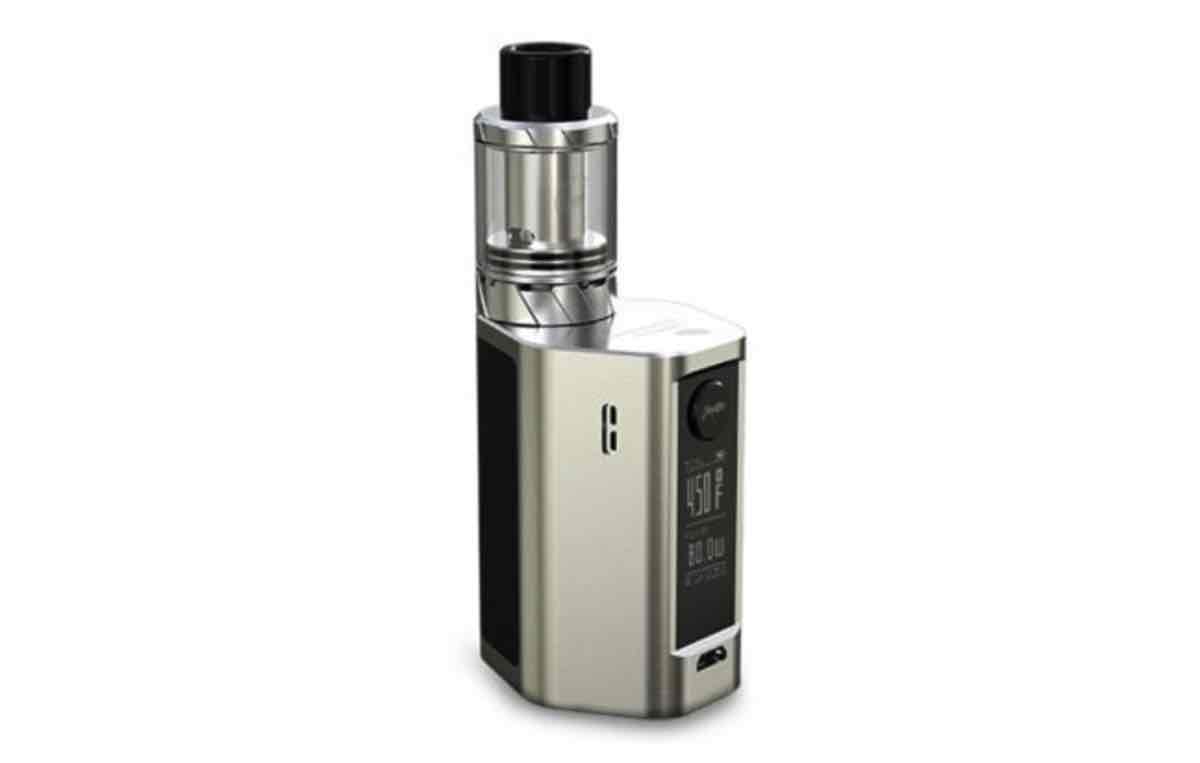 I am a Wismec devotee, and I will always look forward to reviewing their devices. Even with the flaws of the tank and the coils, I was still excited by the mod’s performance.

The Mini was more than heavy for a “mini” mod, and it didn’t lend itself to easy portability or conspicuousness, which is the point for a small device.

I would think it best to try out a different tank/coil combination with the mod’s features and customizability, along with its good looks and easy to use interface.