Every day my world gets a little bigger. No, that’s not just an inspirational message for you, faithful readers, (although please feel free to be inspired). And neither is it a reference to all the beautiful people I meet on a daily basis, but again, it can mean that as well.

I’m mostly referring to how every day I’m introduced to vape companies that I have not yet had the pleasure of reviewing, or massacring, depending on how well their devices perform or do not perform. Today, I’m tasked with reviewing the iPV Velas 120W box mod, from a company I had heard of before, but as I said, had not yet had the pleasure of being introduced too, Pioneer4You.

I had initially thought that they were an offshoot of the Pioneer electronics company that makes stereo systems, and speakers and other electronic devices. But apparently, this Pioneer has nothing to do with that other Pioneer.

The iPV Velas 120W box mod comes with a powerful and innovative chipset (I’m all for chipsets nowadays) inside. The YiHi SX410 chipset improves (supposedly) on the unimprovable curve technology that I’ve been bonkers about ever since I first discovered it on the Vaporesso Swag kit.

Apart from this cutting-edge technology, the iPV Velas 120W box mod also has temperature control with a joule and degree-based settings, as well as being powered by two removable 18650 batteries.

What It Goes With 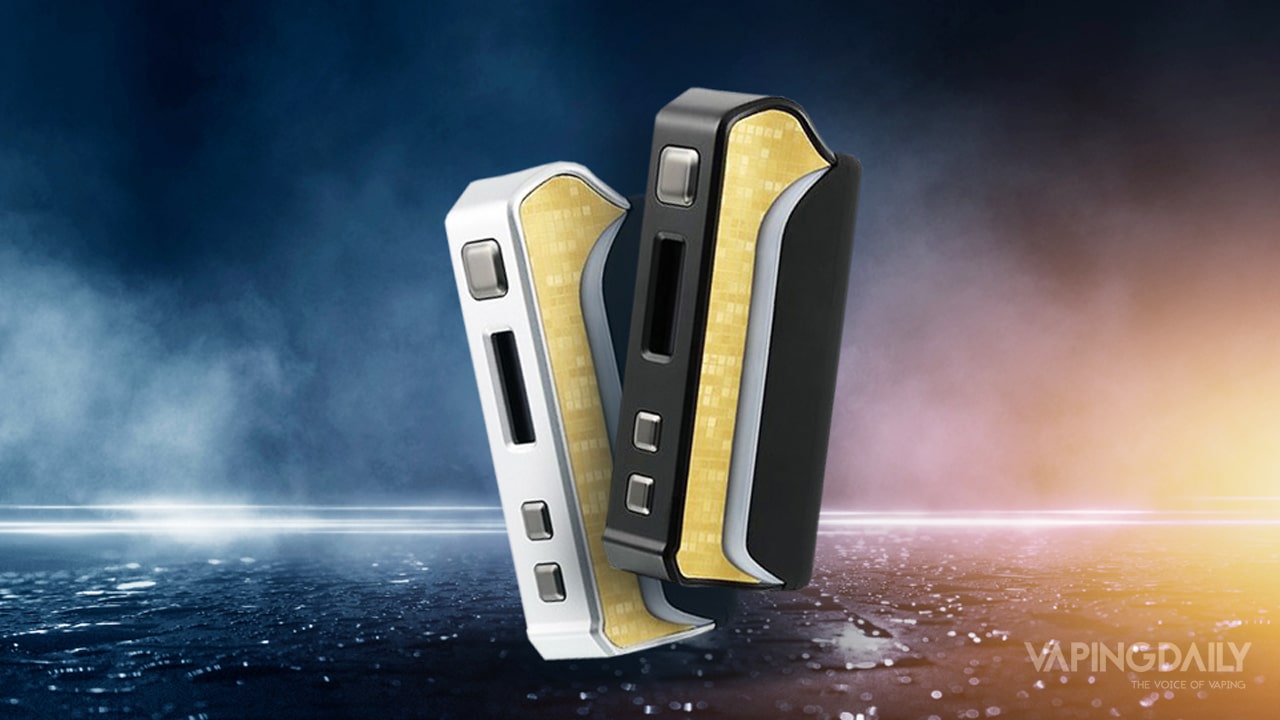 Inside the Pioneer4You iPV Velas 120W box mod case, you will find:

Not being familiar with any other Pioneer4You devices, I was thrown off initially by just the look and design of the iPV Velas. Keep in mind, however, that me saying the box mod is unlike any other box mod I’ve ever seen is merely an observation and doesn’t denote any judgment of value. 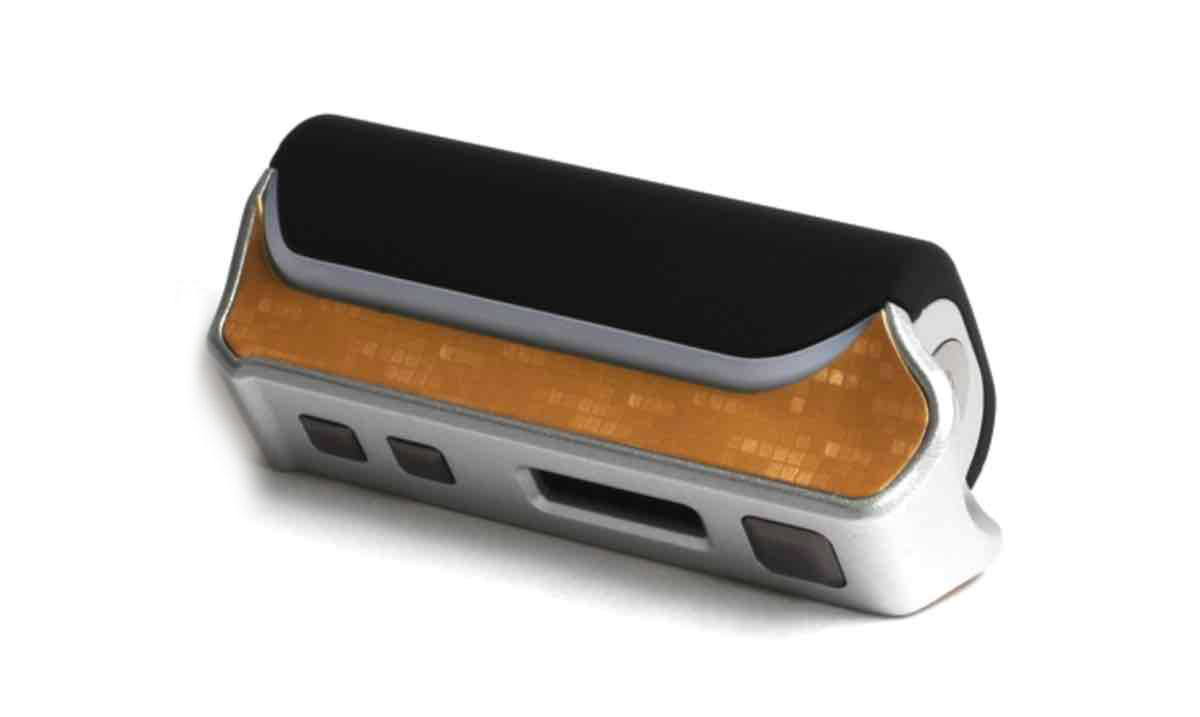 It’s just strange-looking. The mod measures in at close to a 100mm (without a tank) in height, and close to 40mm in width. I would narrow down my initial impression and say it’s the back of the device, along with the placement of the 510 connector pin in a lowered position that threw me for a loop at first.

The front panel of the iPV Velas features all your standard vaping necessities, like the firing button, OLED screen, and two selector buttons in that descending order. The USB charging port is unfortunately located at the base of the mod, so some (many) people are not going to be happy about that (me included).

Now, the 510 stainless steel connector pin sits behind a small ridge at the top of the device, and it is given its private domain almost, and you would think that that area would be large enough to fit at least a 25mm diameter tank; and it does, but just barely.

The back of the device also contains the battery ports, which is covered by a battery cover that gets pulled back to be removed. I didn’t have much trouble taking this cover off, which seems to be made of a thin, flimsy plastic, so that wasn’t such a good sign. But I think the majority of the mod is made from that same, lightweight, flimsy, plastic.

And right in between the battery cover and the front of the device, you find two features on the iPV Velas that I found quite troubling. The first was the LED lights on either side of the device that light up with a frenzied energy every time you press the firing button, even when you the device is off, and you are just pushing the firing button.

These lights were distracting and annoying. I’m not a fan of LED lights in the first place, and I found them irksome on mods like the SMOK ProColor 225W kit that had a shield-like panel lined by LED lights. But, at least you could turn those off. There is no such option with the iPV Velas. 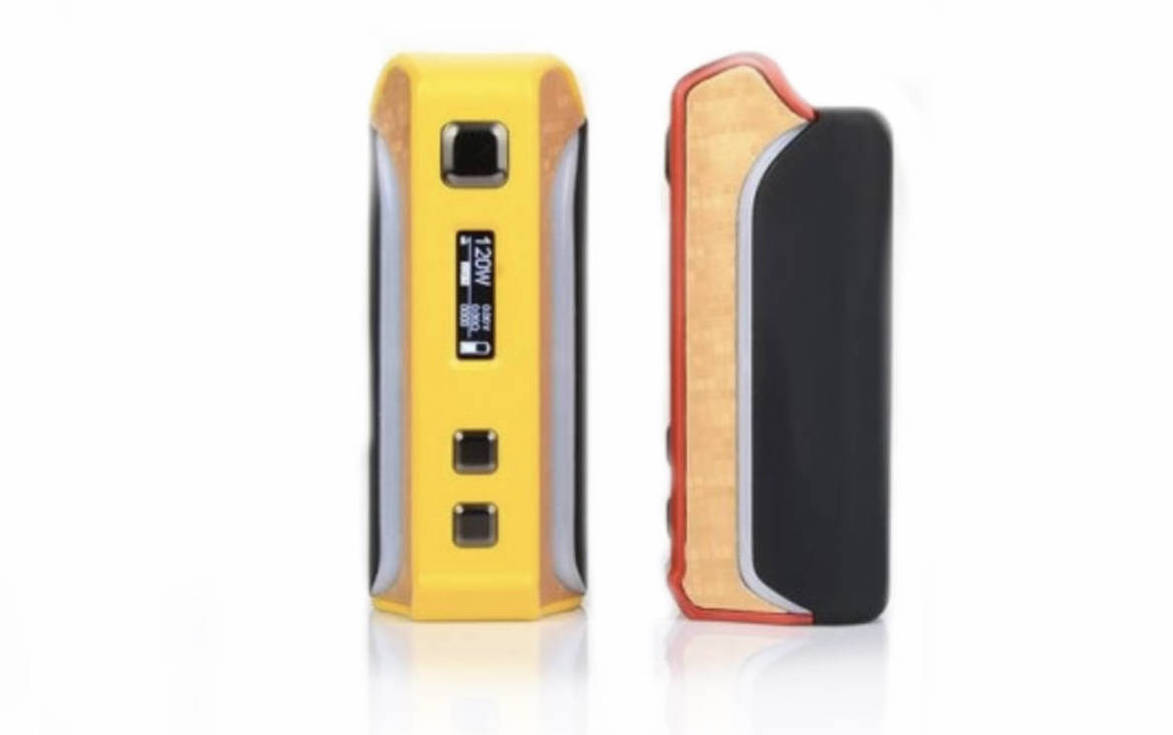 The second thing that I found bothersome were the stickers (stickers!) that, again, are located on either side of the mod. These stickers are, I suppose, the only aesthetic flair that the design team allowed the mod to have since they were busy were their science-y business, and microchips, and such.

But, the iPV Velas comes with, a cutting-edge chipboard that offers such precision and customizability, heretofore, never seen in a box mod, and they put stickers on the device. Stickers! Stickers that, by the way, were already peeling off when I took the mod out of the box.

Thankfully (or no, not thankfully, no thank you, Pioneer4You, I don’t want your replacement stickers) the mod does come with extra stickers if yours start peeling off and lose their adhesiveness. Head-shaking. STICKERS!

After regaining my composure following that sticker debacle, I decided to push through this review, despite the fact that I knew how and where it would end up. You click the firing button five times to turn on the device.

And then, like Alice through the looking-glass, you enter a strange, confusing world. The LED display was too small for the breadth of features that the YiHi chipset is supposed to offer like taste curve mode and joule and degree optional temperature control.

Even getting to the main menu, where you basic readouts like wattage, voltage, resistance, and amperage are usually displayed, was difficult and time-consuming. The buttons were not very responsive, and I found myself having to double-click a selection (even when only one click was required).

Just to change something as simple as the default wattage mode was like solving a Chinese finger trap (no offense intended). Pressing the up or down buttons in the main menu did not change the wattage, it instead changed the power modes between standard, normal, Eco, soft, etc. Doing a strange, finger, tap-dance on each of the selector buttons put the mod into the right “adjustment” mode that finally allowed me to change the wattage.

And that was just the beginning. I’m not going to bore you with the details of my harrowing journey through the iPV Velas menu systems and options. There are much more in-depth, and better explanations out there on the Internet.

Maybe it’s the fact that I haven’t used a lot of Pioneer4You devices that left me at a loss on how to use their buttons, but still, given how long I’ve been using box mods, the button combos, and lack of functionality did leave me more than little frustrated.

Like with most poorly designed, shambly-looking box mods, there is still a chance at redemption if the device can produce a quality vaping experience. I was hesitant, but I soldiered on, hoping that this was the case with my first ever Pioneer4You device, as well as my first YiHi chipset.

I smacked the Athos tank and the A5 0.15ohm coils onto this mod, in the hopes that the high-wattage settings, as well as the different taste modes, would result in both great flavor and big clouds. I started off in standard mode, at 60W, and the iPV Velas performed adequately.

I wasn’t so impressed by the cloud production, and the flavor profile of my Butterscotch Custard from Drip Line e-juice was noticeable, but not as much as I would have liked it to have been. I tried switching over to one of the different flavor modes, “powerful” for example.

I ramped up the wattage to 90W on the A5 coil, and it was then when I started to notice a much more distinct flavor profile, as well as more bountiful cloud production. I pushed even further to 110W, and things got a lot cloudier.

I was interested in trying out the SXi-Q flavor mode, which, as the YiHi website promises, allows the user to touch the abstract concept of taste (I’m paraphrasing, but that’s the gist of it). But, unfortunately, I couldn’t find any adequate instructions on how precisely the flavor mode works, since the instruction manual for the iPV Velas was poorly written and translated.

The YiHi chipset, however, has been gaining more popularity in the vaping world and seems to be the best-kept secret in vaping circles right now, so I’m hoping that it finds its way into another device soon.

I thought to do a throw-down between brand-mates for the comparison section of my review of the Pioneer4You iPV Velas 120W. I looked through the archives and found an old review of the iPV 4S 120W box mod, also from Pioneer4You; (the review wasn’t by me, full disclosure) 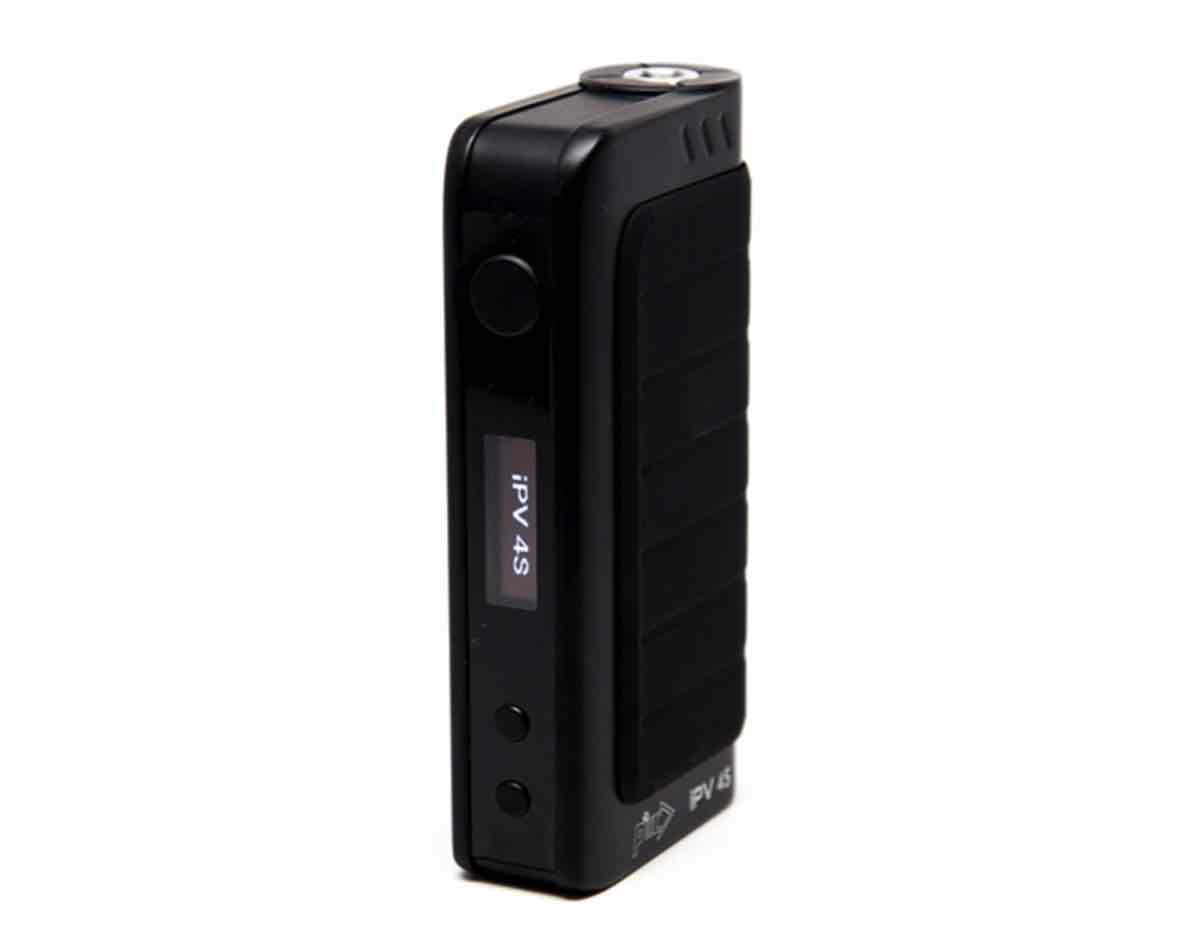 One thing that the iPV 4S took right away was the fact that it had a flat top where the 510 connector pin was located, unlike that strange ridge atop the iPV Velas. That ridge added nothing to the overall design of the mod and made no sense whatsoever.

The iPV 4S also did include that hallowed YiHi chipset, which elevates most any standard mod to a definite contender for a high-end vaping device. As such, however, since the iPV 4S came out way before the taste control feature now included on most standard YiHi chipset, I’m going to have to relegate the iPV 4S to the dustbin, since the iPV Velas is the latest mod to integrate that storied chipset.

This was a confusing device to review. It was my first ever device from Pioneer4You, and I had very high expectations given that this mod featured a chipset that is both cutting-edge and top-shelf. I had the impression that it would out-perform most other devices out there.

But that wasn’t the case. The mod was poorly built, cheaply-made, and challenging to navigate. The last one, may not entirely be the mod’s fault, it could be chalked up to my inexperience in using devices with the YiHi interface.

I did some checking on the Internet, and it looks like YiHi also makes their own devices, so I hope that in the future I’m able to appreciate and understand fully, and witness for myself the wonders that their chipset can work.