The Lost Vape Centaurus is a dual-18650 mod that is the latest Lost Vape box mod release. It is the long-awaited follow-up to the Therion and Paranormal mods. The Centaurus features the DNA Evolv 250C chip inside its sturdy, all-stainless steel frame.

The mod comes as a standalone device and has no accompanying tank. The Centaurus borrows heavily from previous LV mods. It uses the same four-button control panel, along with the side 0.91” TFT color screen.

The two cells are back-loaded and the removable battery door stays in place with a magnetic connection.

The Lost Vape Centaurus keeps the same form factor as previous LV mods, mostly. It has a straight-edged shape, with only a few slanted edges atop the front and back sides. The mod is also similarly shaped to the Therion and Paranormal mods. The Centaurus is the company’s newest box mod, after having flirted with the AIO and pod mod set with the Lost Vape Orion series. 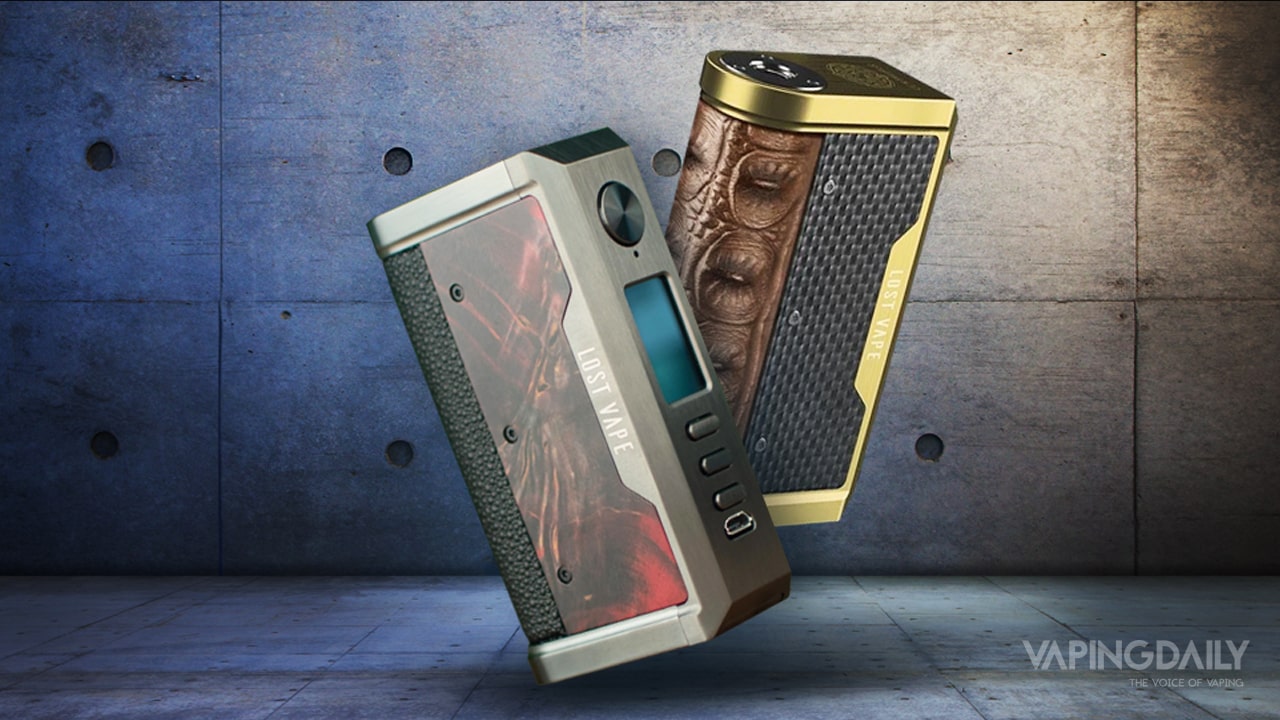 The Centaurus uses two 18650 cells that are loaded from the base. The back battery panel that was common among earlier LV mods with the snap-together, magnetic connection has been replaced with a hinged, push-tab door that snaps into place. The door is well-made and it does not shift or move when in place. The entire mod features a stainless steel base, so it feels a little weighty, but it is a common feature of LV mods.

The mod stands at just under 90mm (3.5”) and has a width of 28mm (1.1”) that can accommodate most standard sub-ohm tanks. The famous three (or four) button control panel that comes on every Lost Vape mod is also on the Centaurus. The three operating buttons sit under the TFT screen and have good ergonomics overall.

The Centaurus comes in an elegant, slide-open box that has a smart-looking Centaurus logo on its front.

The device features a few new accessories to pair with the device that was not available on past mods. Here’s what you’ll get in the Centaurus kit:

The Centaurus, with its all-metal build, does feel like it could take a few drops without suffering any serious damage. The stainless steel parts all house the important (and breakable) components like the screen and control panel. The wider sections of the device are because of the dual-18650 configuration that makes the device flare out in the middle. 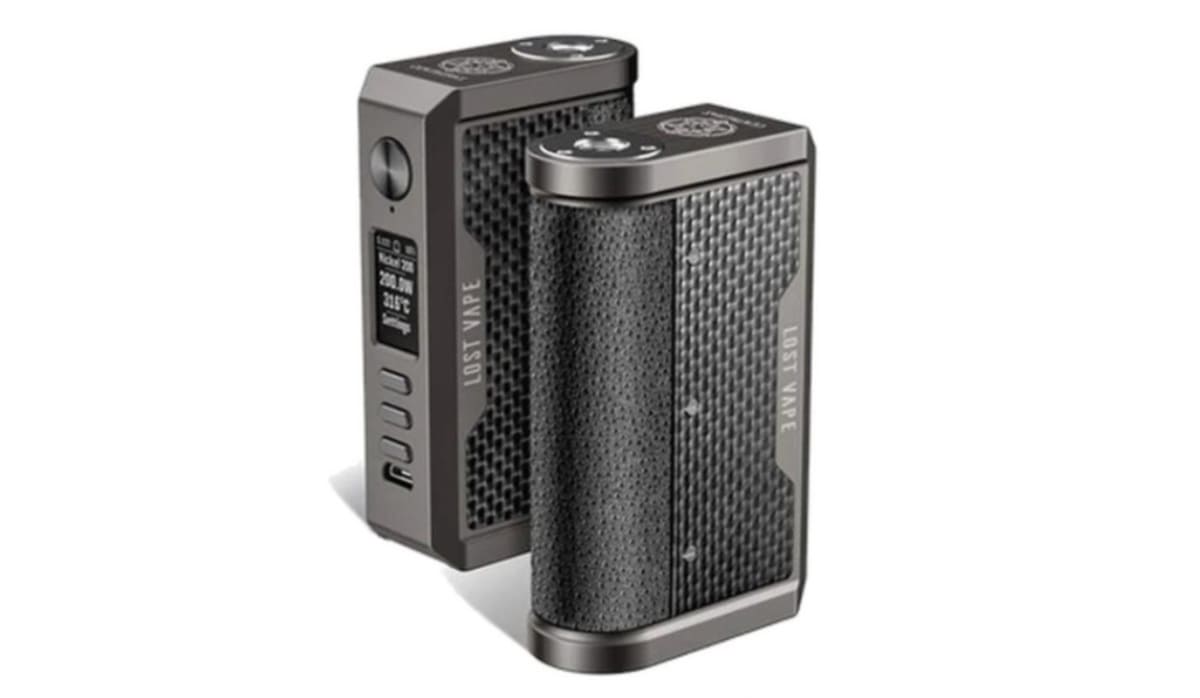 The new base battery door is also a departure from other LV designs, but it works for this new mod. It gives the mod a straighter shape and does not have that infamous curved backside that the Therion had. The rest of the build material is very sturdy. The 510 connection up top has a nice polish to it, while the control panel buttons are all responsive and clicky.

The Centaurus is a dual-18650 device that can reach a high wattage output of 200W. Despite the 250C label on the DNA chip, the device cannot reach 250W, which is impossible for a dual 18650 device. Users will find this out when they try to go past the 200W limit on the control panel.

With its dual-18650 configuration and the high power output of 200W, vapers could run out the batteries quickly if they vaped at such high levels. However, using the device under 100W and more could guarantee at least a full day or more of vaping, giving the device’s other battery saving options like curve mode, replay mode, and its 97% battery efficiency.

The main screen shows users their current mode (Wattage, Wattage Boost, Kanthal, Nickel, Titanium, SS 316, SS430, Replay) as well as the current wattage, resistance, date and time, as well as showing the “Settings” icon on the bottom. Users can make use of the independent selector button to make their selections from the main menu without too much effort.

The Centaurus mod uses a very accurate chip that can measure and tweak each setting. The Replay setting is what sets the Evolv chip from others. The device can remember the exact settings of a user’s favorite vape and replay it every time.

Enabling the Replay mode on the mod is as easy as selecting it from the main menu and then inputting the preferred settings, then hitting the Replay button. The other vaping outputs on the Centaurus live up to Evolv’s reputation as the premier chip maker in all of vaping. The wattage and wattage boost features are great ways to keep things cool or turn up the heat on your sub-ohm stock coils.

Temperature control appeals to rebuildable atomizers and has a wide variety of metals to correspond with any kind of build users want to make. With its 97% efficiency, vapers can rest assured that the full power of the dual-18650s is being applied to the device. It does reach and vape at high levels like 200W, while even at 100W, the mod can function easily and does not experience any hiccups or slow-down times.

The GeekVape Aegis Max is the continuation of GeekVape’s ingenuity and style as it uses the classic Aegis form but with a twist. The Aegis Max can take either a single 18650 or a single 21700 in its bottom battery bay. The Aegis Max comes outfitted with the brand new AS-100 chipset that can power the device to as high as 100W. 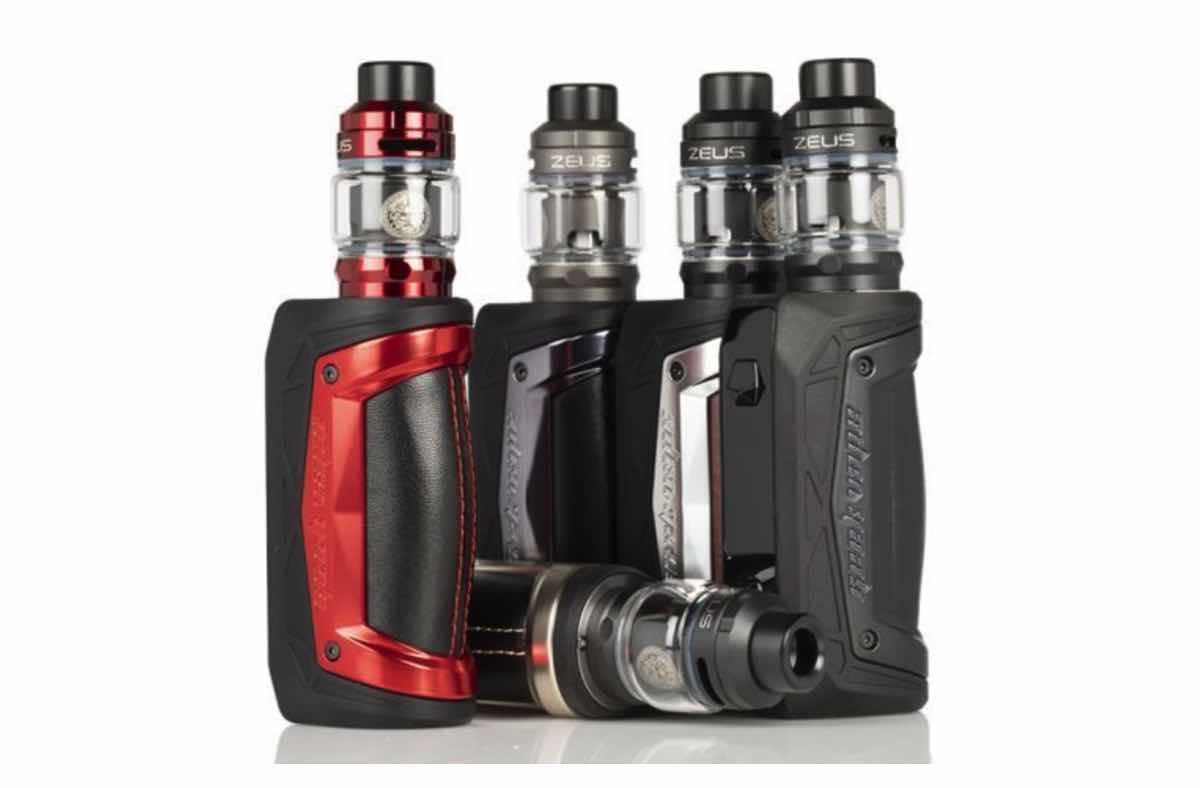 The Max carries on its board other vaping outputs like curve, temperature control, and bypass mode. The new Aegis Max kit also comes with the Zeus tank that uses the Z1 and Z2 sub-ohm mesh coils.

Are you a fan of Lost Vape/DNA devices? Do you own a Therion or Paranormal? Are you happy with them? Let us know in the comments section below.

The Lost Vape Centaurus arrives at a time when manufacturers are leaving behind AIOs and pod mods as their central devices. The dual 18650 box mod is back and users could not be happier. Only with the Centaurus, there does not seem to be a lot that makes it different from other LV/DNA mods.

The device has a similar form factor and build (carbon fiber panels, leather elements), which is now synonymous with Lost Vape. It has the same functionality and design as those other mods, so experienced vapers will know their way around it. What does the device have that’s new? The DNA 250C chipset is what’s new about the Centaurus.

But it retains the same high-quality vaping that the chip is known for. The same outputs are there, including the various temperature control metals, as well as Replay mode. The Escribe software is also included so users can tweak their vaping even more, beyond just the screen.