Pioneer4You had a setback after they launched their iPV4 box mod. It not only had several design flaws, but was also photosensitive, meaning that it would fire automatically. But they surprised us with the upgraded model — the iPV4S 120W TC MOD. Just as the name suggests, it’s a versatile mod that also works in temperature control mode. Let’s quickly put it through its paces, and explore its pros and cons.

At first glance, the iPV4S temp. control mod looks pretty similar to the previous version, but if you look closely, it has several improvements. Available in either black or silver, it has rounded edges that make it a little more ergonomic. The 9 volts port for charger – that almost everyone hated – is gone. Although there is a USB port, but it’s only for software updates and you need an external charger. Bummer! Another major nuisance with iPV4 was that it used screws to hold the battery cover in place. Seriously, who has time to screw/unscrew the battery cover? Fortunately, the annoying cover has been replaced with a better one that uses a plastic snap to fit it into its place.

The most notable feature of the iPV4S is that it comes with the latest YiHi SX330-V4S chip, that allows amazingly smooth, dense and flavored vaping in temperature control mod. You can use Nickel, Kanthal and Titanium coils to customize your vaping experience.

TheiPV4s can fire atomizers as low as 0.10 ohms and works from 10 to 120 watts. It’s a regulated box mod that has a 510 spring connector, that means you can slam virtually any of your favorite sub-ohm tanks or even RDAs on it and enjoy your vape. Just like the iPV4, the iPV4S also comes with two 18650 flat top batteries. Although it has a decent battery life, we noticed that somehow it keeps leaking battery juice even when powered off. On top of that, the USB port is there but just for updating the firmware, and you’ll need an external charger. That’s probably the only major issue with this mod.

The advanced Yihi SX330-V4SL chip makes it a very diverse mod in terms of performance. In other words, no matter you use the mod in temp control mod, or are a traditional vaper who only goes for wattage mode, you can rest assured that the iPV4S will always offer warm and highly flavored vapes.

Pioneer4You has really improved the design of the iPV4S 120W TC MOD from the previous iPV4 model and has also improved the performance significantly, there is still room for improvement in terms of battery life and charging mechanism. Also, if you already have a USB port, why not use it for charging also in addition to utilizing it for firmware update? However, considering the design and performance, the iPV4S 120W TC MOD is a great choice for the price. 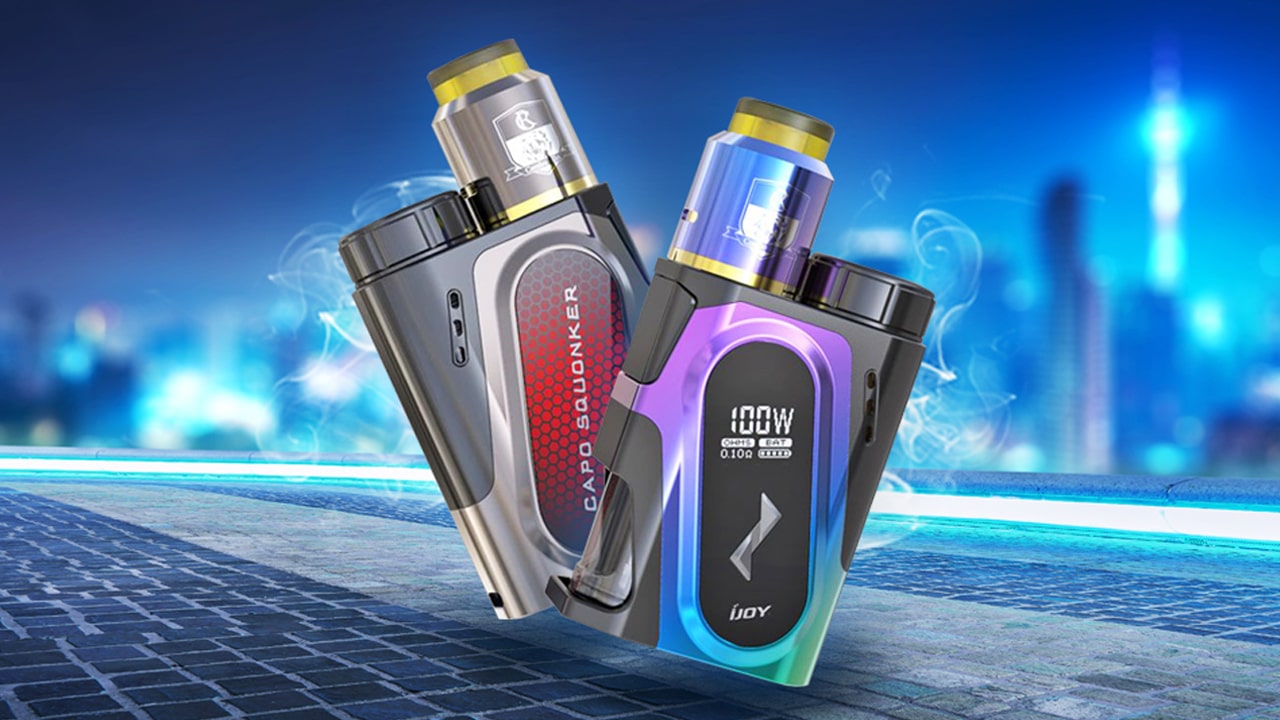 January 3, 2018
The iJoy Capo Squonk is like the original Capo but refashioned to be a single-celled, squonk device with a 100W output. Read our review here.