It looks like we’re going back in time today at vapingdaily.com. Only a few days ago, I reviewed the Innokin iTaste MVP4 100W device, and now we’re going back to check out the older brother of the MVP4, the MVP 20W device.

When I was looking over the MVP 20W, I chuckled to myself at how far vaping and vaping technology has come in only three years, since the MVP 20W was released back in 2014.

And that version of the MVP was also an update on the original iTaste MVP, which was one of the first e-cig devices ever to come out, (I know of a few people who credit the MVP for getting them off of smoking for good).

I felt an even more enormous dissonance within when I looked over all the “innovative” features that can be found on the MVP 20W, including the variable wattage modes! Pass-Through charging, and the higher-than-the-original power output of 20W!

(Interesting side note: the original iTaste MVP had a maximum power output of 11W! That’s where most modern devices wattage range begins!) But, enough with the trip down memory lane, let’s take a more in-depth look at what this Innokin mod can do. 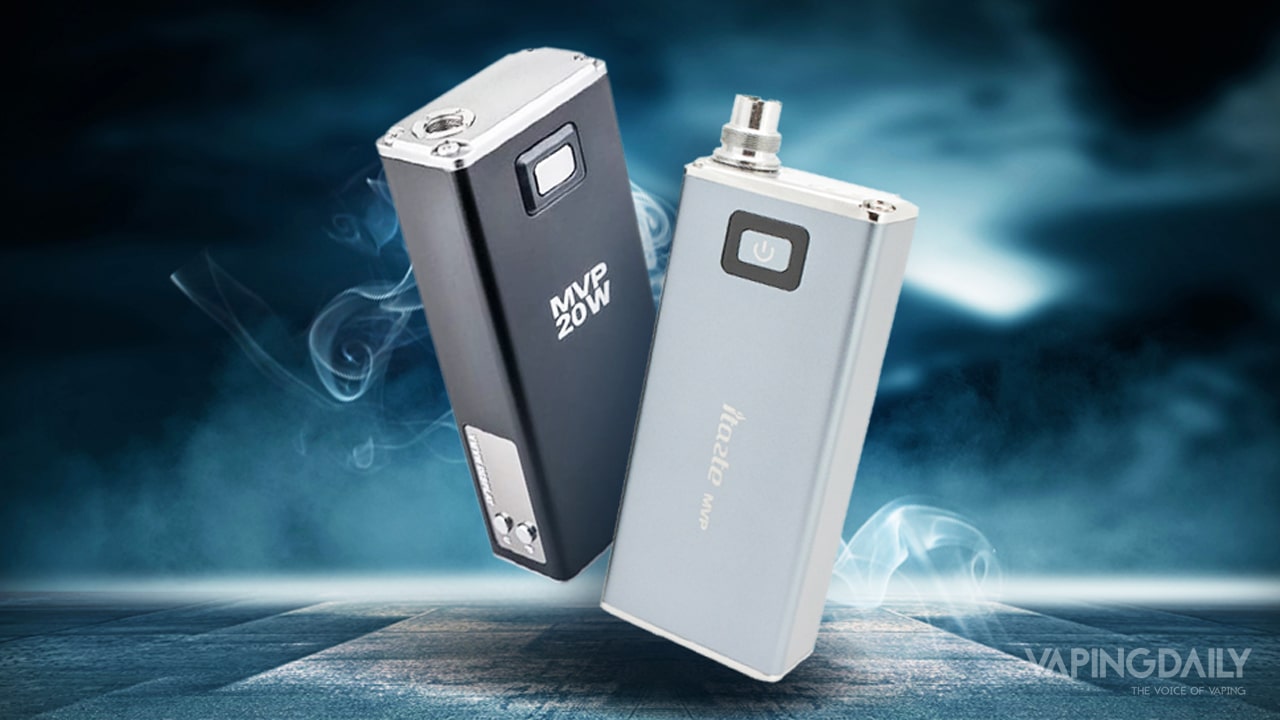 Here’s what you’ll get in the Innokin iTaste MVP 20W box mod case:

The build of the MVP 20W is remarkably different from the latest iteration, the MVP4. For one, it’s much bigger at the height of nearly 100mm compared to the smaller MVP4 that stands at less than 90mm.

The battery’s capacity and output is another notable difference. The MVP 20 has a 2600 mAh battery, while the MVP4 has almost double that at 4500 mAh and can reach 100W of power output. Funnily enough, despite the lessened battery power, the MVP 20W was still offered as a power bank that let you charge your other electronic devices.

The MVP 20W is also noticeably heavier in hand than the MVP4, which is due in part to the 100% stainless steel build of the device, compared to the mostly zinc and aluminum alloys on the MVP4.

Another unusually light-hearted moment came when I took a look at the Innokin MVP 20W screen, which had a confounding two-button setup that was marked with a “p” and a “u.” Now, I had no idea what those letters were supposed to mean.

I have gotten so used to having either a +/- symbol on my box mod buttons, or even an up or down arrow, but “p” and “u”? I then remembered that with the limited voltage and wattage ranges on these devices, there really was no need for up or down buttons. So the “p” is supposed to adjust your voltage, while the “u” is used to adjust your wattage.

The screen is very small, and it does get hard to read after your touched it since your fingerprints will be noticeable if you make a habit of touching the screen. The other noticeable button on the MVP 20W is the power button located right at the top of the device, underneath the 510 connector pin.

One feature that has lasted in the newest version of the MVP is the LED indicator lights behind the power button that either flashes green, yellow, and red to show your battery level. The newer MVP4 also has battery life indicator on the OLED screen, but I guess they decided to keep that feature for old time’s sake. 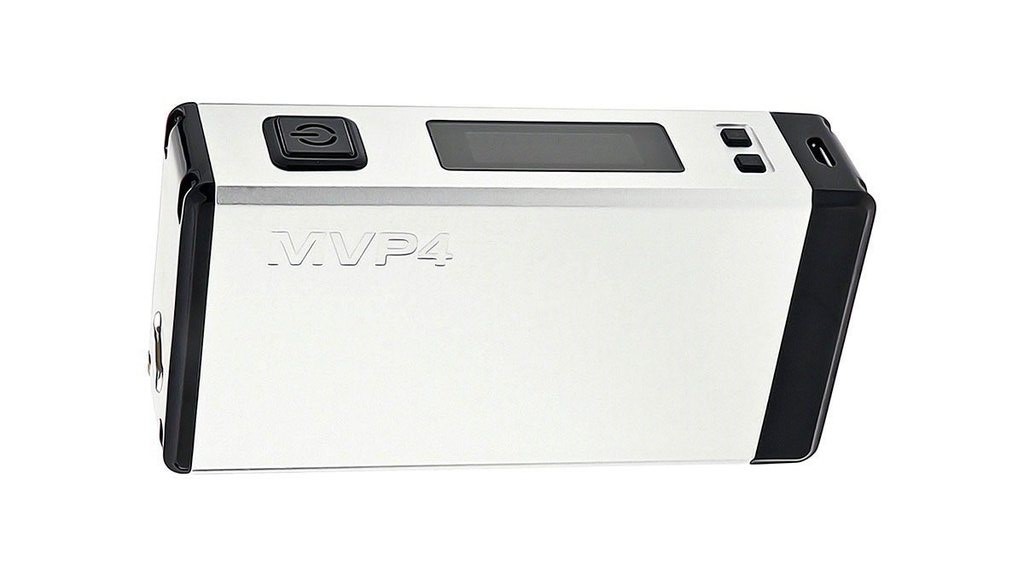 Given its age, there’s obviously not much difficulty in using the Innokin iTaste MVP 20W. The tiny LED screen only displays three things, the wattage or voltage levels, the ohms resistance on your coils, and how many puffs you’ve taken on the device.

You activate the Innokin MVP 20W just by clicking the power button fives times; the indicator light will start flashing, and it’s the only way you’ll know how much power you have left in the battery.

Going into either mode requires pressing and holding its respective button for three seconds. For example, if you want to go into wattage mode, hold the “p” button down for three seconds. And once the mode has been selected you can then use either of the buttons as an up or down selector.

But before you get to either menu, the LED screen will display the puff counter, and the ohms that it is reading on whatever tank or atomizer is attached to the device. Holding the two buttons down together will show you many puffs you’ve taken off the device, as well as the voltage level or your batteries and the ohms resistance of your atomizer.

And that’s it for the functionality of the device. All those features that we now take for granted, like temperature control for different coil types, adjusting the resistance of your coils, temperature and power modes weren’t even twinkles in vaping engineers’ eyes back then.

The power button does not come into play, whatsoever, and its function is to only turn the device on or off, which was a relief of sorts. Some modern devices that force your fingers into a game of Twister to try and access all the various menus and options they carry.

Luckily, I still had the La Queef 510 E-nail nearby, and it was a perfect match for something like the MVP 20W since the coils on the La Queef vape ideally at precisely 20W. So I put together my e-rig, fished out some leftover herbs, and loaded the dry herb tank and screwed it into the MVP 20W’s 510 connector pin.

About the only innovation, or particular add-on that the MVP 20W offered vapers back in 2014 was the inclusion of an eGO battery adapter that could be screwed into the 510 connectors to let you use your e-cig tanks and clearomizers with the device.

The Innokin iTaste MVP 20W did the job with my materials. It didn’t sear or burn them too hard, and the battery life allowed for a longer than usual vaping session.

Of course, simplicity is the only thing to like on a device this ancient. There are only two buttons on the device; there are just two vaping modes, forget about sub-ohm vaping, the lowest the device can get is 1.0ohms. But there is still something to be said about a device this simple to use.

You can’t fault a device for what it is, a product of its time. Of course, it’s not going to have all those new and updated features that most box mods feature nowadays, so saying that it lacks this or that is just unfair.

The Innokin iTaste MVP 20W still gave off great-tasting clouds, although they were significantly thinner and lighter than most sub-ohm tanks out there.

Doing a throwback review of a device like the Innokin iTaste MVP 20W was a welcome change for me. I’ve been plowing through all theses sub-ohm tanks and devices with power outputs in the triple-digits that also have smart technology, coil recognition and can still fit in your pocket.