iJoy recently scored a home run in these pages with the iJoy Capo, which attained a perfect score from yours truly for its plethora of amazing features and its exceptional performance. I loved how very different elements all came together on the iJoy Capo.

For example, the Capo was a compact, but also a powerful device. It also only took one cell, like the iJoy Elite but it could take three versions of batteries, from standard 18650s to 20700 and 21700 batteries.

After having been wowed by the iJoy Capo’s performance and great-looking design elements, I was hard-pressed to find something revelatory about the iJoy Elite. The iJoy Elite kit also comes with the Captain Mini sub-ohm tank, as well as the same two coil options found on the Capo.

Regarding vaping outputs, the IWEPAL chipset doesn’t offer anything new. One discernible difference from the iJoy Capo that the Elite has is not such a great one. The Elite features a much smaller side OLED screen, unlike the Capo’s centrally placed, and much larger OLED screen.

In my review of the iJoy Capo, I complained a little that the Capo’s screen was too small to correctly display all the important vaping information screens typically exhibit without looking like a jumbled mess. But that doesn’t seem to be a problem on the Elite since iJoy has opted to cut out a few non-essential elements from the display menu.

When you purchase the iJoy Elite PS2170 kit, here’s what you should find inside:

With the OLED screen moved to the side and reduced in size, the iJoy Elite is a thin device, slimmed down to about 10mm less than the 52mm width of the Capo. Regarding height and thickness the Elite measures in at about the same dimensions as the Capo at 80mm in height and 30mm in thickness.

The zinc alloy build and carbon fiber finish are also pared down on the Elite, with only about a half of the device being shielded with that metal, cage-like accent that I liked so much on the Capo. The Elite already comes with a 21700 battery that has a capacity of 3750mAh.

All the important operating buttons have also moved to the side of the device. The rather prominent firing button covers the top section of the left-hand side, with the OLED screen right underneath it and the selector buttons directly underneath the screen.

The Elite is a bottom-loading device, and the battery door gets popped open with a smooth sliding motion to release the locking mechanism. Other than the reduced size of the Elite, there’s not much else to write about.

The top of the Elite has a 510 spring-loaded connector that can comfortably accommodate tanks up to 25mm in diameter. The side of the device is where the USB charging port is located.

Finding Your Way Around the iJoy Elite PD2170

The IWEPAL chipset has become standard issue on most of iJoy’s high-wattage devices. The layout and functions of the Elite are the same as with any other comparable iJoy device.

The side firing button gets clicked five times to power on the device. Once you’ve turned on the device, you’ll see right away how many vaping factors iJoy has taken out to make the rest of the variables a little more legible.

You’ll only see essentials like wattage, power mode, coil resistance, vape timer and battery life indicator on the main menu. Three clicks of the firing button will let you enter the secondary menu option that enables you to adjust any of the five different vaping outputs on the Elite.

You’ll find variable wattage, temperature control for nickel, titanium and stainless steel, as well as three separate TCR modes. Power mode on the Elite lets you choose from a normal, hard, soft, and user-customizable curve feature that enables you to personalize your wattage settings for a six-second duration.

Vaping with the iJoy Elite PD2170

With the specs, the Captain Mini sub-ohm tank, and the two coil options being precisely the same as the Capo’s, I expected the iJoy Elite to perform in much the same way as the Capo. The Captain sub-ohm has a 3.2ml e-juice capacity, and the CA-M2 and M1 coils have a threadless design, so they are merely press-fitted into the atomizer base.

The Captain Mini has a push-and-flip top-fill design that makes for a convenient and hassle-free filling process. I filled up the tank with a high-VG content e-juice, Boston Cream Pie from the Vape Dudes.

I decided to enable the user option on the power mode menu and set the wattage to 50W at first and then set it to ascend in increments of ten. The curve mode only lasts for the first six seconds of your vape, which is somewhat short for such a powerful device.

The Captain Mini did whistle a little when I left the airflow vents wide open, but despite that small nuisance, I was immediately impressed by the flavor quality coming off of the Captain tank. The wide bore mouthpiece also contributed to an outstanding amount of airflow entering my vape.

How the iJoy Elite PD2170 Stacks Up

Having given the iJoy Capo a perfect score, I decided it needed to be put to the test in a contest with its brand-mate the iJoy Elite PD2170. I knew right away that this was going to be a difficult comparison to make since there are so many apparent similarities between the two devices.

They each take three different battery types. They both feature a maximum power output of 100W. They both come with the Captain Mini sub-ohm tank.

Again, the only difference I could find between the two devices is their sizes, with the Elite being only a little slimmer than the Capo. Looking at it this way, I struggled to find what it was exactly about the Capo that I loved so much.

I think the Capo had more appeal for me regarding its overall size and shape, which was perfectly ergonomic and portable. The top-loading battery port lent the Capo many great aesthetic accents, and its small size made it a welcome addition to my on-the-go vaping models.

But, one other important and ultimately decisive difference between the two devices is the fact that the Elite features in its kit, a 18650 adapter sleeve. This add-on might seem like a minor thing to tip the scales in the Elite’s favor, but it was a considerate move on the part of iJoy since the same sleeve did not come with the Capo.

The Elite had a great, ergonomic shape as well as a slight build that was lightweight and compact.

Having played around with my fair share of iJoy devices, I found the Elite’s stripped down display more of delight to navigate than the Capo’s user interface.

The Elite combined with the Captain Mini sub-ohm tank, and its two sub-ohm coil options to produce flavorful and succulent vapor clouds that were also quite dense and heavy.

I doubt that the iJoy Elite will have an existential crisis regarding its real purpose since I could not find anything new or anything at all to justify its existence. iJoy could’ve done something different than just adding a 18650 battery sleeve or making the mod smaller in size, but they didn’t.

I finished this review scratching my head as to why iJoy thought the world needed a device like the Elite. It does not serve any real, apparent purpose other than to be yet another device that can take three different battery type and also includes that 18650 adapter.

The Elite can be upgraded when you install the downloadable firmware, but so could the Capo. There was not another tank option that iJoy could have included with the Elite? It had to be the Captain Mini sub-ohm tank?

With the success of the Captain X3 and the Capo, iJoy could’ve let their experimental spirit taken over and quietly released a new mod with a distinguishing feature previously unseen on any other mod. But iJoy instead decided to capitalize (or exploit) on the popularity of an already popular device with mixed results. 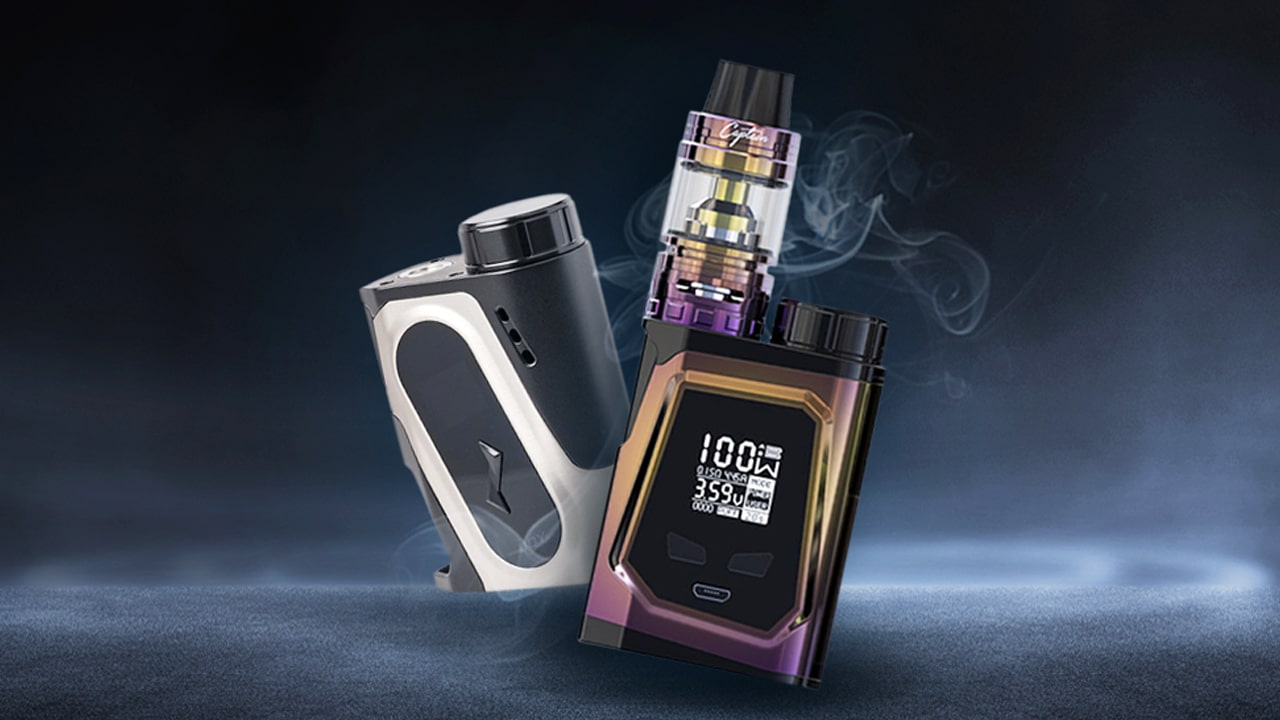 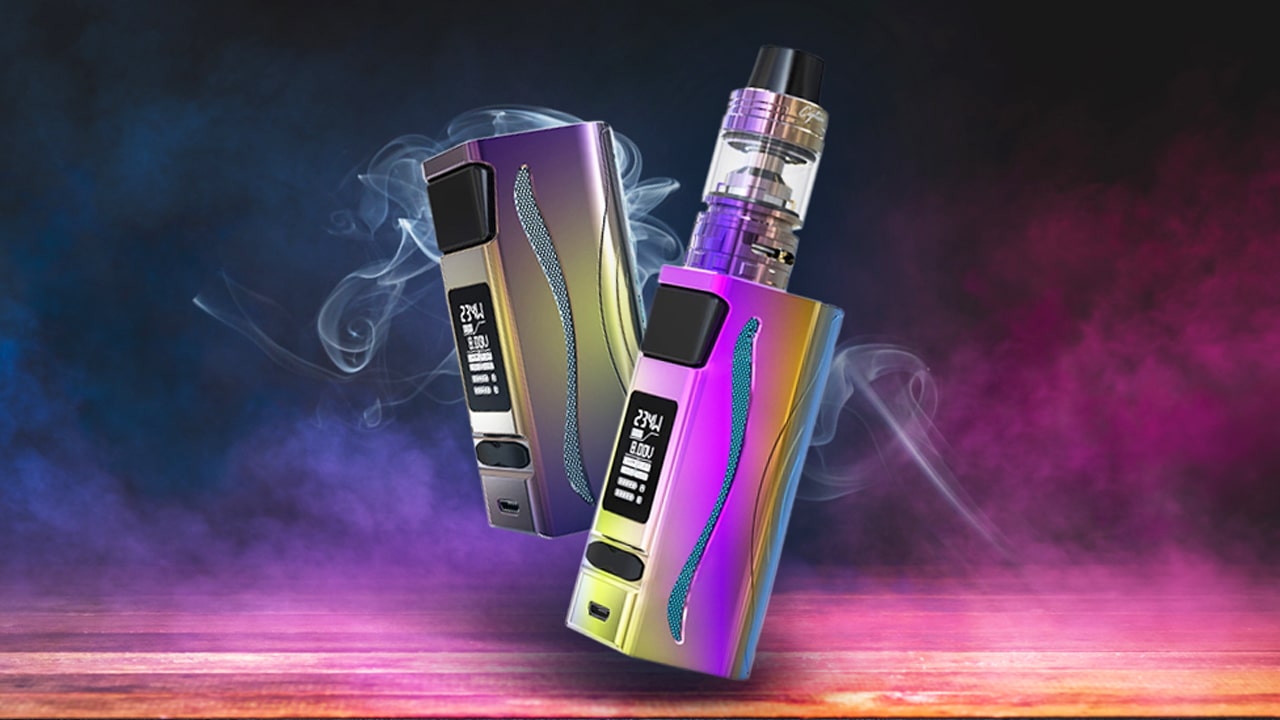 January 2, 2018
The iJoy Genie PD270 outputs a hefty 234W and has interchangeable back panels for further customization. Read our review here.