The Iaido DNA is a switchable VW mod. It features a wide wattage range, an intelligent chipset, and durable construction.

Additionally, the device has a variety of vaping settings so that the user can create the optimum vaping experience. This mod is excellent for people who like vaping with rebuildable 22 to 24 mm rebuildable atomizers.

How Does the IAIDO BP Mods Iaido DNA 60W Vape? 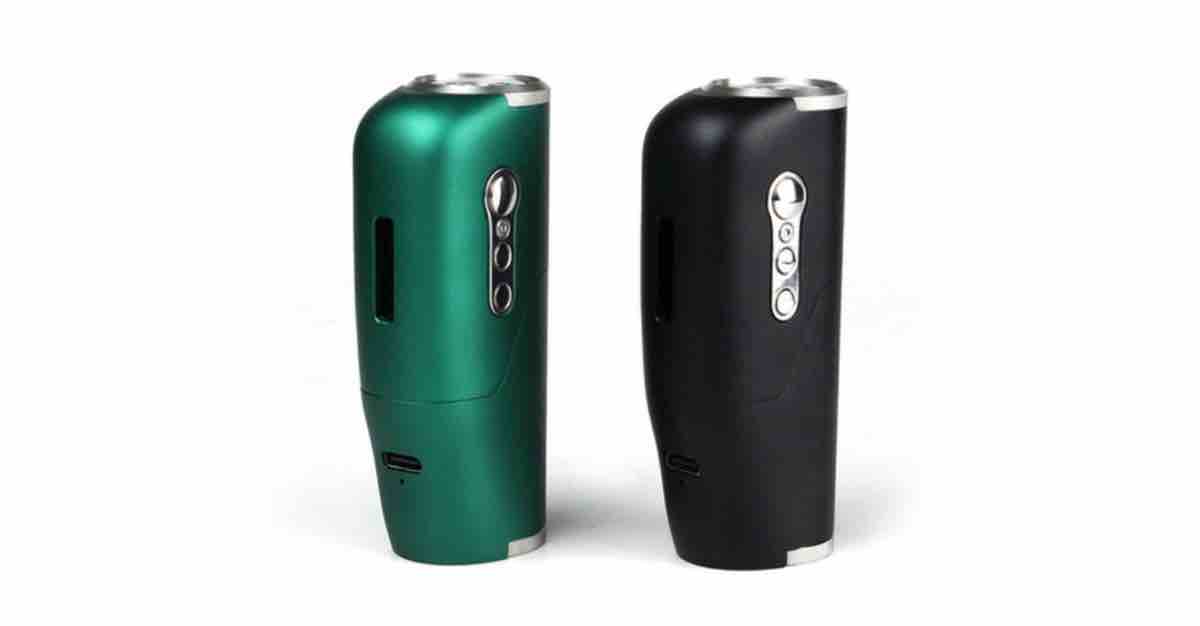 Even though this is not a mod that puts out more than 100 watts, it is still great for producing vapor. The mod is used with rebuildable atomizers, and they run at low resistances, so this vape will provide all the power needed to create big vapor clouds. There will be more on tanks later.

What Is Included With These Box Mods?

The package comes with the mod, a 18350 adapter, and two user manuals. It also comes with a type-c cable, beauty ring, and an accessory pack. Unfortunately, there is no starter kit as far as is known. That is just the way the cookie crumbles.

BP Mods Iaido DNA 60 has a solid design and build quality. Everyone should like how the body is rounded and fits the palm perfectly. The rounded body also makes it comfortable in pockets.

As for the build quality, the vape is made from stainless steel and aluminum alloy, so there is not much that can break it. Also, the buttons are very clicky and responsive.

What Battery Should Be Used With These Mods?

The Iaido is compatible with 18650 and 18350 batteries. It is easy to change between the batteries since the device comes with an adapter. Using the 18350 adapter makes the box mod slightly smaller and more comfortable to hold and transport.

What Tanks Are Compatible With the BP Mods Iaido Mod?

Like it says in the directions, the tank is compatible with mouth-to-lung and single coil atomizers. Since this device uses 18650 and 18350 batteries, it is not a good idea to use atomizers with double coil builds. They will eat up the battery life. Vapers who want double and triple coil atomizers should buy something that supports 21700 batteries. 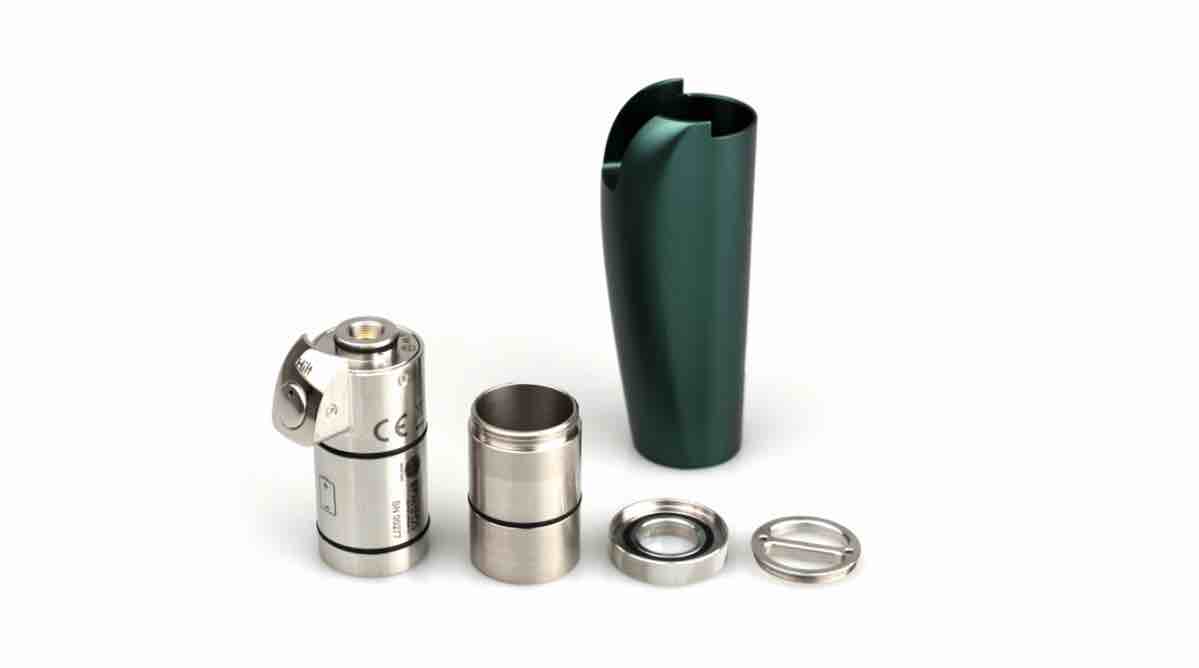 Airflow is very good with this tank because there are two very wide airflow slots that feed into four airflow channels, resulting in the coil getting hit from multiple directions. This tank is ideal for people who want to vape the Iaido with a direct-to-lung RTA.

This MTL rebuildable tank atomizer supports single coil builds and different airflow options for MTL and restricted DL hits. The RTA is also top-filled, which makes it a lot easier to use than other tanks.

Another reason why this vape is easy to use is that the build deck has space to work with, which makes it easier to insert the coil. The airflow comes from the top, which reduces the chance of leaking. As for the flavor, it is very good. This RTA ranks up there with the best of them.

How to Use the BP Mods IAIDO DNA 60w

The mod comes with different diameter 510 plates to accommodate different sized tanks. One is 22.5 mm in diameter, and the other is 24 mm. The tanks screw in and out of them. Take them off by twisting them counterclockwise and lifting them off. Put them on by doing the same in reverse.

The battery cap screws on and off, and the battery is put in with the positive side up. To take the 18650 compartments off:

The Aspire Mixx is similar to the Iaido in many respects, with the same wattage and battery compatibility, making them ideal for single coil builds and MTL tanks.

However, they are different in terms of outward appearance and price. The Aspire Mixx is not as comfortable to hold as the Iaido, but this mod is much less expensive. 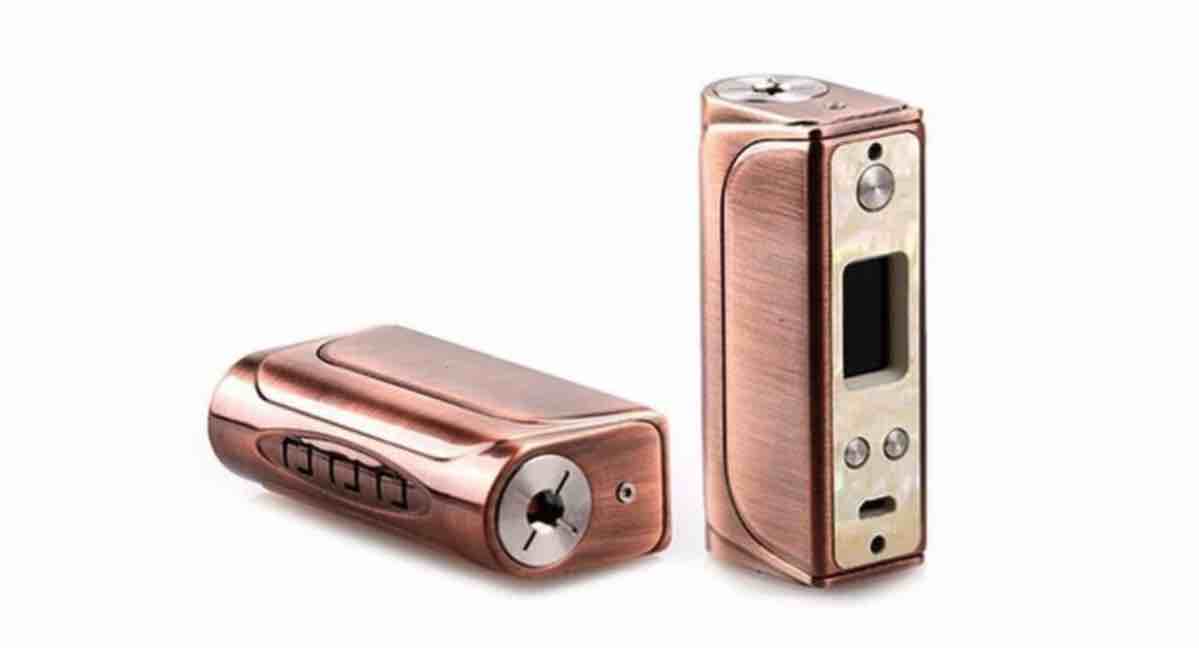 Final Thoughts About the Iaido DNA60 Mod by BP Mods

These mods are great for single coil builds and MTL tanks. It produces a good amount of clouds and flavor, and it is super comfortable to hold because of its ergonomic design.

However, it is hard to see the point in making this vape or anything similar compatible with a 18350. The 18350 cannot handle high wattages, while the 18650 can handle high or low wattages. Yes, a 18350 will make the vape smaller, but is it not small enough already?

Other than that, there is not much to complain about here. It is an outstanding box mod. If you think otherwise about these mods or agree with our assessment, please leave a comment below.