E-Cigarettes and vape culture have grown and evolved a lot over the last several years, but we’ve never seen anything quite like the JUUL. Prior to the Juul, no e-cig was as reputable and easily-obtained. We had Blu and brands like them, but users were constantly given a subpar experience for a low price. Juul, however, provides a high-quality experience at an affordable price. The Juul is so popular that you can pick one up at most gas stations. It isn’t for everyone, but the Juul has made the world of vaping a lot better, and soon you’ll see why.

The Juul is a closed system e-cig with a variety of flavored e-liquids that are totally unique. Open system e-cigs allow you to refill your tank with e-liquid bought by the bottle, whereas closed systems typically have their own line of e-liquid that only comes in a replaceable cartridge intended only for use with their vaporizers. 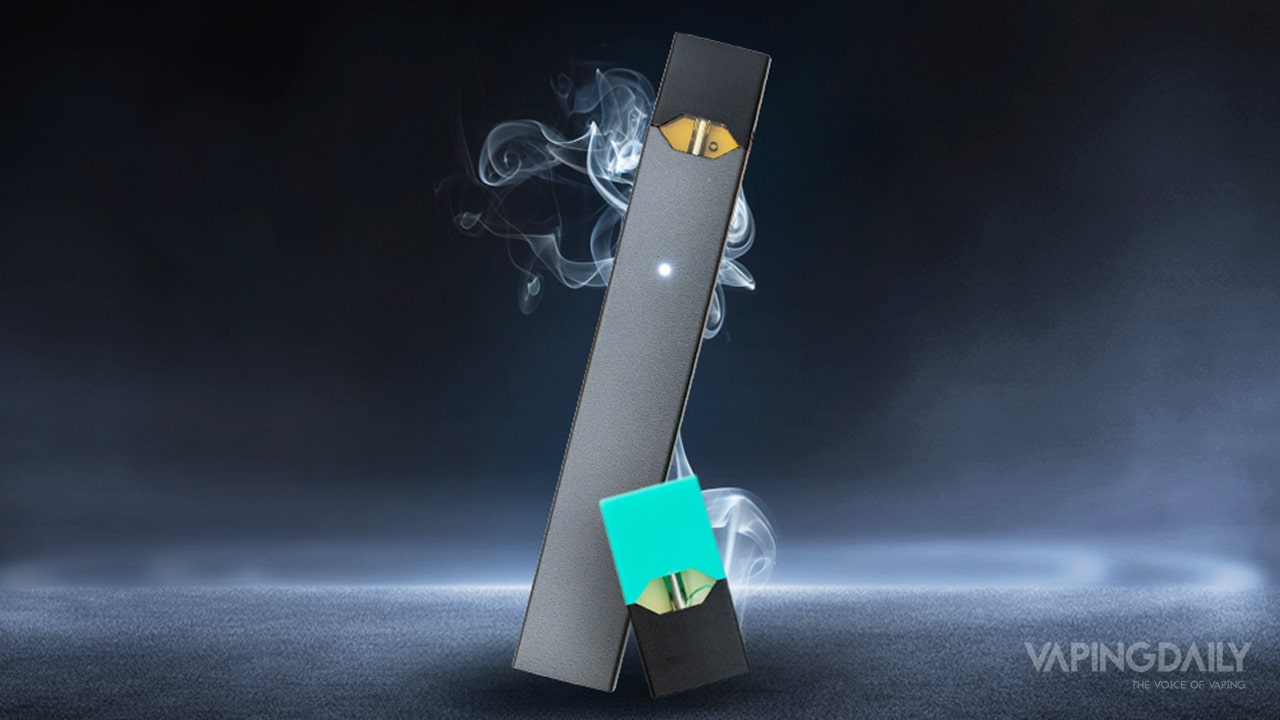 The Juul has an aluminium shell with sensors that detect when you take a pull. Accordingly, the system will send power to the atomizer contained within each pod, causing it to heat up and produce vapor. The system comes with four replaceable pods in various flavors and a very sleek magnetic USB charger.

How Does It Perform?

The Juul performs admirably. The battery life is good for a unit of this size. The average user will get a day or more of usage per charge, but the heavy users will need to take a few minutes to charge sometime during the day. It might not last everyone a full day, but it’s a good, mid-performance unit.

There’s nothing standard, however, about the vapor production and the taste that comes with it. You’ll get more out of this than you typically would with a vaporizer of this size. 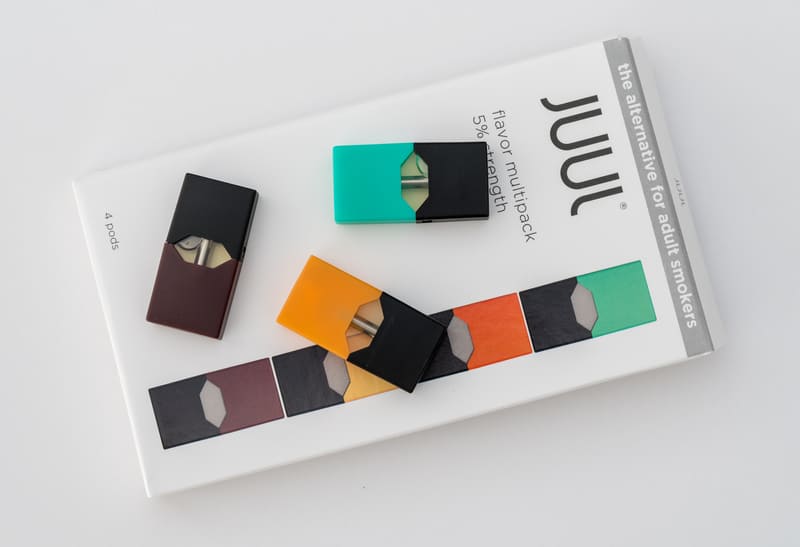 Juul claims that their vaporizer is the most viable alternative to smoking because of their unique use of Nicotine Salt. Their patented JUULsalts provide the vapor with a unique texture that resembles smoke more than traditional vapor.

JUULpods have more nicotine than your standard bottle of 3-milligram e-liquid. Because it’s designed to closely emulate the draw and hit of a cigarette, you get a tight pull with a lot of nicotine. Considering how potent each hit is, the Juul does a great job of making each hit smooth and tasty. Again, it isn’t as smooth as some larger devices, but what the Juul achieves with such a small footprint is impressive. Each JUULpod has roughly the same amount of nicotine as a box of cigarettes.

Should You Buy the Juul?

The Juul hits in a very unique way. It puts out a lot of vapor for a unit of this size, but it won’t put out as much vapor as a mod and tank would. You lose power when you go with a unit this small, but it’s far more discrete and portable. Juul’s immense popularity is proof that many people don’t mind the trade-off. Due to the Juul’s compact size and use of nicotine salt, you’ll be getting smaller, tighter, more potent draws than you’d get from a mod. This isn’t good or bad. It all comes down to preference. There are pros and cons to every vaporizer, and to wrap up we should talk about them.

The cons list is short because overall this product is built and performs very well. The good people at Juul were aiming to make a product that’s perfect for a specific niche, and they did so successfully. It isn’t for everyone, but if you want a smaller vaporizer that’s portable and efficient, it might be for you.

The system is closed, and that’s a negative for a few reasons. If you like the juice they sell it won’t bother you as much, but you’re missing out on a lot of variety that you would otherwise have.

There are a few benefits to a closed system. It’s not as messy when you run out of juice. Instead of refilling a tank you’re just replacing a cartridge, and it’s a lot less hassle.

If you want something that’s similar to the Juul but with an open system, you still have a few options. We recommend checking out Rubi by Kandypens.

Whether or not the Juul is right for you, it is a great product that stands above the rest. The experience is unique, and it would be a challenge to find anything like it that poses any kind of threat. If it sounds appealing to you, you should definitely give it a world. If the mention of a tighter throat hit makes you cringe, it’s probably best to stick with the mod and tank setup. Some people just like their big, smooth clouds. If you want something closer in size and feel to a cigarette that gives you a nicotine buzz quickly and discreetly, the Juul might be your best option.