A popular e-cigarette brand from New York, Henley Vape is one of the leading makers and sellers of premium e-liquids today. Having their headquarters situated in the busiest city in the United States of America, Henley Vape has quite quickly made a mark in the e-cig world. This began in 2011, following their establishment of New York’s first vape shop and lounge called The Henley Vaporium.

Now that they are considered among the top brands for e-cigarettes, we want to know whether their line of e-liquids is also top of the class. To check it out ourselves, we tried their flavors and wrote this review for your reference.

Their selection is no doubt very limited, but the taste in each one of those little bottles is stunning. They are also not the cheapest, but the price tag on their e-liquids is reflective of their products’ value. Anyone looking for gourmet e-juice and can stick to a few favorite all-day vapes will find Henley Vape’s e-liquid line a great option. Plus, if you love shopping for different e-liquid brands, Henley Vape also sells e-liquids from the other top brands, which is very convenient.

Henley Vape was founded by Peter Denholtz and Talia Eisenberg in 2011. Within a few years of selling handcrafted mods and vaping gears through their vape shop in New York called The Henley Vaporium, Henley Vape has gained a rather good impression from vapers all over the world.

Their primary slogan and campaign, which turned out to be a great marketing strategy, is putting an end to decades of rising tobacco-related deaths in the US. Consumers are apparently convinced by their advocacy and are equally converted that Henley Vape’s products are impeccable in terms of performance and class.

Apart from their superior mods and vaporizers, Henley Vape also carries superior vaping products from other brands. This expands the limited selection of products, including their e-liquid flavors, and is probably an additional reason more people love this brand.

We were more than excited to try out Henley Vape’s e-liquid line in one sitting. After all, they only have 11 flavors from their line. With a lot of e-cigarette products from Henley Vape, this seemingly diminutive number of flavors can be intriguing, making us think that there must be something very special in these things so that they remain out of the ordinary and are still spared from mass production.

While their short list of flavors is jam-packed with mouthwatering options, we have found the following to be their best shots:

They do not have the regular and plain tobacco flavors that most ex-smokers would look for when they switch to vaping. Most of their options are from the fruit and dessert groups. Even so, Henley Vape made sure that as you go through each one of their bottles, you will come to realize that vaping, unlike smoking, offers so much more beyond the common burnt and smoky taste that cigarettes do.

Henley Vape’s e-liquids are made of 100% kosher, food-grade ingredients under strict laboratory standards. All flavors come in 50-50 PG-VG ratio and are available in 15ml bottles. Some find this too restricted, such that there is no option for VG-based or PG-based flavors.

The only choice you can make when purchasing an e-liquid from Henley Vape is the nicotine level, as they offer a number of options from 0mg, 3mg, 6mg, 12mg, 18mg, and 24mg.

Finally, here is our verdict on each of the top five flavors based on our judgment.

Union Square – This flavor was previously known as NY4, one of the most popular choices among new vapers. It is the only tobacco flavor in their list, topped with a slightly sweet finish that smells and tastes of warm caramel. There is a balance between both sides in this flavor, as the tobacco taste does not overpower the caramel and vice versa.

Vapor production is just the right amount—something we expected from a 50-50 e-liquid ratio. The throat hit and taste out of every draw was amazing—nothing too harsh, and very far from being lousy. The Union Square is absolutely a mouthwatering all-day vape.

Psychotherapy – A combination of doughnut and cronut, Psychotherapy is also a favorite among Henley Vape customers. Sweet and flavorful, this e-liquid is reminiscent of a good round of tasty doughnuts that are freshly baked from the oven. There’s a hint of maple on the exhale, which is a plus factor for anyone with a sweet tooth. Otherwise, we would think that this flavor is best used for special occasions when the need for something obviously dessert-like arises.

A Train Expresso – A must-try for coffee lovers who want their all-day vape to taste and smell like real, full-bodied coffee, straight out from the espresso machine. The A Train Expresso is indeed a quick substitute for when you yearn of a cup of coffee, only without the caffeine!

Stop & Frisk – A mix of pear and coconuts, the Stop & Frisk is a creamy vape that is not too strong and not too sweet, thus perfect for all-day vaping. We were afraid to taste too much of either flavor in this e-juice but were surprised to see how Henley Vape has perfectly balanced both coconut and pear. Fruit dessert lovers will definitely adore this flavor.

Blue York – Another dessert flavor from Henley Vape, the Blue York is a combination of cinnamon and blueberry crumble. Not the most enticing for tobacco smokers, at first, this e-liquid turns into a perfect after-meal and all-day vape with plenty of sparkling flavors that come out of every draw. The blueberry crumble is a mix of sweet and slightly sour pastry, with a light cinnamon finish that completes the delectable flavor in this e-liquid.

Prices and Our Thoughts

Henley Vape e-liquids are not the most affordable in the market. Priced at $12 for every 15ml bottle, they, in fact, belong to the more expensive brands today. Nonetheless, this does not seem to bother their customers as most of their products continue to sell out due to their quality. In fact, many their premium flavors are out of stock, due to the continuously increasing demand for this brand.

All in all, we believe that Henley Vape e-liquids make up for their limited selection by ensuring that their customers are satisfied with every bottle they purchase. This brand, which sells premium vaping gears and accessories, has become a famous choice for people within and outside New York, and will continue to thrive due to their dedication to creating only the most superior products on the market. 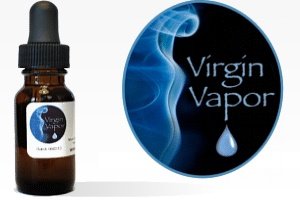 October 17, 2017
Virgin Vapor has made a name for itself as a company that offers truly organic e-liquid products. Read on to find out more about the brand.