Finding pod mods that stand out is hard but not impossible. This pod mod’s odd appearance will definitely make it stand out. However, there is more to this vape than appearances alone. It also is a big performer in the flavor and vapor departments.

Besides having a strange but fantastic appearance, this vape has many excellent features.

These features include high wattage output, a large pod, and a sturdy build that makes it tougher than the average pod mod. It also has versatile options for batteries.

This vape will be popular with people who want a long-lasting vape that can withstand the occasional drop or fall and produce phenomenal amounts of vapor and flavor.

The kit comes with four coils total, one of which is a 0.3 ohm coil. If this coil is vaped at over 50 watts, it can produce immense clouds. The other coils can also make decent clouds, too. These mods are good for cloud chasers.

There are modes for stainless steel, titanium, nickel coils, and temperature control. They also have bypass, smart, and voltage modes. 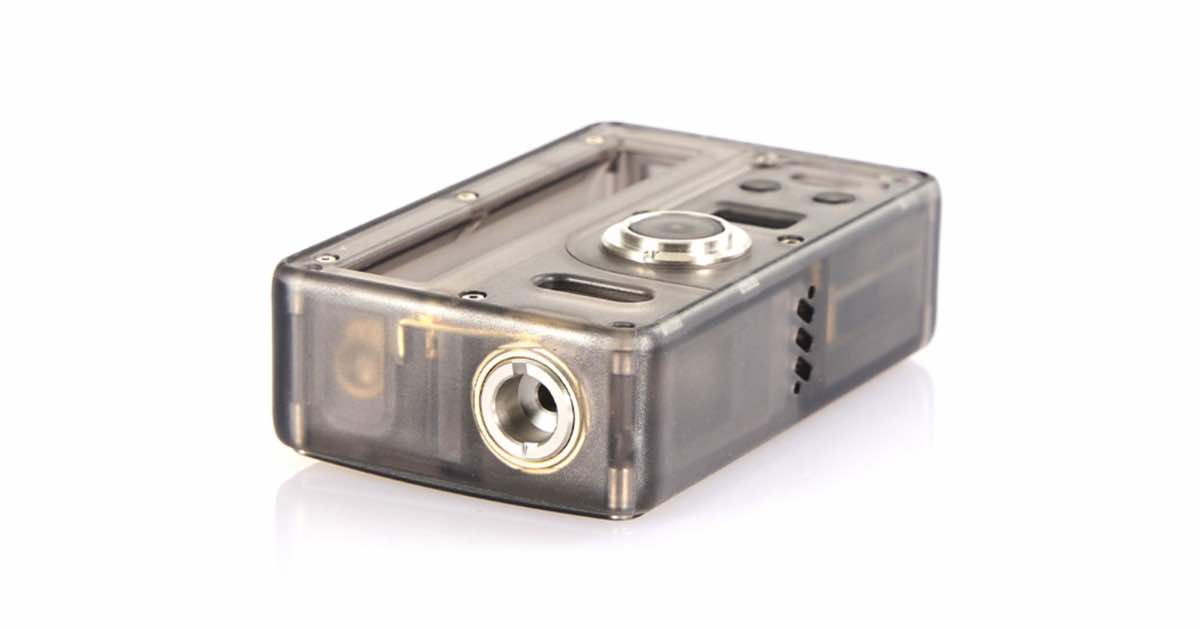 The vape is rectangular, which is not what many people want to see in a pod mod. However, it is still pretty comfortable despite the sharper-than-average corners and blockish shape.

Super thick plastic encompasses the vape, which is the reason for its durability. It is not like an IP67 or IP68 rated mod, but that thick and hard plastic gives it an added degree of protection.

The side panels are removable and behind them are the tank and battery compartment. Beneath one panel is a juice viewing window, power and adjustment buttons, and a display screen.

One of the more exciting features is the adjustable 510 pin. The adjustable pin allows the user to fit different tanks into the vape. 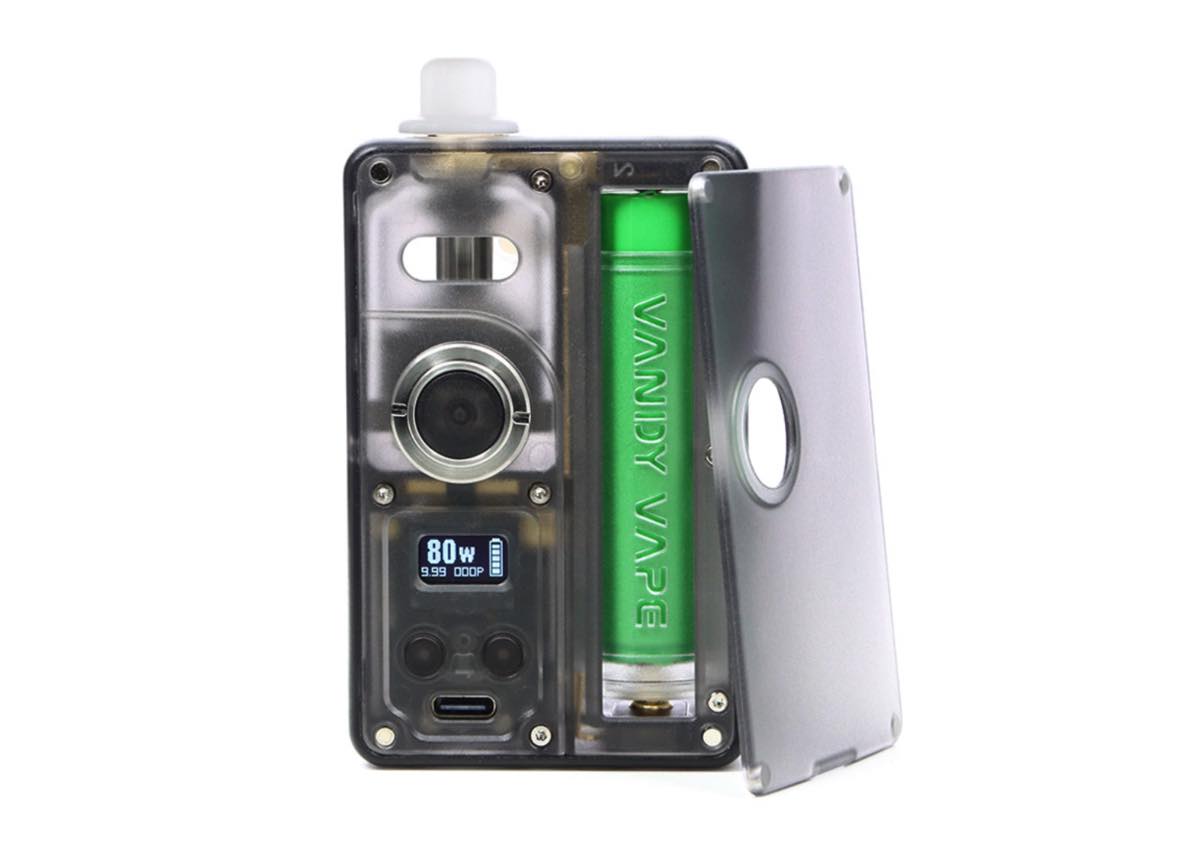 There are many options for people when it comes to batteries. The easiest thing to do is stick a 20700 or 21700 battery inside the vape and start blowing clouds.

However, the starter kit comes with a 18650 adapter. Therefore, a buyer who already has a 18650 and does not want to spend extra money on more batteries can use that adapter.

Battery life is shown on the screen beneath the panel with the cut-out for the firing button.

The design of this panel is actually a con, but in its defense, it does protect the screen and prevent it from smudging. The drawback is having to remove the panel to look at the screen. It would have been better if the panel had some clear plastic or a cut-out so that you could see the screen.

Other than that, it is an exemplary screen. Nothing fancy, just a battery indicator on the right margin, the wattage, ohms, and a puff counter.

There are two pods in the kit: a pre-built one and an RBA.

The pre-built pod uses the coils included in the starter kit as well as other VVC coils. It is clear plastic and has a chimney that runs partly to the top. The coil pushes into the pod from the bottom and can be pulled out just as easily using the wrench in the kit.

The pre-built pod holds 5 ml of liquid and is top-filled. Refill it by pulling out the clear rubber plug at the top. 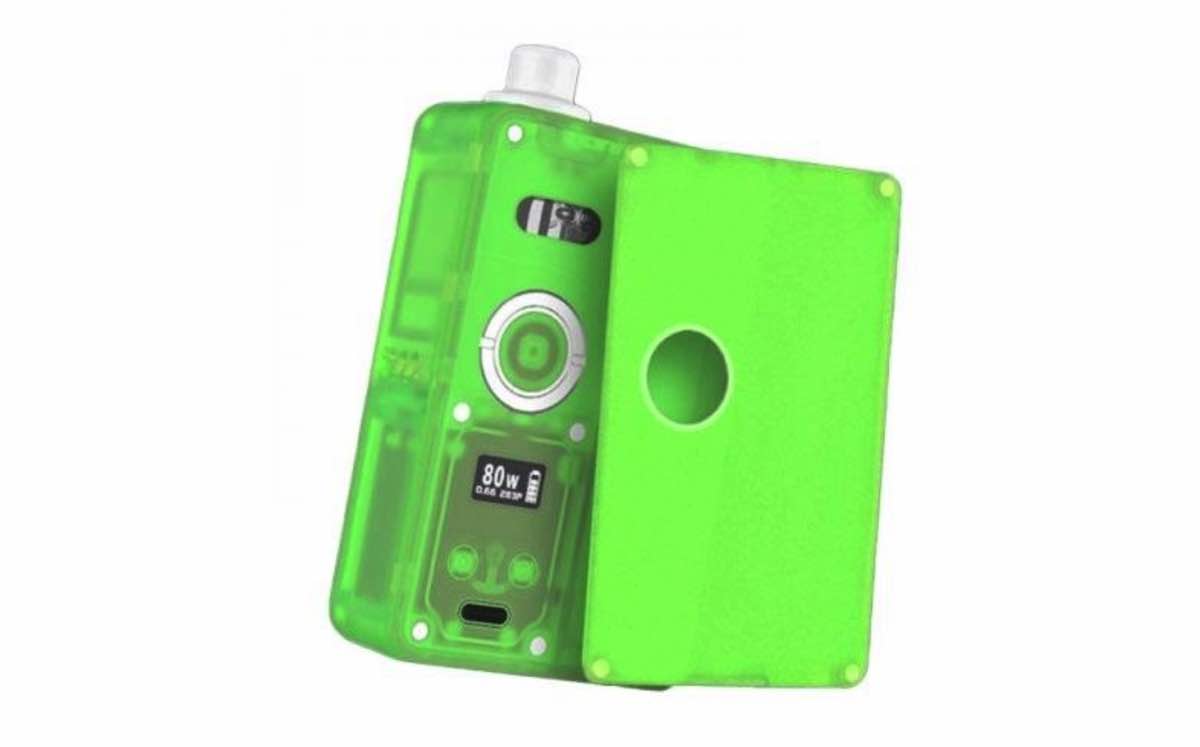 The Vessel RBA allows vapers to build their own coils. It has a large chimney that connects with a rebuildable deck, and it holds 3.7 ml of liquid. It is filled the same way as the pre-made pod.

The build deck supports single coil builds and has juice wells on either side. Flathead screws secure the coil via four holes at the base. The holes are a little bit small but not so small that it is impossible to secure the coil. 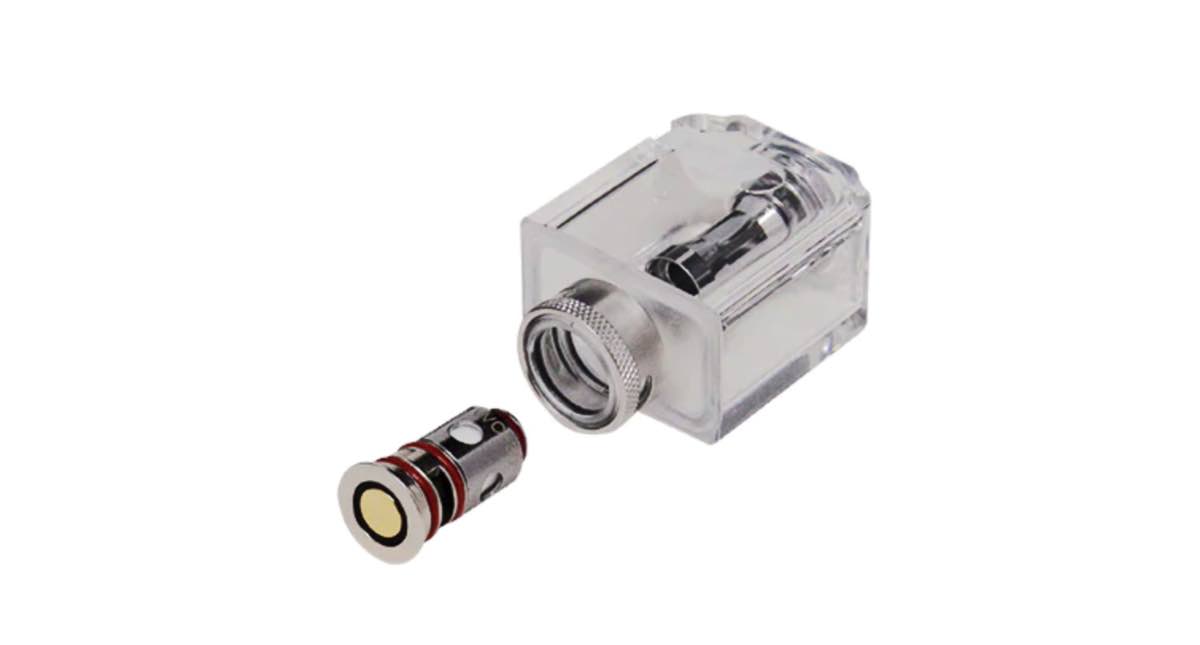 This starter kit comes with four coils, so no complaints there. These coils are:

Instead of a 0.6 ohm coil, it would have been better to include one of their 0.9 or 1.2 ohm coils. But that is not a big deal because you can buy them easily.

That depends on the coils being used. The lower resistance coils should be good with 70/30 or 80/20 vegetable glycerin to propylene glycol liquids. The 0.6 ohm coil can handle 70/30 and 60/40 liquids pretty well, too.

The higher resistance coils not included in the kit are better suited for vaping 50/50 liquids on low wattages.

That answer depends on how the coils are used. The lower resistance coils can be used with high VG liquids at high temperatures.

How to Use the Vandy Vape Pulse AIO 80w Kit 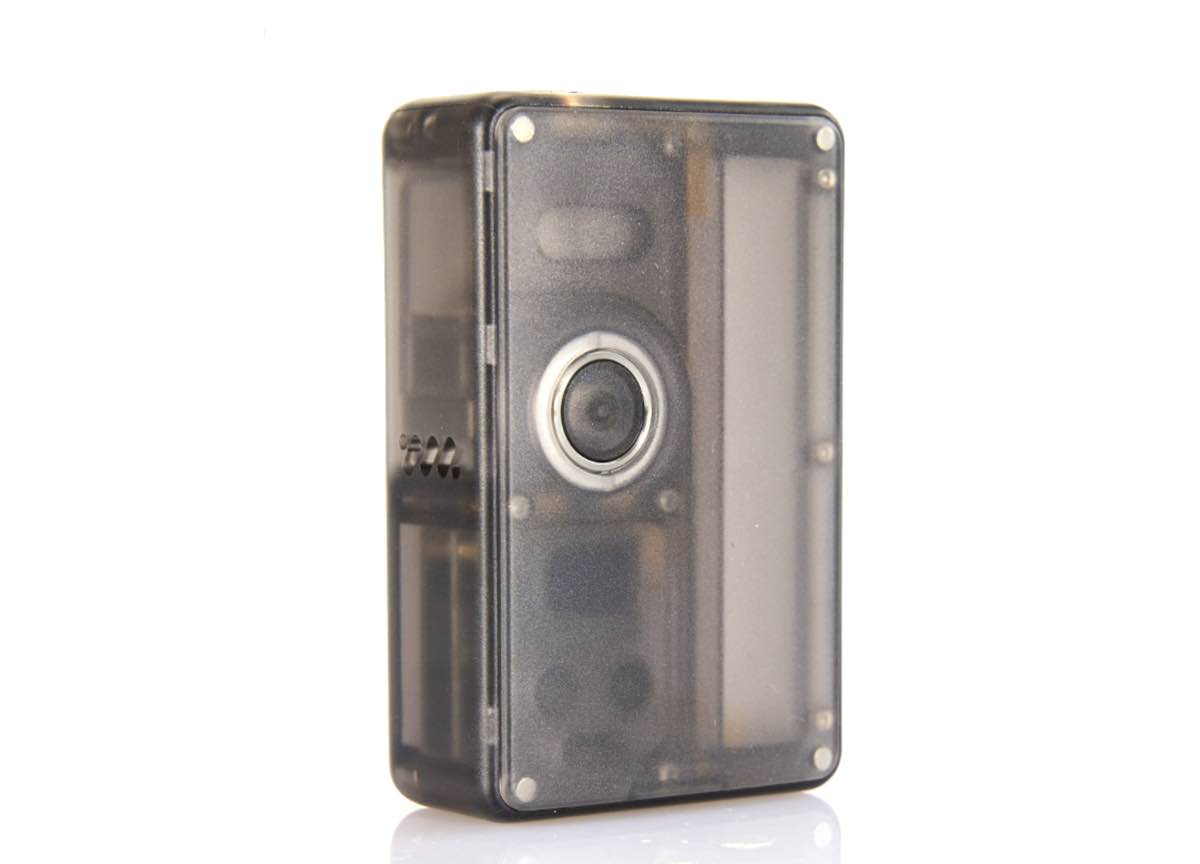 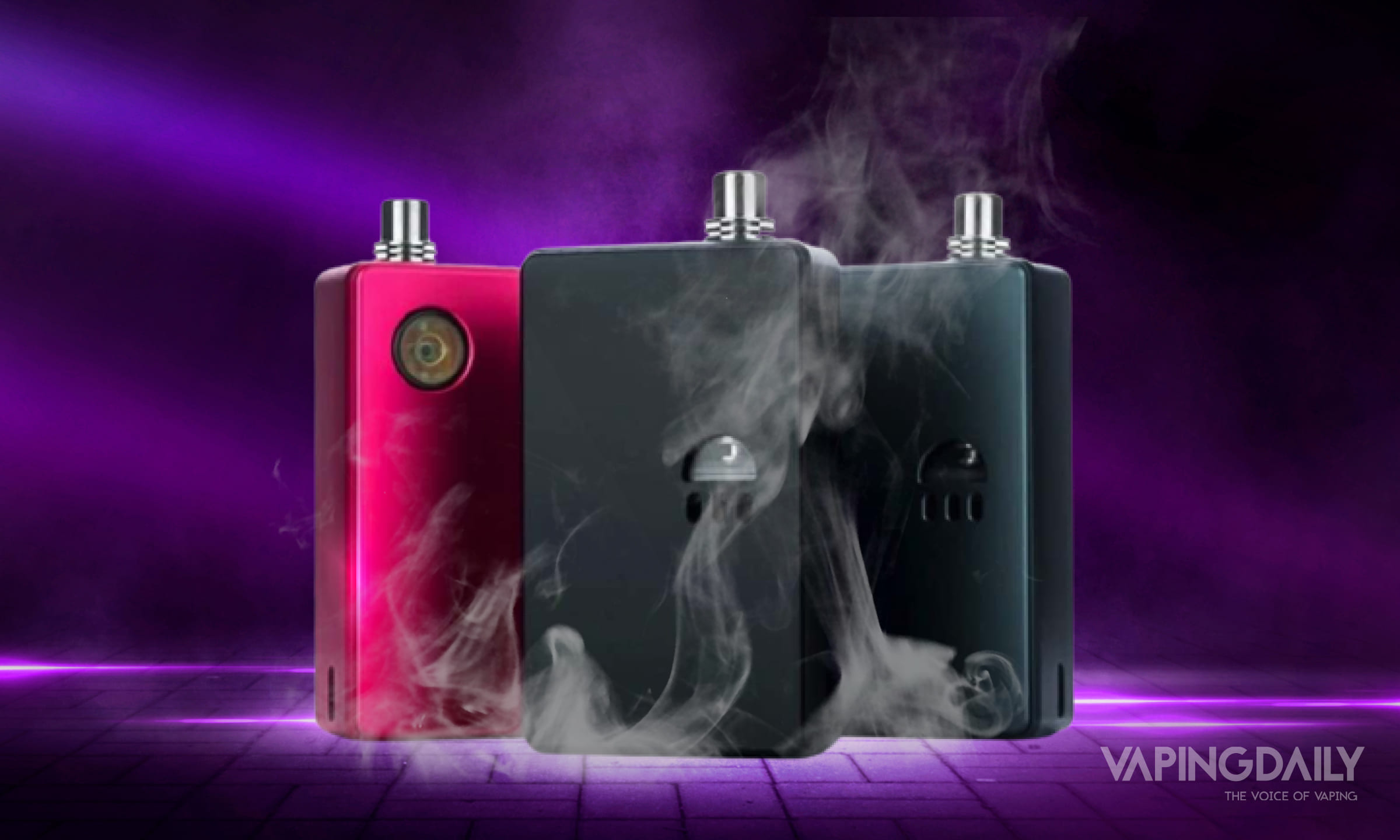 The Cthulhu RBA has many features that vapers are going to like. Features that stand out are its multiple airflow inserts, 6 ml MTL RBA, and a fully regulated chip with five different vaping modes. The Pulse AIO has several advantages, though. 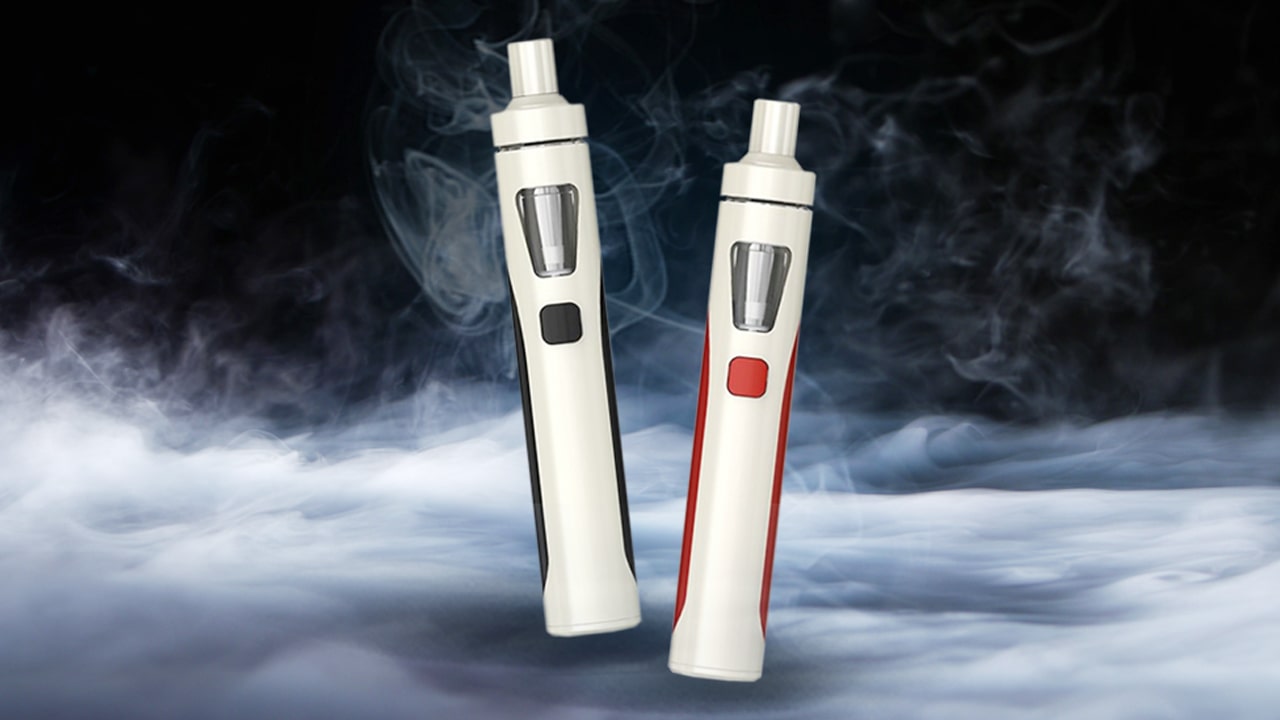 The Ego AIO is a whole different animal.

This is a pretty good vape, but Vandy Vape made some mistakes with those detachable panels. The design would be better with cut-outs or windows for the screen. It is almost like they were overly focused on making the vape look fabulous with those detachable panels that they forgot some of the small details. Also, the holes in the RBA are tiny and could have been a tad larger.

Despite those two problems, this is a pretty good pod mod. The device is sturdy and vapes very well, and the airflow and flavor coming off the coils are very good. However, they should have includes some higher resistance MTL coils, but the flavor is still pretty good.

If you have tried this device and want to present us with your opinion, please leave a comment below. We like feedback from our readers.