Uwell Amulet: A Vape Wrapped Around Your Wrist

The Uwell Amulet is Uwell’s most recently released product, and it’s a surprise, to say the least. Uwell has built a great reputation for itself with its awesome tanks and pod vapes. However, they’re pushing the boundaries with this innovation pod system watch now.

That’s right, a pod system watch. It stays around the user’s wrist and looks just like a smartwatch until it’s time to vape! It effortlessly lifts out of its smartwatch attachment, and suddenly, it’s an ultra-portable device with fantastically flavorful vapor.

There’s nothing conventional about the Uwell Amulet Kit. It’s a pod system vape, but it’s also a smartwatch. Frankly saying, no one saw this coming. It’s a very weird idea, but that isn’t to say this product isn’t awesome.

After all, vapers in the market for a smartwatch can save themselves some pocket space. Vaping has never been quite this convenient.
The Uwell Amulet is a rectangular pod system with a bright, crisp touch screen display. When it’s in the included wrist strap, it looks just like a smartwatch. It can be lifted out of the wrist strap to be used as a vape at any time. 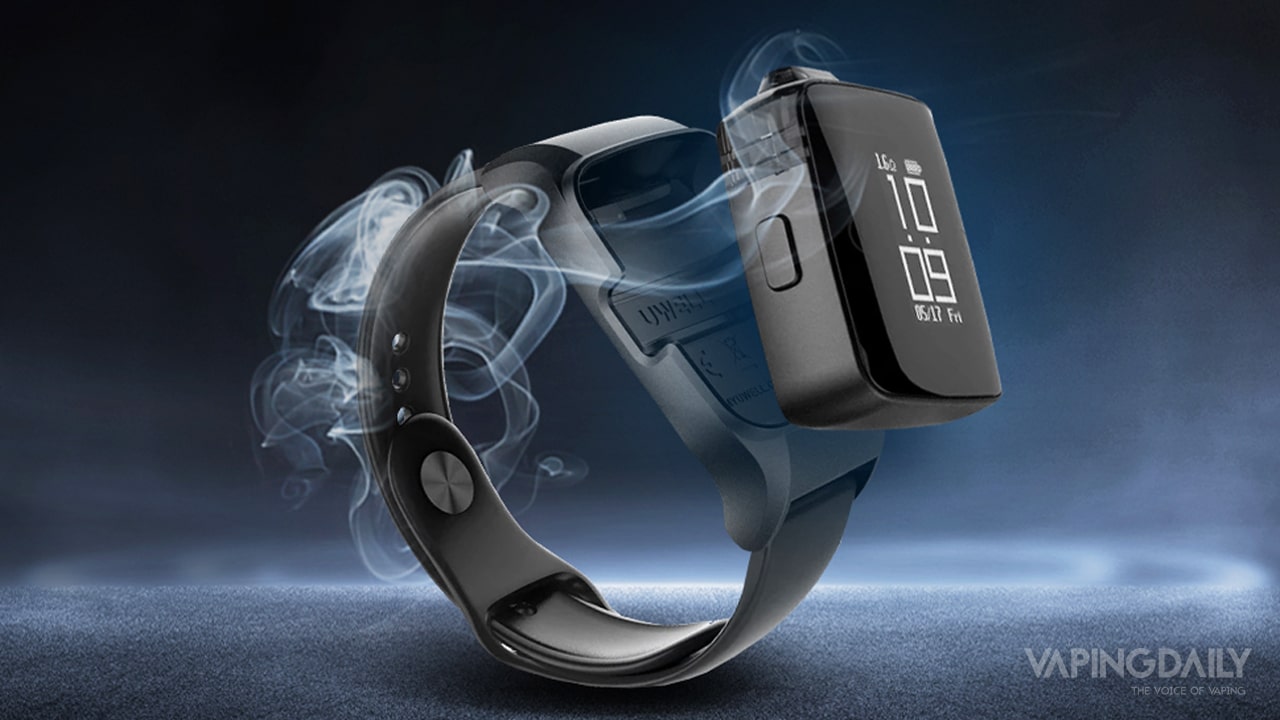 This pod system uses a draw-activated mechanism. In other words, there’s no fire button. To use the product, all the user has to do is take a draw. The refillable pod locates at the top of the vape. Removing it is effortless, and refilling is a breeze.

As a smartwatch, it has a lot of awesome features. The touch screen display shows the time and date, battery status, and the pod system’s ohm reading. The screen even rotates so that no matter how it’s oriented, the time is readable with ease. 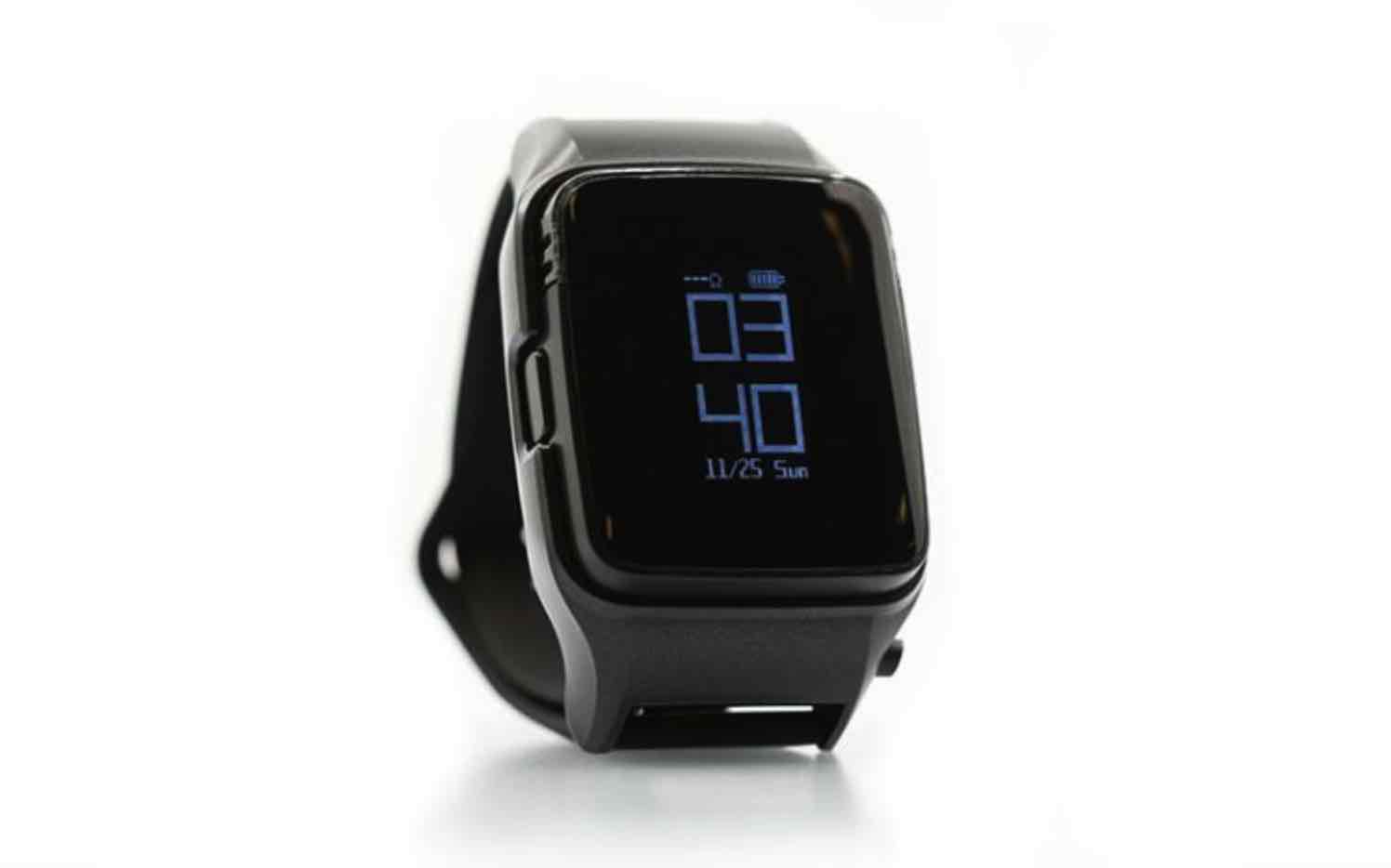 The Amulet system’s vapor quality is pretty great. The coil provides a surprising amount of vapor considering its size, and the vapor itself is very flavorful.

Speaking of the coil, it’s a pretty standard setup with a single-coil located in the center of the pod. It goes all the way up to 10 Watts, which is pretty great for any ultra-portable pod system, especially one this tiny.

The Amulet pod features a 370mAh battery, which is, again, great for a pod system of this size. That’ll last even the heaviest vaper a full day of use, if not several.

Uwell Amulet: What Comes in the Kit?

Like most vape kits, the Uwell Amulet Pod Kit comes with everything needed to get started except for vape juice. It comes with: 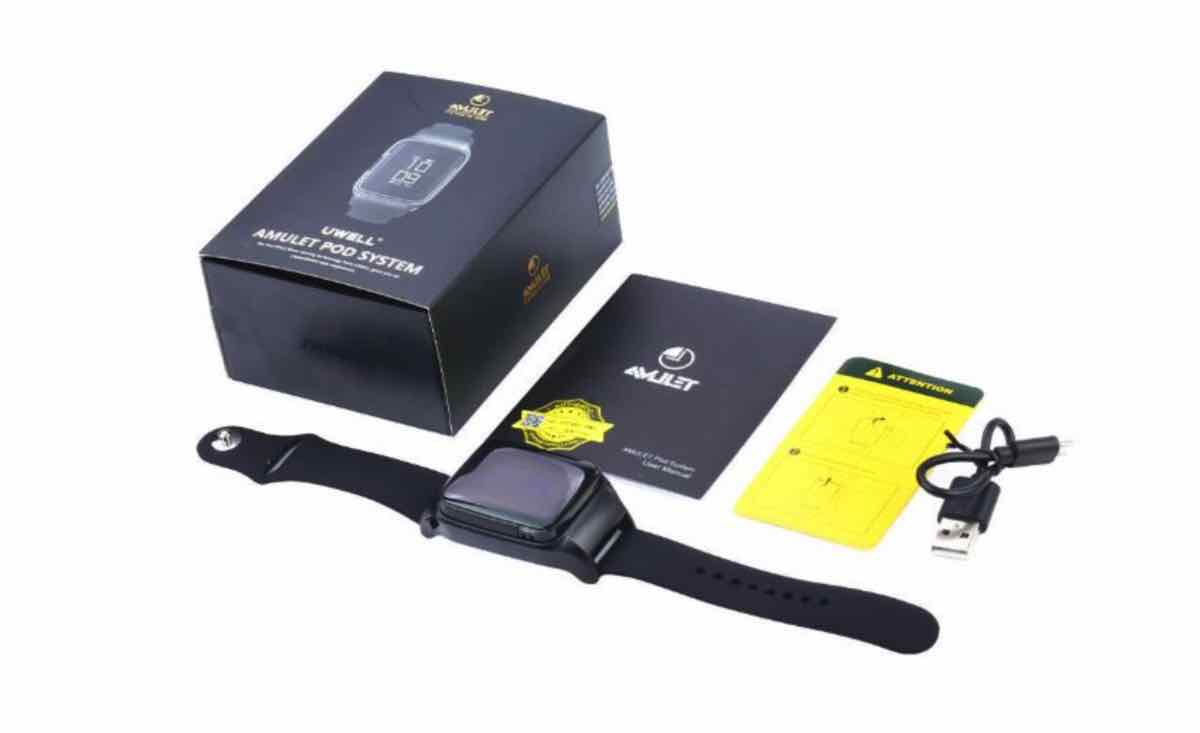 The device works fabulously as both an ultra-portable pod system and a watch. The included wrist strap is very comfortable, and it’s adjustable so the user can get a perfect fit. 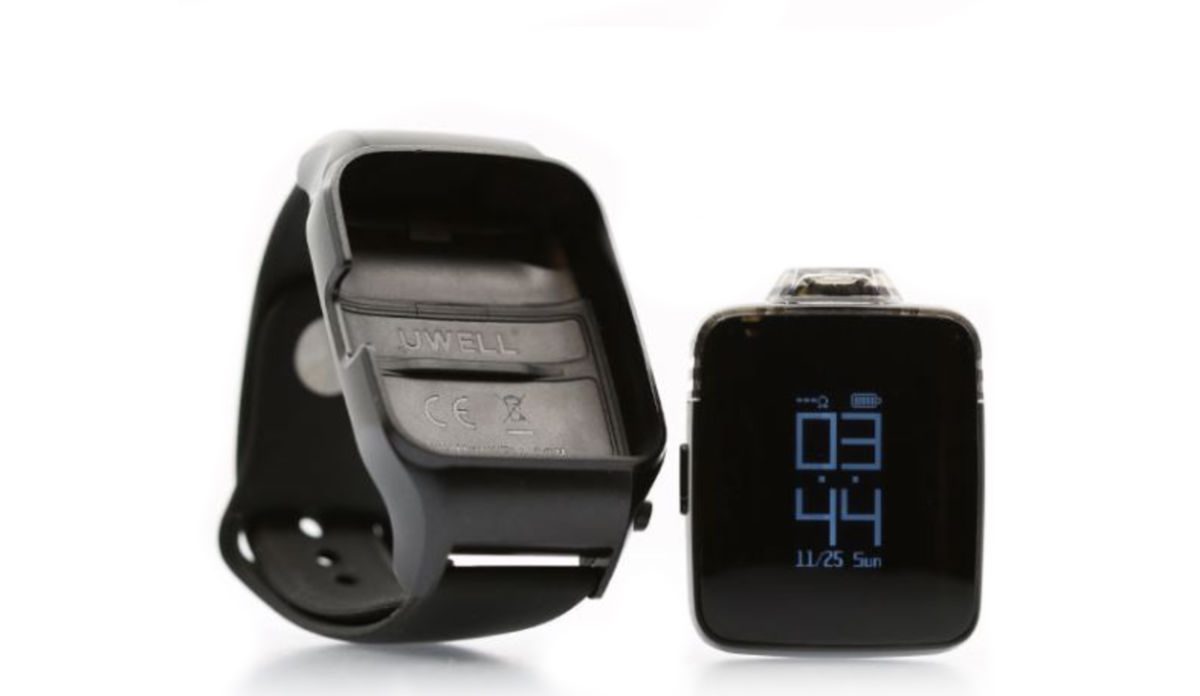 The screen rotates, so no matter the orientation, the wearer can view the time of day with ease. It even has a touch to wake feature that saves battery life and makes viewing the time simple.

The pod system itself rests inside the wrist strap and can be easily removed at any time by pressing down on the click and lock mechanisms located on the sides of the watch. Once it’s been removed, vaping is as easy as taking a draw thanks to the draw-activated mechanism inside.

Internal Building Quality as a Vape

The Uwell Amulet is a high-quality device with high-quality parts. The removable pod features a single-coil design that produces a surprising amount of vapor. This is due to its comparatively high wattage (10W.) This vape has a tight draw, which is a big plus for those that prefer it.

The flavor from the device is fantastic. This is due largely to its patented Pro-FOCS Technology. It strictly regulates the temperature for smooth, consistent vapor and even manages the material quality to keep the vapor tasting clean and flavorful.

The battery found in the Uwell Amulet is a 370mAh battery. That isn’t a lot compared to larger vapes, but for a vape of this size, it’s honestly a massive amount of power.

Considering the Amulet pod operates at a maximum wattage of 10W, that 370mAh battery should last even heavy vapers a full day, if not more. Of course, that will depend both on the user’s vaping habits and how often they check the time.

This refillable pod is pretty standard, but it performs very well. It has a 2ml vape juice capacity and has a single-coil design with the coil located directly in the center of the Amulet pod cartridge. The Amulet pod has a leak-proof silicone cap that makes the replacement of the vape juice easy.

Most ultra-portable pod vapes that operate at such a high wattage have two coils that share the load. It’s odd that Uwell went with one, but that isn’t a complaint. It works wonderfully, although two coils design would likely make the refillable pods last longer.

Despite the typically short-lived single-coil design, the Uwell Amulet’s pods last quite a long time. Of course, performance will vary depending on every individual vaper’s frequency of use.

For most, an Amulet pod cartridge will last a week and a half to two weeks, but, again, heavy vapers might burn through the coil faster. Still, even the heaviest of vapers should get about a week of use from this refillable pod, give or take a day or two. 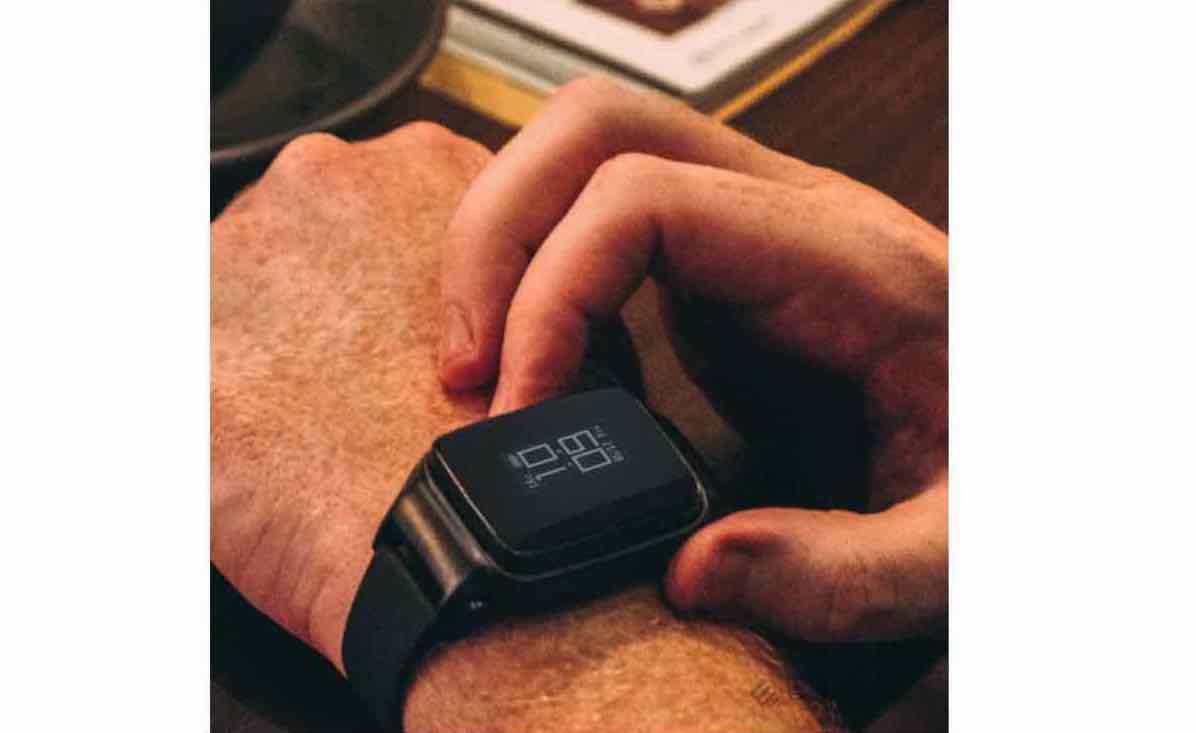 As both a watch and an ultraportable pod system, it performs very nicely. While it’s attached to the wrist strap, it’s literally a smartwatch. Any uninitiated vaper would automatically assume that it’s a regular smartwatch upon the first inspection.

As a vape, it’s awesome! This would be a great ultra-portable pod system even if it didn’t double as a watch. The coils last a surprisingly long time, and the vapor production is fantastic thanks to the product’s maximum operating wattage of 10W.

Plus, the flavor is absolutely superb thanks to the Uwell’s patented Pro-FOCS technology. It manages the quality of the material for clean and flavorful vapor and strictly manages the operating temperature to keep vape sessions consistently smooth.

Comparing the Uwell Amulet to any other vape on the market is kind of difficult considering it’s the only watch pod system on the market. That idea will appeal to some people, and some just won’t get it.

That being said, those that aren’t into smartwatches have likely not made it this far into the article. With that in mind, let’s talk about some competing smartwatches. 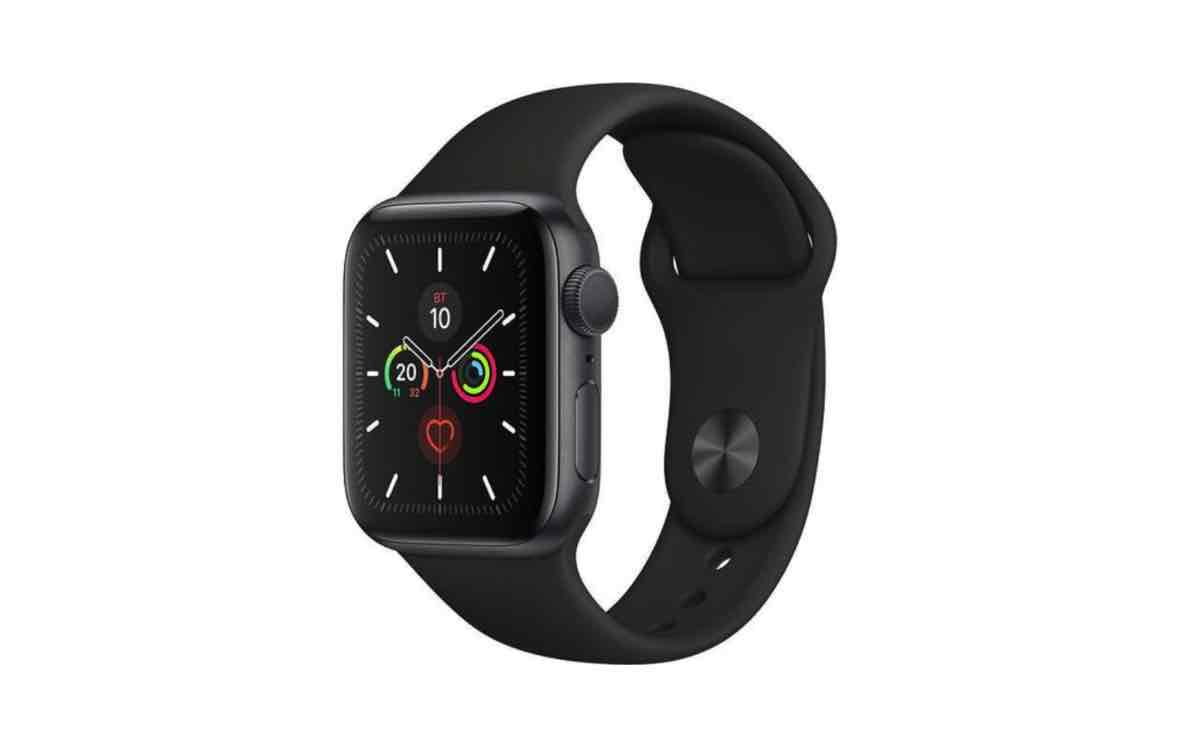 While the Apple Watch has a beautiful and elegant design, it isn’t for those that work with their hands and remain active throughout the day. As nice as it looks, it isn’t the most durable smartwatch. 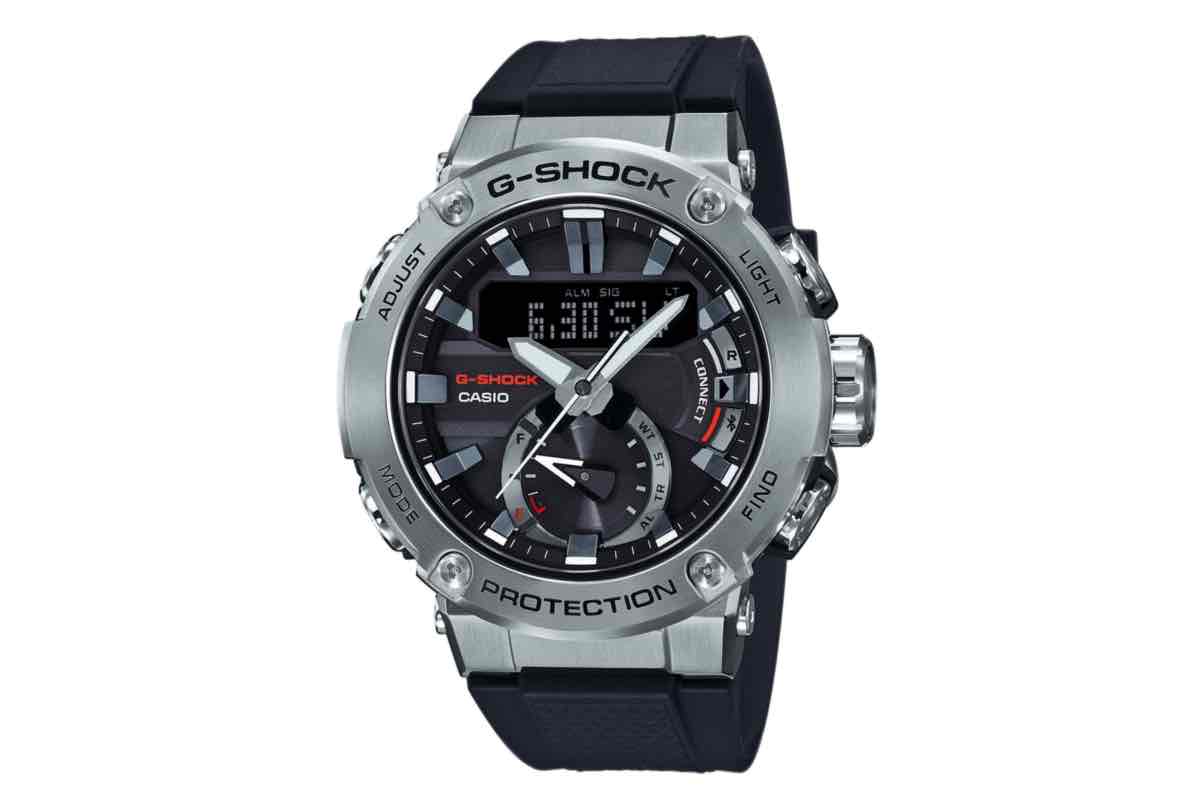 The appeal of the G-Shock lies in its durability. It has a robust design, and it’s even waterproof. Additionally, it’s shockproof, so it should survive a fair number of drops.

The Uwell Amulet is for smartwatch wearers that love to vape. Specifically, it’s for vapers that like ultra-portable pod systems and the tight draw that usually accompanies them.

The experience that it offers is far different from that of ohm tanks, but those that have used an ultra-portable pod system know what to expect, more or less.

The mechanism can be easily removed from its click and lock wristband. Using it is as easy as it gets. The user takes a draw, and it will begin to produce vapor with the help of its draw-detection mechanism.

The vapor from the Amulet is superb thanks to its patented Pro-FOCS technology. This manages the material quality, keeping vapor clean-tasting and flavorful. Plus, it strictly controls the operating temperature, keeping vape sessions consistently smooth.

Smartwatch users that love to vape should definitely check this pod system out. Early adopters of it should leave a comment and share their experience. Love it? Let us know! Experiencing issues? Tell us about it.