Pebble Pod Review: The Pod Device That Takes Its Shape From Nature

The Pebble Pod AIO is an attractive, all-in-one device. It features an internal 900mAh battery with a 3ml refillable e-juice pod. The device has smooth, clean sides and has no external buttons or controls, so it is primarily draw-activated. The Pebble Pod has the shape and weight of a large pebble with its ergonomic design. It makes it comfortable to hold and vape. The unit only measures 52mm in height, so it is portable, lightweight, and discreet. The internal coil in the pod has a resistance of 0.8ohms. So it works well with both regular and nicotine salt e-juices.

The Pebble Pod AIO has a clean, smooth look that resembles its namesake stone, a pebble made smooth by the ocean’s waves. However, the device is not that different from other similar AIO pod devices like the Suorin Drop with its rounded bottom and removable pod. 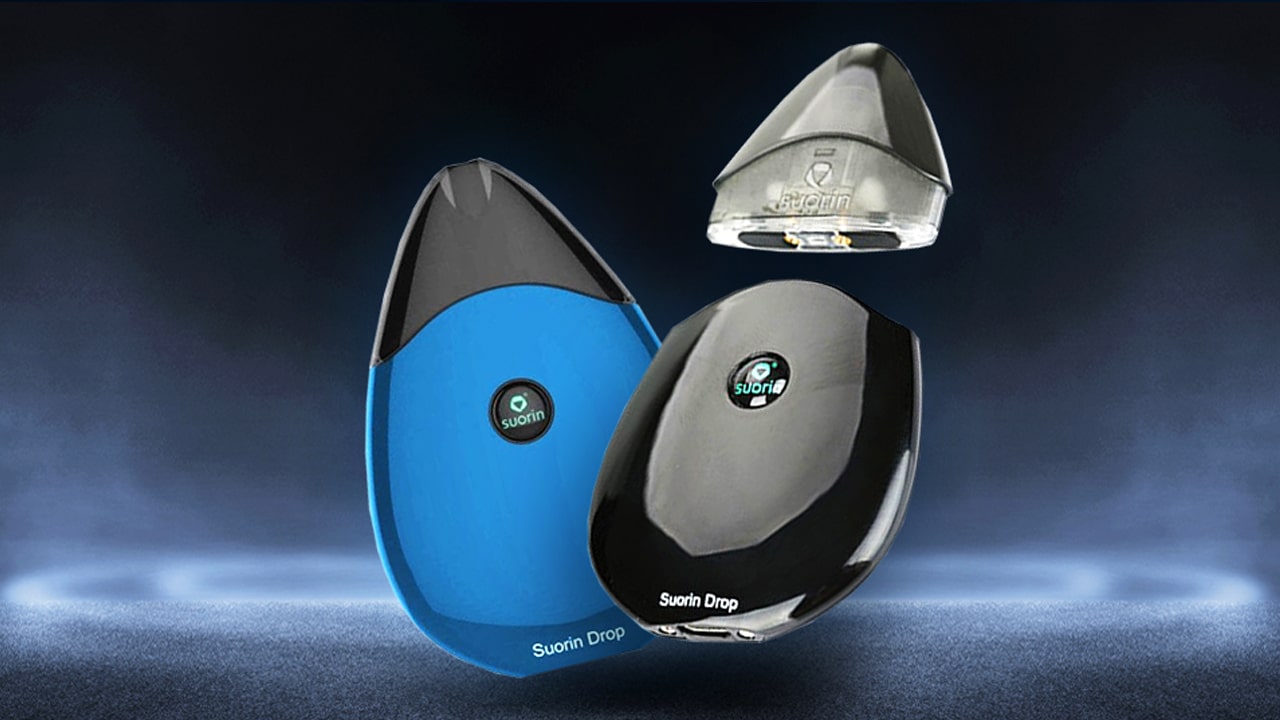 The Pebble has a thickness of only 19mm, so it is super slim, but despite these dimensions, it still manages to hold an internal 900mAh battery along with a larger-than-usual 3ml capacity juice pod. In addition, the pod itself is completely see-through, so users can quickly check their e-juice levels whenever they want.

The AIO is draw-activated, so there are no buttons or controls. But there is a single LED on the surface that lights up whenever users take a puff. But it is only present on the all-metal versions of the device. The vape also comes in an all-plastic version that is much lighter and has different color options. There is a Type-C charging port on the bottom of the battery to recharge the battery. The pod is completely removable from the battery but is held in place with a magnetic connection.

What's In the Box? 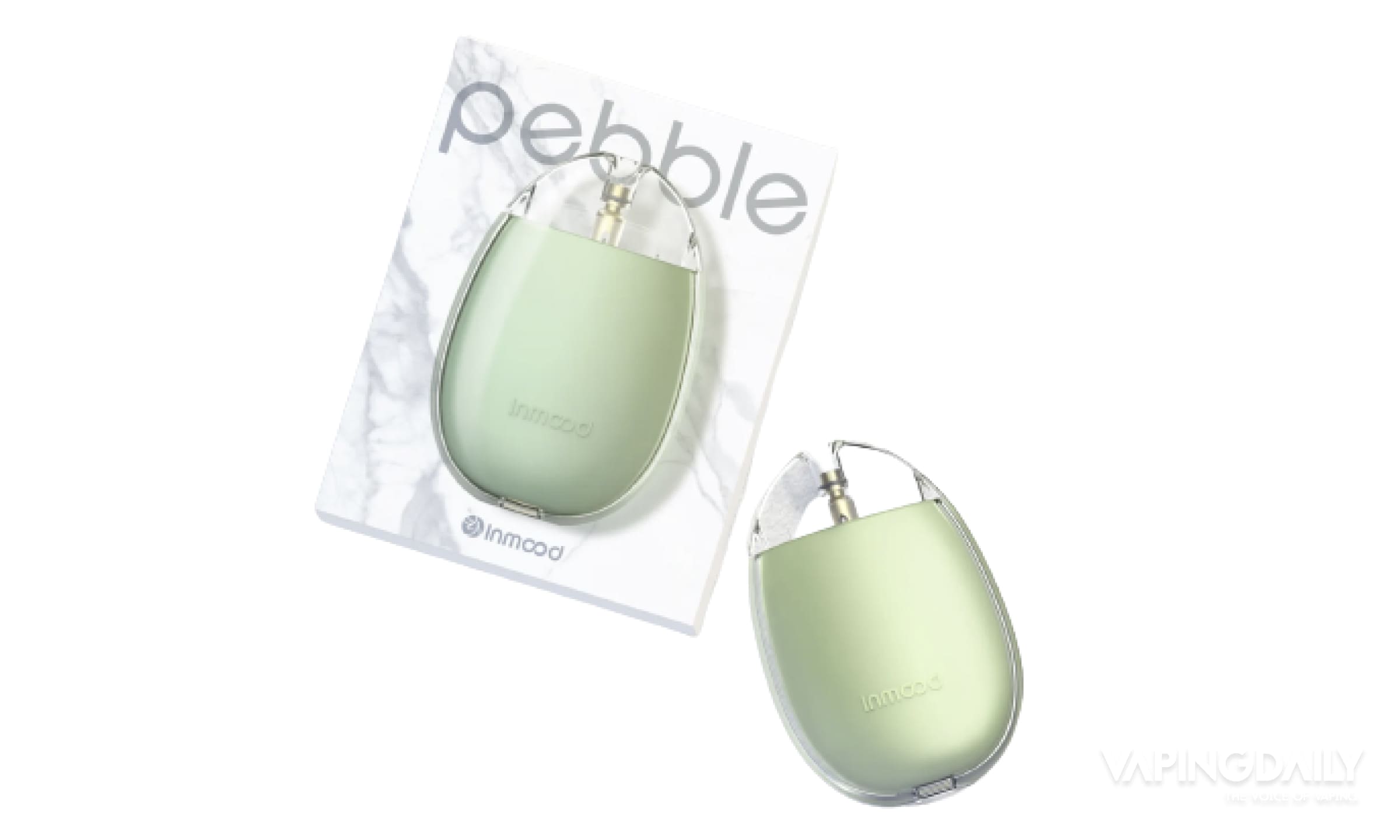 The device comes outfitted with two pods that feature the same Incell Mesh coil rated at 0.8ohms. Besides the standard accessories like a charging cable and manual, there is not much else in the kit.

The Look and Feel of the Pebble Pod

The device has a very lightweight feel to it as it weighs only 36g, so it is more than easy to carry around in a bag or pocket. The all-plastic construction does not take away from its design but gives it a clean, sophisticated look. The device is also available in an all-metal version with an array of solid colors but looks darker and less fun.

The pod itself is fully transparent, so users can quickly check where their e-juice levels are. The pod also lets users remove the pre-installed 0.8ohm coils and use another coil type available for the Pebble, which is included in the kit. There is also a replacement pod in the kit to continue using the device if the other pod is no longer working.

How Long Does It Last?

The device has an internal 900mAh battery, sizable for a tiny mod like the Pebble. It can be coupled with the 3ml e-juice pod. The battery can run for almost three or four days without recharging. It depends on how often you use it and how long you vape. The vape has a direct voltage output, and it can output a maximum of 16W, which is good to get the amount of vapor you get from the device. 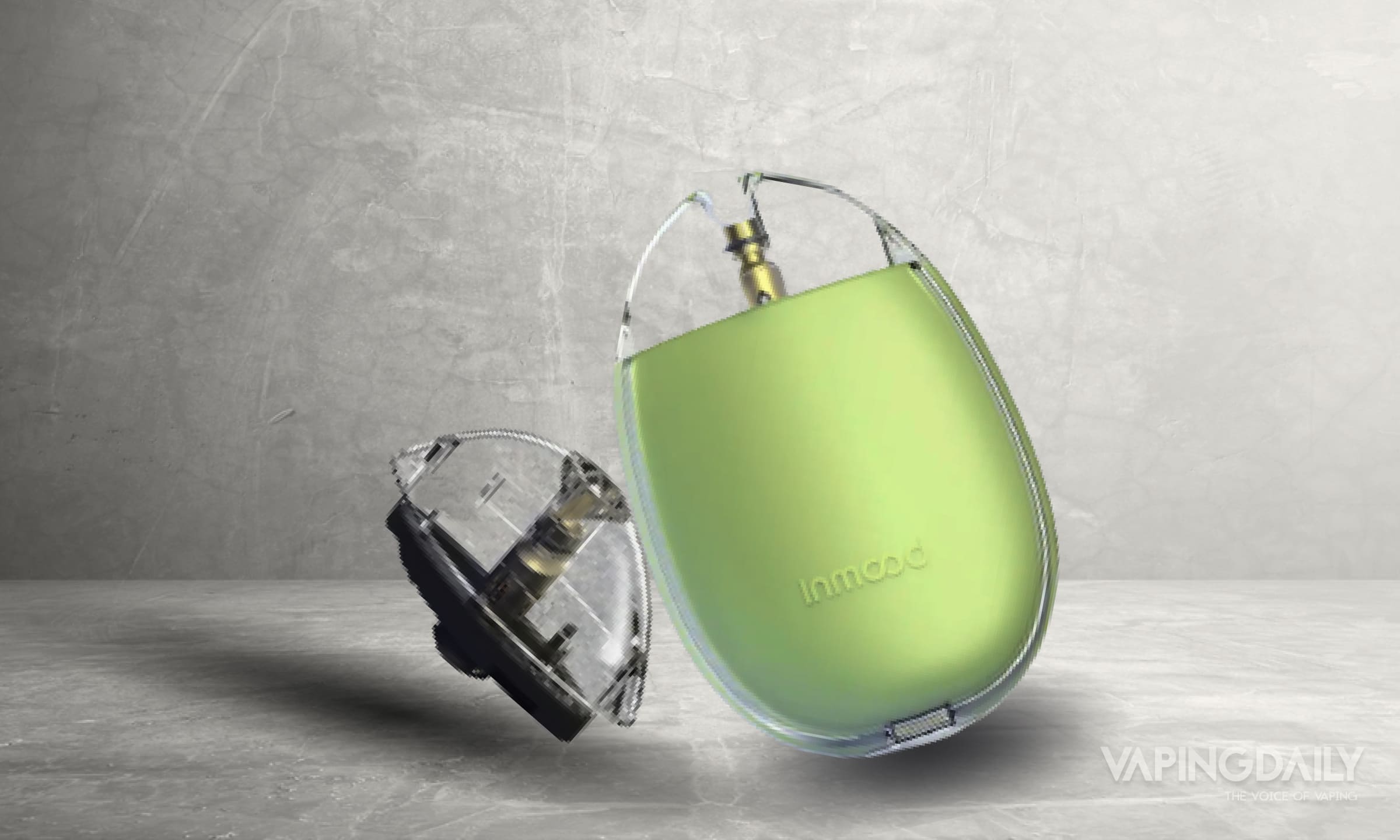 The pods are all-plastic and have a press-fit installation style for the coil heads. There is also a tiny fill port on the left-hand side of the pod that has a rubber stopper to close the pod. The coil slot is in the middle of the pod and has a small plastic tab on one side so users can line up the flat side of the coil with this tab.

But there is no right or wrong way to install the coil. Users can simply insert the coil into the slot and press-fit it to ensure no liquid will spill or leak. The seal between the coil and pod seems to be tight, as there was little to no leakage to speak of when we were using the pod. There is some slight condensation build-up in the pod slot, but that is expected.

The airflow on the pods is good, and you can change up the draw resistance by turning the coil around to get better airflow into the pod. The vapor production is also better than expected as the battery responds super-fast when you inhale and creates a lot of clouds in only a few seconds. 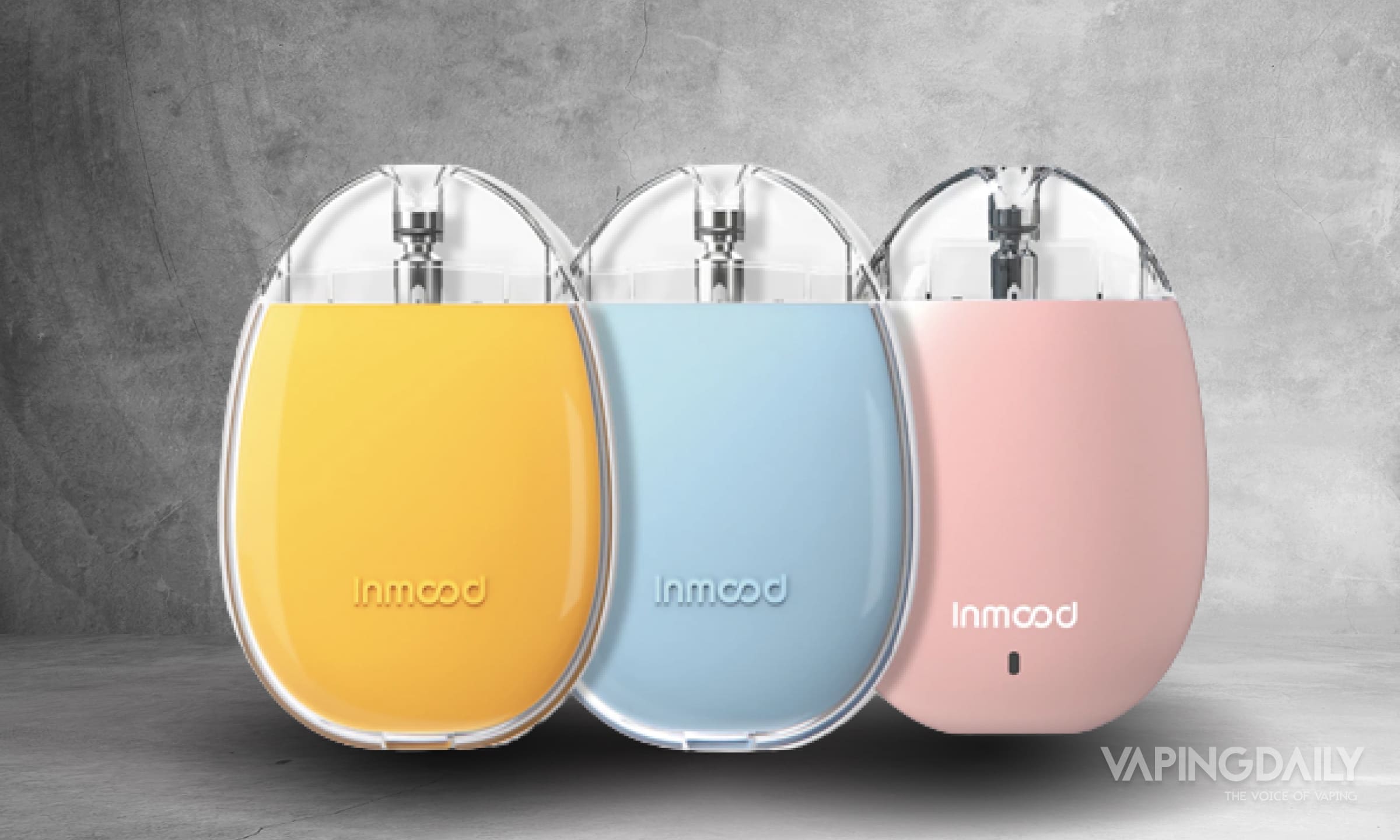 Because the Pebble AIO does not have any buttons or controls, it is very straightforward to get started. The battery comes with a half-charge, but you can let it fully charge, which takes between an hour and 45 minutes. One pod comes pre-installed with a coil head, and there is a spare coil and pod included in the kit.

Users can drop some e-liquid onto the coil before installing it to prime and then installing it into the pod. The fill port can only accommodate narrow bottles or syringes, given its small size. Users can let the coil seep into the e-juice or install it right away to start vaping. The pod connects to the battery with a magnetic connection that feels secure.

You can probably use an entire pod for up to a few days before it needs refilling. The pods never have leaking problems, and the airflow changes between tight and loose depending on the position of the coil inside the pod. But the coils work well with both VG dominant or even VG/PG ratios. 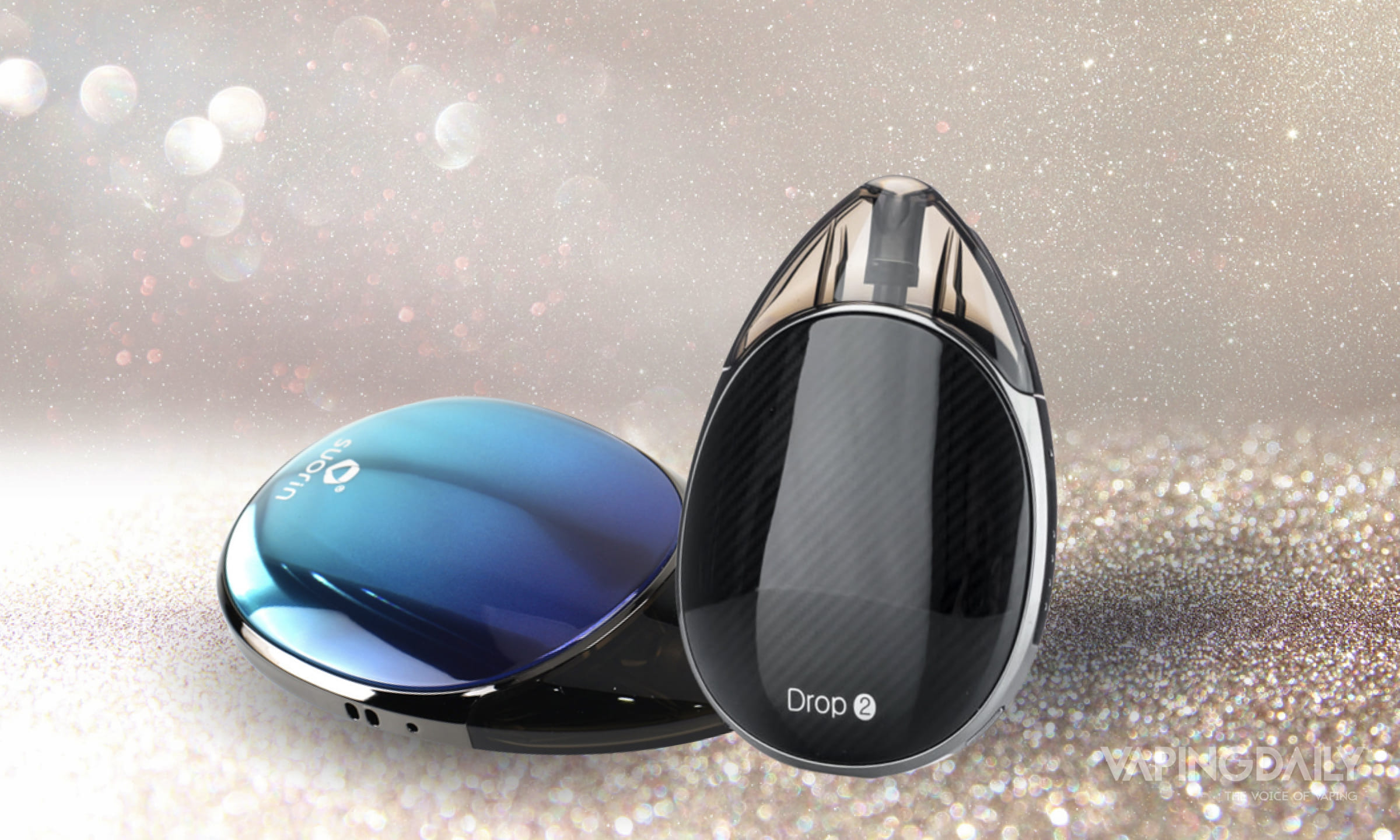 The Suorin Drop 2 is an update to the original drop with a few new features, such as a buttonless design and fresh color designs. The Drop 2 keeps the same shape as the original. But it also has a new coil type rated at 1.0ohms, so it works best with 50/50 VG/PG e-juices or nicotine salts e-juices. The Drop 2 has an internal 1000mAh battery and is also draw-activated. The Drop 2 is slightly more significant than the Pebble but not by that much, with the Drop 2 measuring 75mm in height. 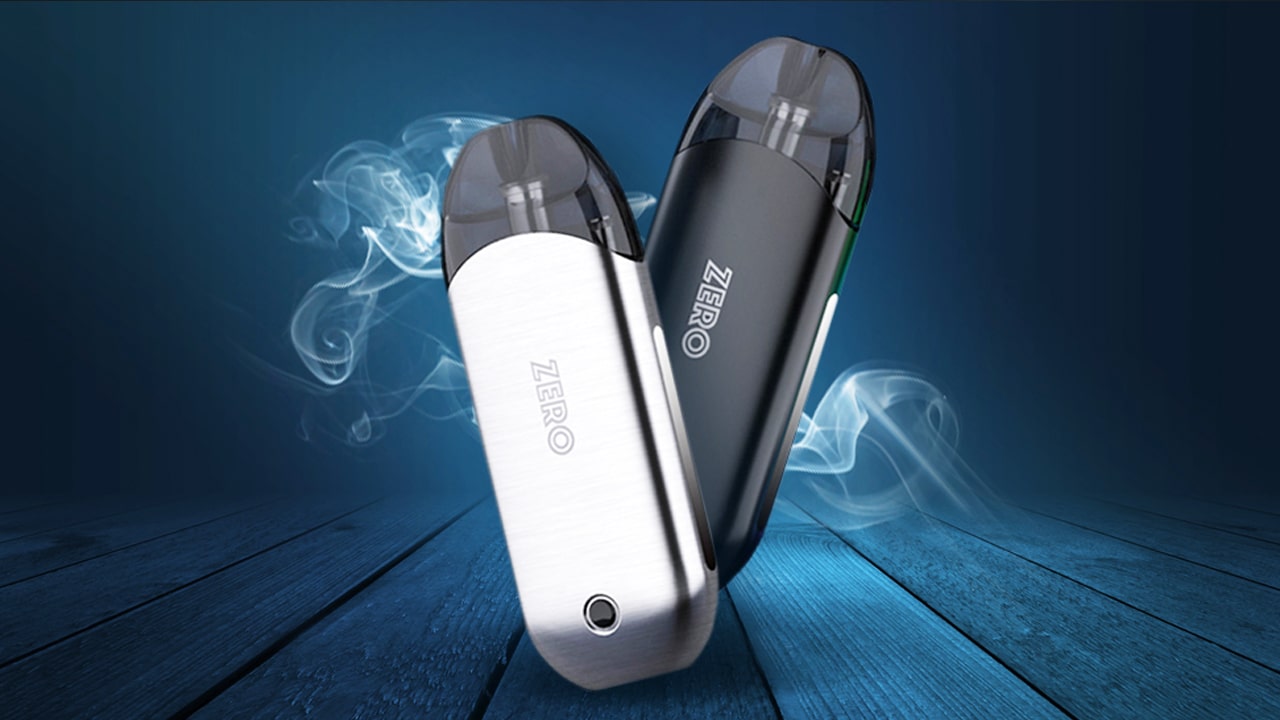 The Vaporesso Renova Zero is a refillable pod system with a 650mAh internal battery paired with a 2ml pod. It also has an onboard chipset that gives the unit three distinct power modes. A single button on the exterior lets users choose between the three modes, ranging from soft, normal, and hard. In addition, the device has a Micro-USB charging port instead of the more modern Type-C charging port. But it also gives users more options with two types of coil heads included in the kit, both rated at 1.0ohms and 1.2ohms, respectively.

What is your favorite pod device? Do you like draw-activated devices or using a button? Let us know in the comments section below.

The Pebble Pod AIO is a companion device to InMood’s other pod system, the Revolve. The Revolve had a rotating cover to keep the mouthpiece clean but had a similar capacity pod and slightly less battery capacity at 900mAh. However, the new coils for the Pebble outmatch the coils for the Revolve and can handle many different types of e-juices and give off both MTL and DL styles of vaping.

The Pebble has excellent vapor production because of the 0.8ohm mesh coils. Even though there is no way to control or change the airflow, it has excellent airflow, but there is no need to since the vapor comes out smooth and fast. The battery lasts for a long time and only takes about 45 minutes to charge fully. The shape and form factor is excellent, and it feels like a pod that you can take anywhere.