Pod Mods seem to be a brand new vaping niche that’s quickly gaining popularity around the world. They are stealthy, click-and-go, all-in-one devices suitable for beginners and vape masters as well. Unfortunately, small pod liquid capacity (0.8-2.0ml) might be quite a bit of a pain because of constant need of changing it.

That’s when one of the big players Joyetech found a way to beat the competition by creating the Atopack Penguin — pod mod with 8.8ml capacity and an extra special horizontal coil. They say it’s insanely tasteful, so let’s check it out.

The Penguin comes in a traditional cardboard box. In the kit, Joyetech delivers everything you will need to start vaping right away. To be completely honest with you, Joyetech kit content always pleases me with its fullness, given the affordable price.

The Atopack Penguin is priced for nearly $20, for which you get such a fresh and new approach to an all-in-one vape, which we’ll talk about in a moment. But first, let’s check out what’s included in the Penguin box. 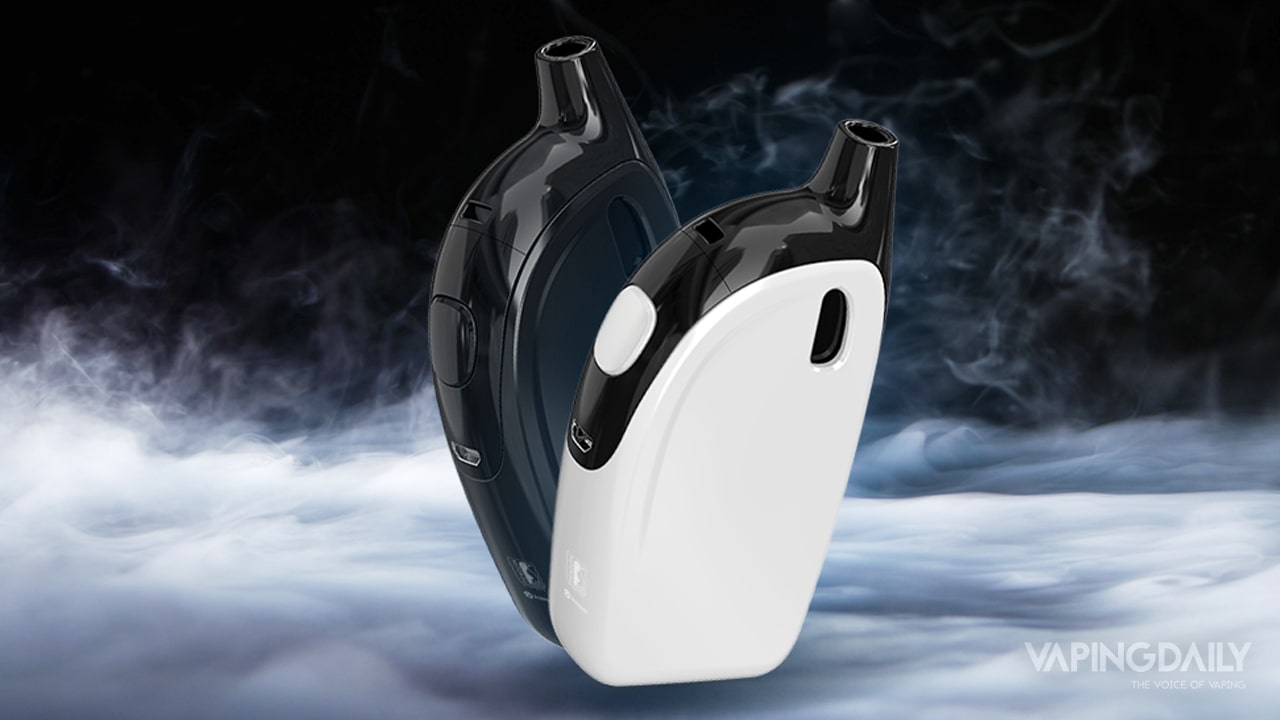 Taking the Atopack Penguin out of the box, you’ll find:

Taking the body of the Penguin out of the box (lol, that sounds freaky) you realize that it’s not the smallest pod mod ever. And it’s not intended to be that way. The device is chubby, reminding of that funny northern bird. I’m curious how the designers came up with this idea because I didn’t see fans of penguins in my life ever, but it’s funny, very grippy, and the build is indeed smart.

The top black outer part of the cartridge is made of a sturdy and shiny plastic. Underneath the mouthpiece there’s an airflow venting hole, then there goes a large and clicky firing button, LED indicator lights, and a micro USB port. Thanks to the rounded shape and placing on top, all those things are easily accessible and make the whole device comfortable to use.

The part of the cartridge that hides inside of an Atopack Penguin is made of eco-friendly, neutral for health, fully recyclable PETG and Silicone.Test reports on these materials are available on the official Innokin’s website. There’s a semi-clear window with measurements that allows monitoring e-juice level.

Below there’s a sticker made for e-juice information. You can store different e-liquids in separate cartridges and swap them in one click. I found a silicone plug at the bottom, serving as a spare protection part. For vaping, you’ll need to pull it out and put the coil construction in its place.

The rest of the unit is made of a zinc alloy and feels pretty lightweight (139.5g). You can choose between five different colors. I thought I would go with a black-and-white penguin style for fun. The all-black version looks more serious and doesn’t resemble the Arctic bird so much. Might be good for those who don’t love the penguin idea, but want to try the quality.

Playing with the Joyetech Penguin

Awesome Features of the Atopack Penguin

I found that the cartridge of the Atopack Penguin is easy to pull in and out. If you look at the flat side going down from the mouthpiece, you’ll see a small button. It’s very grippy – you just slide your finger (I did it with my thumb) towards the mouthpiece – and click! The cartridge, or rather a tank, is disconnected. Then you turn in upside down, fill it with your favorite e-liquid, snap the coil in there, and put the cartridge back. You’ll repeat this routine not so often – there’s almost 9 ml, folks! But if you live in a European country falling under TPD regulations, you’ll be able to use only the 2ml version. 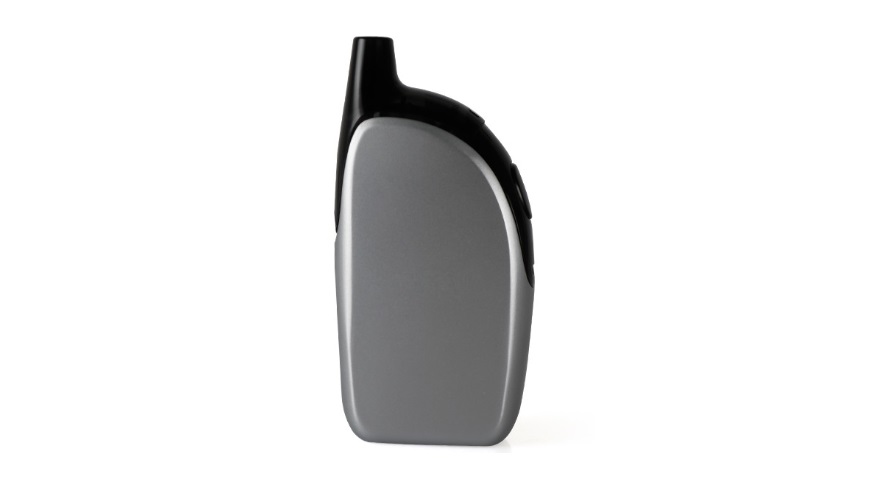 Also, I loved the maximum charging current of 2A. That means super fast charging. A powerful Avatar charger you can buy from Joyetech separately. The LED battery life indicator is very intuitive – the more circles are glowing – the more charge you have left. The Penguin, as expected, works only in a direct output mode, which means that the more charged your battery is – the higher wattage you get.

Now let’s talk about the coils. Joyetech likes to include two kinds of coils in their AIO devices, which we’ve already seen in their Exceed D19. Talking about MTL and DL types of coils. You can see the difference visually – the mouth-to-lung one is thinner, and the direct lung coil is wider. Both of these unique horizontal coils that will be fed from the top are snugly placed in ceramic cradles and protected with silicone on the sides to ensure non-leaking. This is something completely new for a pod mod; there was a lot of buzz on the internet about it. So, I couldn’t wait to try out how the Joyetech Penguin vapes.

With a 50W maximum power output that the Penguin possess, I expected some cloud-chucking time. I mean, I got box mods that function with a 50W max, and they produce clouds. For the all-in-one pod mod that the Penguin is, I was impressed by this power capacity. Even though, the coil build didn’t impress me much at first. It looked like with full-time vaping on the highest battery charge, the coils might burn out pretty quickly. While on the other hand, they hide in ceramic cradles, not firing up by the current directly. That’s why, probably, they could last even longer than any average sub-ohm coil.

For the first hit, I put the MTL coil inside of the Penguin. The draw was restricted, but not too much. You won’t have to force it, just enjoy a tight vapor pull. There wasn’t a big cloud of vapor, but the flavor and the throat hit I got were just awesome. The coil heats up for a moment and works it’s best. 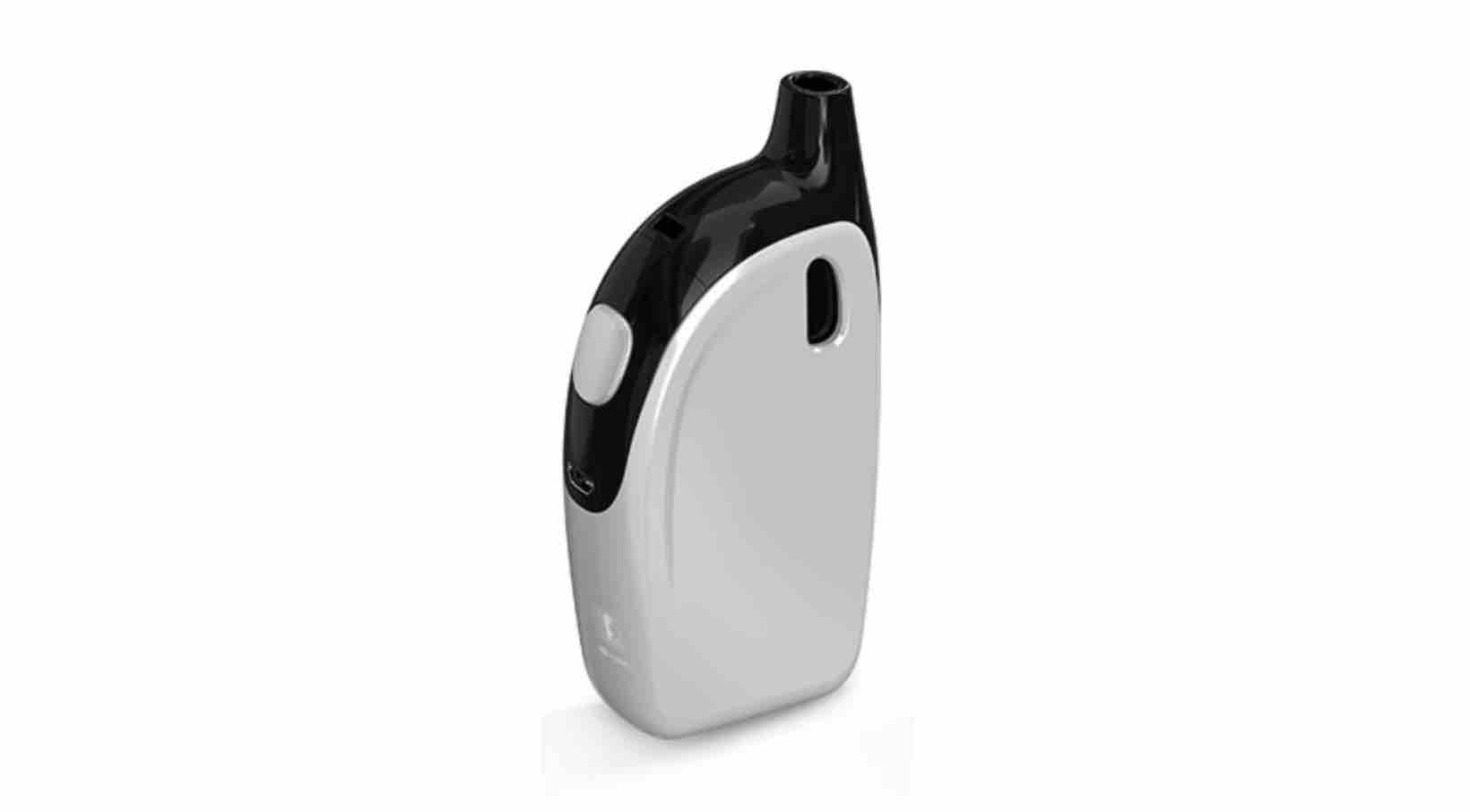 Next, I needed to switch it to the direct-lung coil asap because that’s how I usually like to vape. After exhaling all that vapor, I could barely see what’s going on in my room! I literally felt like I was holding a box mod or a super-powerful vape pen in my hands. Lots of vapor and the flavor was still there and blossomed even more with every shade of its taste bouquet.

By the way, the vapor was smooth and not too hot even during a very long inhale. The heating element is situated at the bottom, and the vapor makes its way through the whole device before you inhale it, so that makes the Penguin a really smart piece of design.

The Penguin in Daily Life

In a few words, I would highly recommend Joyetech Atopack Penguin for all kinds of vapers. Sometimes you want to just kick back and vape, no worries, no mess. Sometimes you go out and will come back home late… or early the other day.

There are so many situations in vaper’s life when you’ll need a simple, no hassle, all-in-one device that you can use for a day or two without any maintenance. And the Joyetech Penguin is one of those devices that won’t say ‘no’ to you. And you can’t say ‘no’ either, to a cute chubby Penguin, right?