The IVG pod device is a closed-system unit that takes pre-filled disposable pods. The pods can hold up to 2ml of IVG’s proprietary e-liquids in one of four flavors. IVG is an e-liquid maker that has branched out also to create devices, the first being its take on the pod device.

The exterior of the battery section features a single firing button, which activates the cell and heats the nichrome coil inside. The unit is not draw-activated. The IVG houses an internal cell with a capacity of 450mAh. The pods contain about a mixture of regular and nicotine salts with only one available strength, 20mg.

A Closer Look at the IVG

IVG stands for I Vape Great, the company behind the pod device. The IVG brand is also well-known as an e-liquid maker and is available worldwide in over 100 countries. The device itself is quite long and measures in at under 120mm (4.8”) with the pod attached. The dimensions are larger than typical pod devices, but the IVG has a larger battery and pod capacity, so that’s why.

Still, the unit is lightweight, and its build material consists of zinc or aluminum alloy that has several different color options. Users can choose from four different colors, including red, blue, rose gold, silver, and black. The pods connect to the battery section, much like Juul pods, as they “snap” into place. Neither the pod nor the battery uses a magnetic connection. 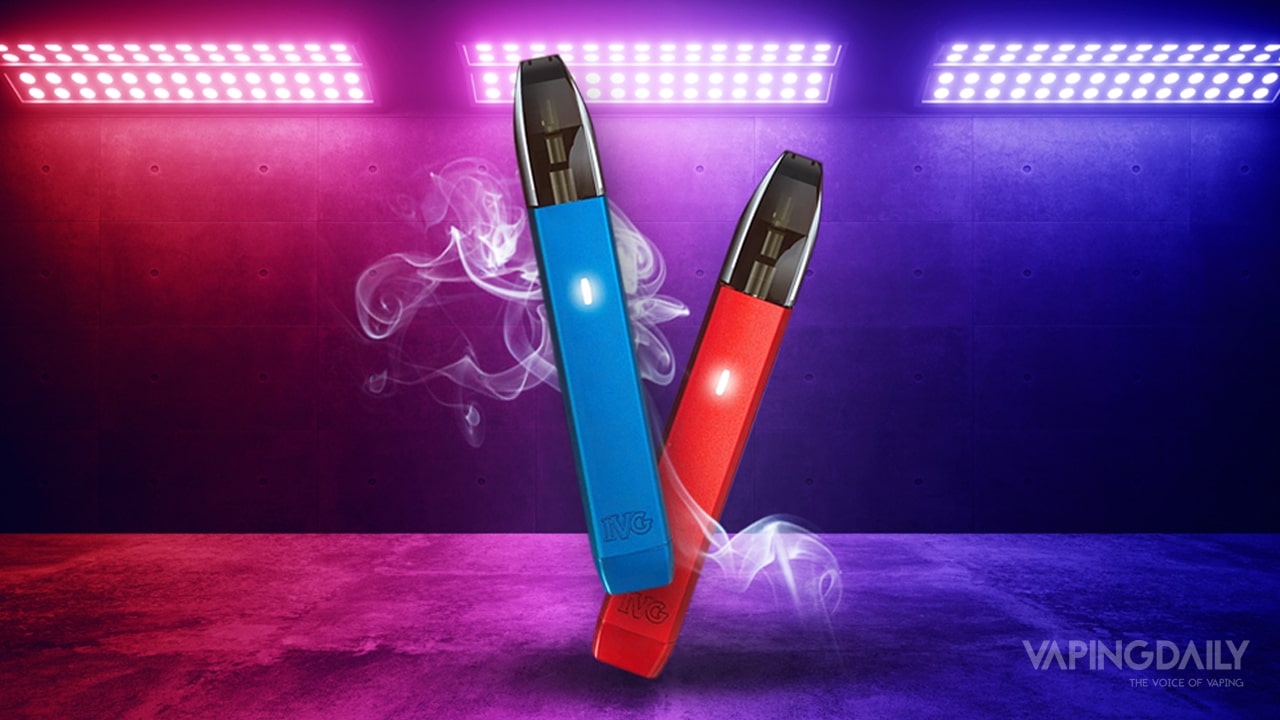 The mouthpiece on the pod has a curved edge to it, giving it a reed-like form, which helps with usability. There is a raised button on the front of the battery, which users need to click five times to turn on the unit and three to turn it off. The button heats the nichrome coil inside the pod and allows users to preheat the liquid before vaping.

The device comes with safety features thanks to the regulator chip inside. The battery has an automatic shut-off time of ten seconds and also features overcharge protection. There are two simple air holes on either side of the pod, which provide the only airflow adjustment options on the IVG.

What’s in the Kit?

The IVG starter kit comes with all the needed accessories to get started. The kit includes four of the IVG pods, each in a different flavor. Users also receive a user’s manual as well as a USB charging cable to recharge the battery. Here’s the full breakdown of the kit contents. 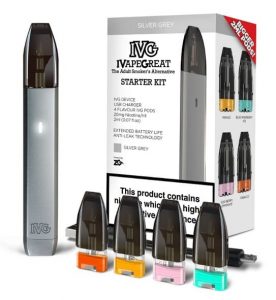 The Look and Feel of the IVG

The entire device is a lot longer than other pod devices. But, because of the larger capacity pod and battery, there is a tradeoff between performance and size. Still, the unit is completely portable, lightweight, and pocket-friendly. It does not have as discreet a profile as the Juul or Phix, but users could still palm it easily. 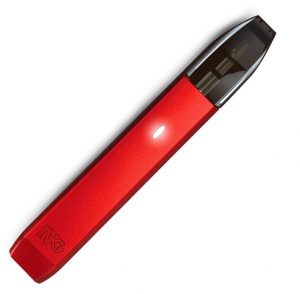 The build material does not feel flimsy at all, despite its lightweight mass, which weighs in at 0.94oz. There is a small LED indicator light on the backside of the battery section that lights up when users inhale. The pods fit tightly into the bay, and users have to give it a good press to make sure the contacts touch.

With a beefy 450mAh battery, the IVG has an extended battery life, much more than usual 280mAh pod devices. Users can easily get a full day of light to moderate vaping from the device, whereas heavy users might have to plug the battery into a USB port for quick recharging. No matter the user-style, though, the battery recharges in under an hour, but it also features pass-through charging so users can still vape it while it is recharging.

The IVG pods feature a proprietary mixture of regular and nicotine salts that tries to strike a balance between flavor purity and strength. The e-liquid, combined with the 1.4-ohm resistance of the coil, makes for a pleasurable mouth-to-lung draw. The fact that the button allows for the coil to preheat also leads to excellent vapor production.

The hits are potent and cloudy with a definite flavor profile. How precise and layered the flavors are is another matter. The four different flavor pods offer little variety, as they mostly have fruit-based characteristics, save for the Tobacco pod, which manages to hit the spot for old-school tobacco lovers.

The Mango pod has a straightforward mango taste that smells better than its tastes, although it does taste very good. The taste is spot-on, but the one-note profile does not differ so much from other mango-based e-liquids, although the throat hit and nicotine buzz are noticeable. 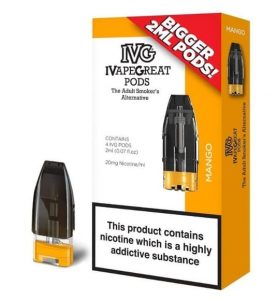 The great thing about the Mango pod is that it is the one flavor (along with the Tobacco pod) that does not feature a menthol freeze. The Blue Raspberry Ice hits its high note early and fades away from there, leading to another chilly, menthol aftertaste.

The same goes for the Iced Berry Lemonade, which starts strong with a medley of tangy berry flavor but then goes cold as the menthol flavor creeps in. The less said about the Tobacco pod, the better, as it feels more like wet paper in your mouth instead of a pleasurable taste experience.

The ePuffer XPOD is a fully-disposable device that comes in three different flavors, Mango, Menthol, and Tobacco. The liquid inside consists of a nicotine salt formulation that features an even 50/50 VG/PG ratio. The only available nicotine strength is 18mg.

The entire unit is self-contained with the 2ml pod and 280mAh housed inside a plastic casing that sits at around 3” tall. The XPOD is draw-activated, features a buttonless design, and can last for around 300 puffs.

The Nevoks Lusty is an AIO device from another British vape company. It features an internal 1000mAh battery and a compatible, refillable pod that can hold 3.3ml of e-liquid (2ml in TPD countries). The pods feature removable coils, and there are two different types of coils in the kit. 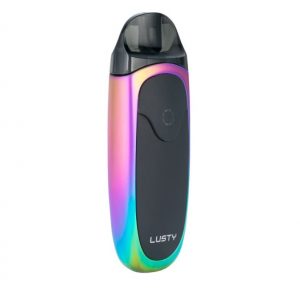 Users can install either the mouth-to-lung, 1.4-ohm Kanthal coil, or a direct-lung, 0.3-ohm mesh coil. The coils are bottom-installed and press-fitted into the slot. The Lusty has a single power button, and it is not draw-activated.

The IVG pod device is a high-powered unit for such a small vape. The internal 450mAh battery can power an entire day of light to moderate vaping, but with the pass-through charging features, as long as you are close to a USB port, you can vape. The design is larger than most, but it’s a good trade for long battery and e-juice life.

The flavors in the pod could be a little sharper. For a device made by e-juice manufacturers, you would expect a little more accuracy and complexity in the flavors, but, surprisingly, it was the one-note flavor that impressed the most.

The IVG is a good device if you are looking for an easy-to-use, closed-system pod vape, but this device may not be available stateside because of the flavor ban. But if you are somewhere in Europe, be sure to pick one up.