The Vuse Solo is an e-cigarette with air-activation and features an all-metal build. It also offers several flavor options. But the recent flavor ban has reduced the flavor options to only Tobacco and Menthol. The product comes in two parts: the battery section and the flavor pod. Together the device measures a little over 120mm (4.7”) and weighs a paltry 15g (0.52”), so it is very portable.

The entire kit comes with two flavor pods and a proprietary charger for the cell. The charger only works for Vuse battery, so you cannot charge the battery with any other charger.

Up Close with the Vuse Solo

The Vuse Solo is a very simple, easy-to-use device. The device ships with battery and two flavor cartridges. It also comes with a proprietary charger that only works with Solo power unit. The device only measures about 120mm (4.7”), so it is very lightweight and fits easily into a pocket or purse. 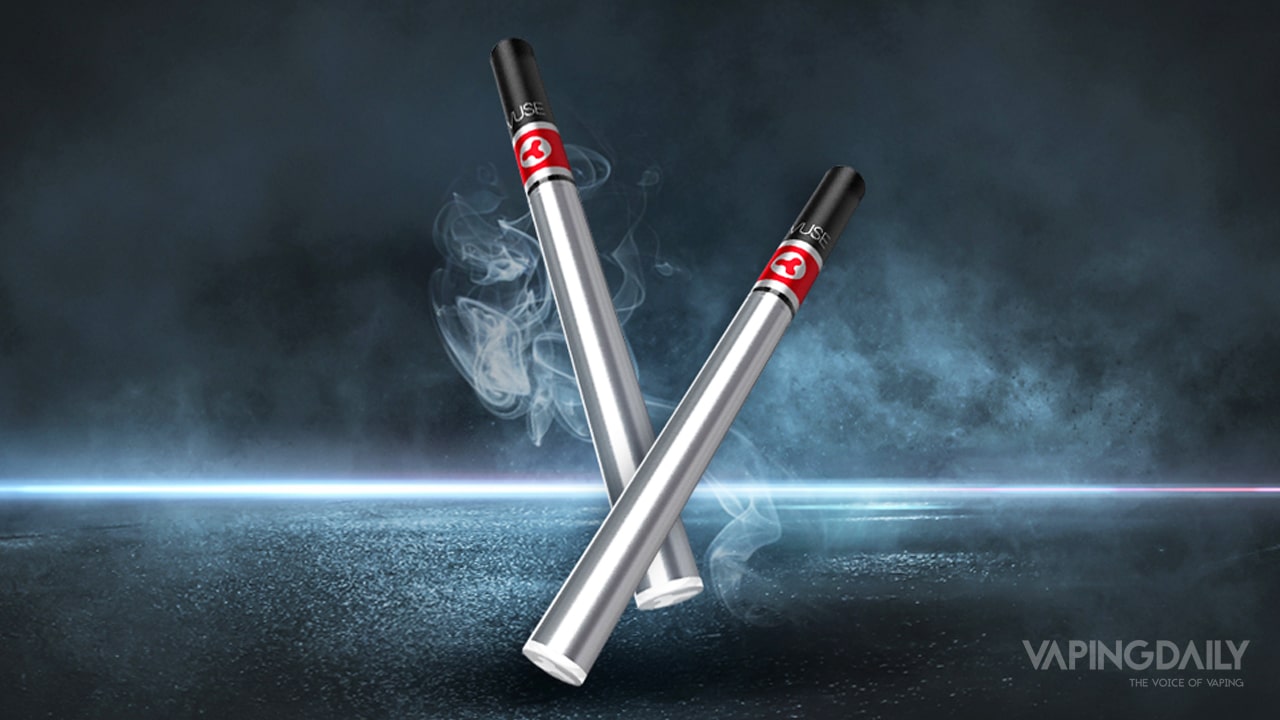 The battery unit has a subtle metallic finish. The flavor cartridge has a plastic mouthpiece that covers the metal chassis underneath. The cartridges are self-contained, so there is no breaking it open to fill it up unless you are curious. If you do end up breaking open a cartridge, you will find a conventional cotton wick.

In any case, the cartridges are not meant to be reusable. It is entirely disposable. The power unit screws into the cartridge, but to charge device, users need to attach it to the charger. The product does not have any buttons. It works by inhalation. When power unit has a full charge, users need to attach a flavor pod and take a draw to start vaping.

The unit comes in a hard-shell, transparent plastic case. The device is visible from the outside, and it comes with a cartridge. The proprietary charger sits underneath the foam insert holding the power unit. 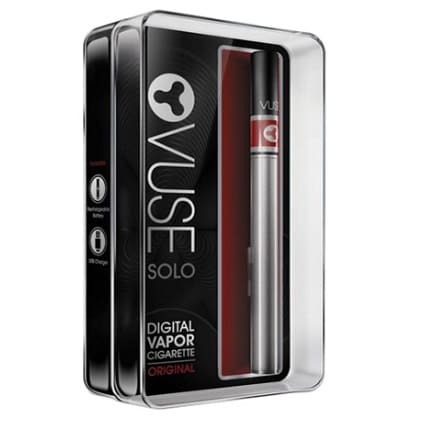 The Look and Feel of the Solo

The entire device feels lightweight and easily concealable. It has a hard, metallic shell that offers durability. The product resembles an analog cigarette with its round, tube-like shape. It has no buttons, but it does feature some branding on its lengthy frame.

The cartridge has Vuse written on it, but the power unit has a clean, flawless look. There is an LED at the base of the power unit. It lights up when a user takes a draw.

There are no specs on the battery. It is safe to say that it is not a high-capacity cell, given its small size. With that in mind, heavy users should not expect long battery life for this device. 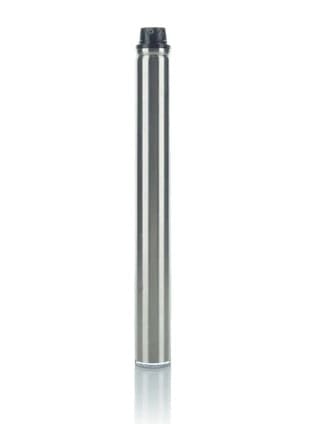 Heavy use is possible, but battery would need recharging at least once during the day. Light to moderate users could expect a little more, even a full day of vaping. The battery does not function when not in use so that it can conserve power.

Solo comes with two flavor cartridges. There are only two flavors available. Last year there were more. The FDA flavor ban< affects only pre-filled flavor cartridges, precisely like the ones Solo uses. The official Vuse site, as well as other retailers, show all previous cartridges as unavailable. The only available flavors for the device, and similar devices like the Juul, have been narrowed down to just Menthol and Tobacco>. The two flavors also only feature a single nicotine strength, which is 48mg of nicotine salt. 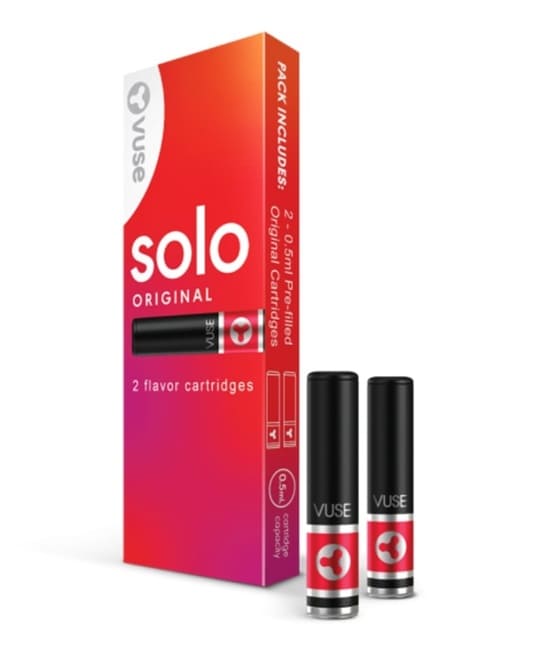 There were over ten different flavors for device before the ban. No word on when those flavors will be available after the ban is lifted. The good news is that Vuse, or the makers of the e-cig, the RJ Reynolds Tobacco Company have already submitted a PMTA (or pre-market tobacco application) to the FDA for approval. Meaning, it has another year until the agency gives its final approval.

The Solo comes with a cartridge pre-installed onto the battery. Users can remove the cartridge and replace it by giving it a quarter turn to unlock it and then remove it. The battery does not have 510-threading, so no other tanks or pods will work. Since the device is air-activated, there are no buttons to push.

Place the flavor cartridge end into your mouth and take a draw. It’s that simple.

The Vibe< is a sister product to Solo. The Vibe is a larger, more powerful device as it uses a 380mAh battery and has a 2ml, pre-filled tank. The Vibe is more a vape pen than an e-cigarette like Solo. It has a larger shape and has a more extended build. 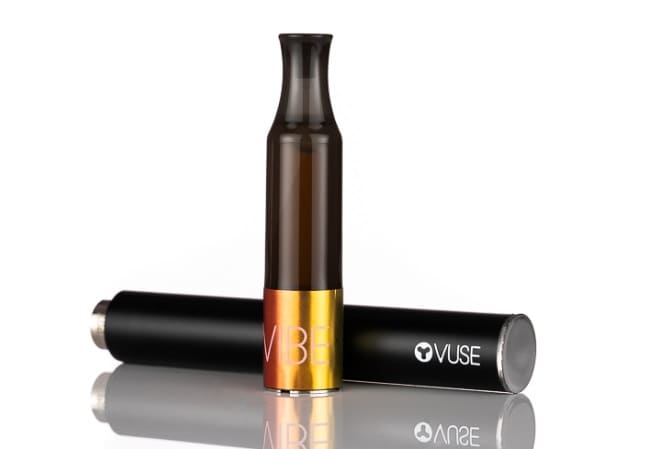 The Vibe is also automatic and features a button-less design. Like with the Solo, the Vibe only has Tobacco and Menthol flavors with a nicotine strength of 30mg.

The Ciro is another product from the makers of Solo and Vibe. It has a 280mAh capacity battery and supports only proprietary Vuse cartridges. The cartridges for the Ciro are not 510-threaded but have the same connection-style as the other products in that family. 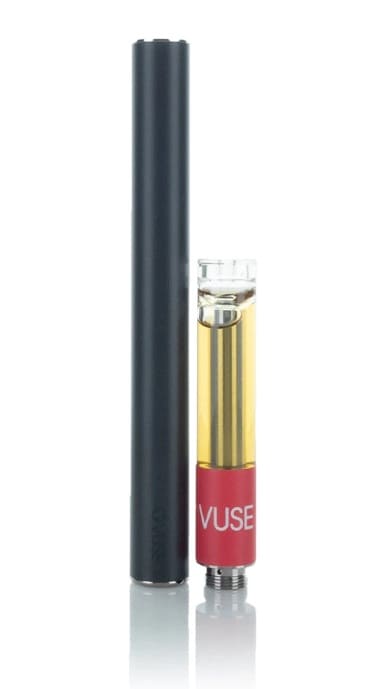 The cartridges are not interchangeable. The Ciro uses a 0.9ml tank and has only Tobacco and Menthol flavors. The nicotine strength for the Ciro cartridges is 15mg.

The Vuse Solo is an easy-to-use e-cigarette that produces average vapor. The device is aimed directly at smokers who are thinking about making the switch. The device makes vaping easy, as it creates the kind of vapor that appeals to smokers.

It also has no buttons so that it can be vaped right away. The vape hits the back of the throat and has exceptional mouth-to-lung functioning. The batteries do not last a long time, but the USB charger can work anywhere, so you never have to wait too long for the small cell to recharge.