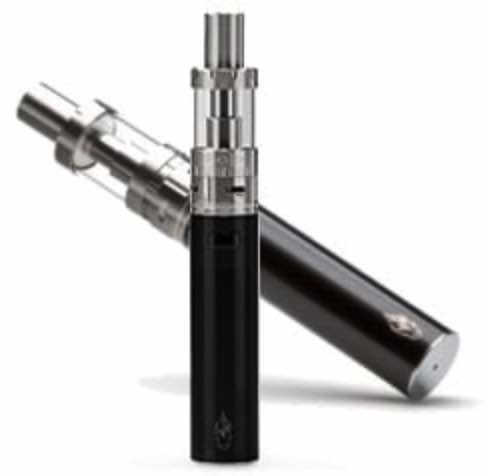 The Halo Tracer Vape Mod Starter Kit, or simply the Tracer, is a beautifully crafted, simplistic mech-style tube mod which takes you into... 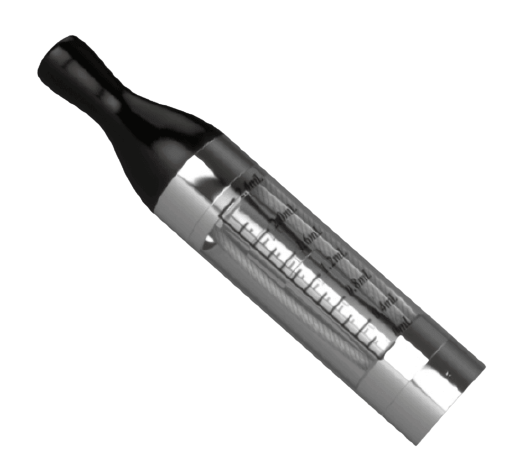 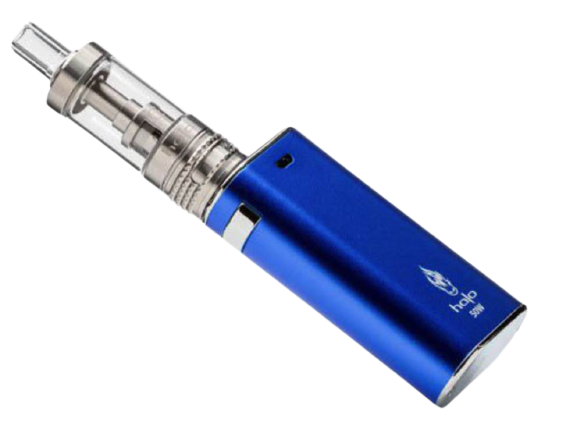 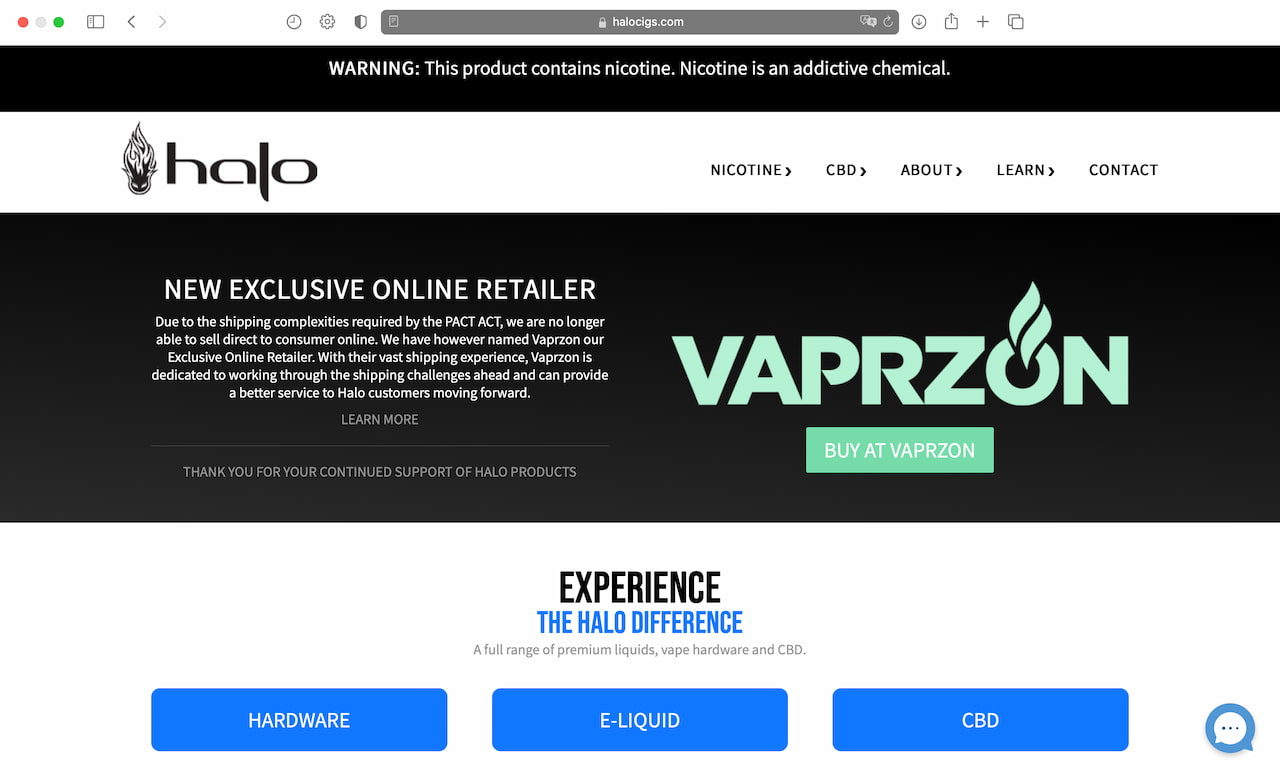 The Halo Tracer Vape Mod Starter Kit, or simply the Tracer, is a beautifully crafted, simplistic mech-style tube mod which takes you into the flavor-rich world of sub-ohming, with utmost control but without any hassles or worries. It not only has an exceedingly beautiful design but also performs better than some of the more expensive competitors.

The all-powerful 2,600mAh battery can go for up to three hours of continuous vaping on a single charge. While the 3.5ml tank isn’t the biggest tank out there, its above average size lets you vape for considerably longer between refills. The 0.5 sub-ohm dual-coil head take the overall vaping experience to a whole new level. The flavorfully thick vapor is simply amazing.

Despite all the features and powers, the Tracer is extremely easy to use. The sole fire button and the four-port adjustable airflow tank allow for customized vaping and gigantic plumes of vapor. Housed in a shell of 304 stainless steel casing, the tank not only looks sleek but also lasts for a long time to come.

Since the mod doesn’t feature an LED screen or allows you to customize wattage, we believe the price is on the higher side. However, the durable design, great performance and unrivaled ease of use make it worth every penny.

The tank itself is leak-proof and low-maintenance. It is also a cloud machine capable of spewing out massive clouds of vapor that put other e-cigs in this price range, and beyond, to shame. Despite the clouds, the flavor is still intact, so the user doesn’t sacrifice anything.

Slightly larger than regular vape pens, the Halo Triton comes in different sizes. The size of the device is dependent on the built-in battery size. Battery options are available in 400mah and 650mah, with the latter being slightly larger than the former. It also comes in a variety of colors and has a rubberized finish to make it easier to hold onto. Simple in design and simple to use, the Triton Tank System doesn’t need extra special features to make it stand out.

The Triton Tank System’s build quality is superb. Solidly made without rattles, this e-cig can take a beating. Care should be taken with the tank, because it could break if dropped

The Triton Tank System’s vapor production is excellent, surpassing other e-cig models in the same class. This is partly due to its powerful battery. The main reason for its fantastic vapor production is the tank itself, which is designed to work well with the battery.The kit also comes with a cone for the times you wish to use conventional cartridges or atomizers. The cone slips over the cartridge to create a seamless look.

Overall performance of the Triton Tank System far surpasses other kits in this price range. Vapor production, flavor, and power make it one of the best in its class.The battery life of the Triton Tank System kit is superb. Users can choose between the smaller 400mah battery and the larger 650mah battery. The 650mah is worth choosing, despite the added size, because it lasts longer. Thus, it is more convenient. The added size is minimal. The 650mah battery is still pocketable.

Compared to cig-a-like batteries, the Triton lasts up to five times longer. This alone is worth investing in it.

The star of the kit is the Triton Tank. Regular cartomizers tend to dull the flavor of e-liquid, have limited capacity, they are hard to gauge if it is running out of e-liquid and once it does run out, they must be disposed of. The Triton Tank offers users superb vapor, clean flavor, and it can be refilled at any time. Since the tank is transparent, users can monitor the level of e-juice to avoid dry hits.

The market is saturated with various e-cig and tank combos, but none offers the battery life, power, flavor, and ease-of-use that the Triton Tank System offers. Among beginner battery and tank kits, nothing comes close.

The Reactor Box Mod Starter Kit is a more powerful Tracer in a box shape. It has a bigger 4,400 mAh battery, a bigger 5 ml tank and a higher, adjustable wattage (up to 50W). Moreover, it also has a sleek LED screen; that’s easy to read even in sunlight. You get all these extras for just 10 additional dollars, which surely makes the Reactor a much better choice for both beginners and experienced vapers. And we totally loved the overall design and the color scheme.
When you pair the outsized 5ml tank with a sub-ohm 0.5 coil and a 4,400 mAh Reactor battery, it surely becomes a formidable combination for all day vaping. While you can find several more powerful box mods that can offer a voltage of 200W or even more, but for this price, beating the Reactor is hard.

Low price, adjustable voltage, and dense, flavorful vapor make the Reactor an ideal entry-level box mod for those who want to step into sub-ohm vaping. And not to mention, you get a free 30 ml Bottle of Halo V-Type High VG E-liquid of your choice, which can keep you going for more than a week.

Halo Cigs are among the first companies to produce e-liquids in large quantities. They released their first blends about the same time when e-cigarettes began to rise to fame in the US. As they limit their expertly crafted flavors to a few superior options, Halo Cigs takes pride in all-American made e-liquids manufactured in state-of-the-art laboratories with the strictest adherence to excellence and high standards.

Despite the countless e-liquid manufacturers that offer great variations in their flavors, Halo Cigs premium e-liquids remain as one of the top-selling brands in and out of the US. They charge this to their dedication to creating consistently superior products with approved ingredients, as they regularly improve them based on research and thorough testing.

Halo Cigs ensures their e-liquids maintain excellence by focusing on four different, yet equally important aspects. These are the flavor, throat hit, vapor production, and strict quality control to make sure everything stays fresh and ready to be vaporized.

While all their flavors are great, what really sets the Halo V-Type e-juices apart is the fact that they contain 70% VG (Vegetable Glycerin) and 30% PG (Propylene Glycol). In other words, Halo, after trial and error, seems to have found the sweet spot for the ideal VG/PG blend that suits sub-ohm vaping. Many other e-juices that would taste good at normal vaping, start giving a burnt taste or a bad aftertaste when you switch to sub-ohm vaping. But Halo V-Type really excels in both taste and vapor quality when vaped in a sub-ohm vaporizer. 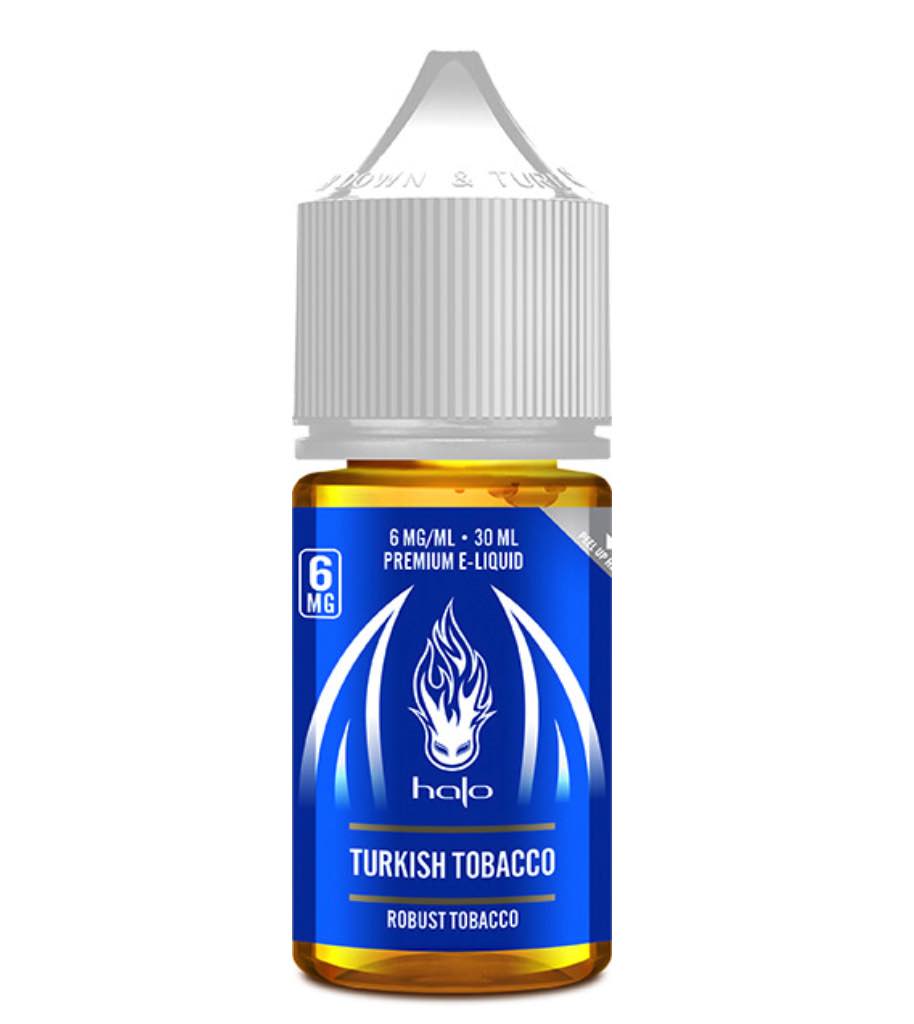 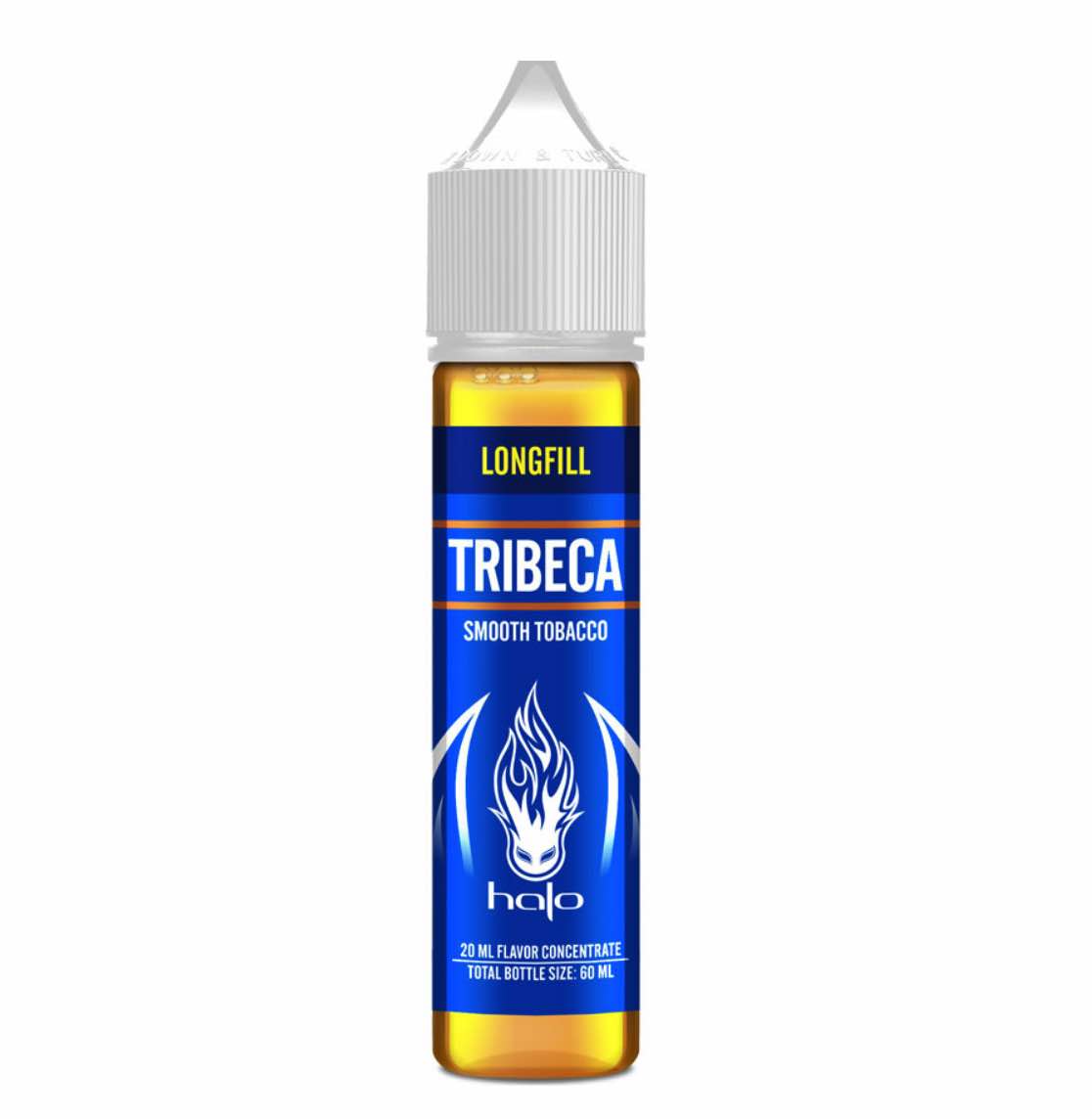 Adding a dash of caramel and vanilla sweetness to smooth tobacco flavor, Halo Cigs gave birth to their most popular e-liquid to date. The Tribeca reminds us of the RY4, with outstanding throat hit and vapor production. The flavor is just the right mix without overwhelming features, nice and suitable for tobacco lovers with a sweet tooth. 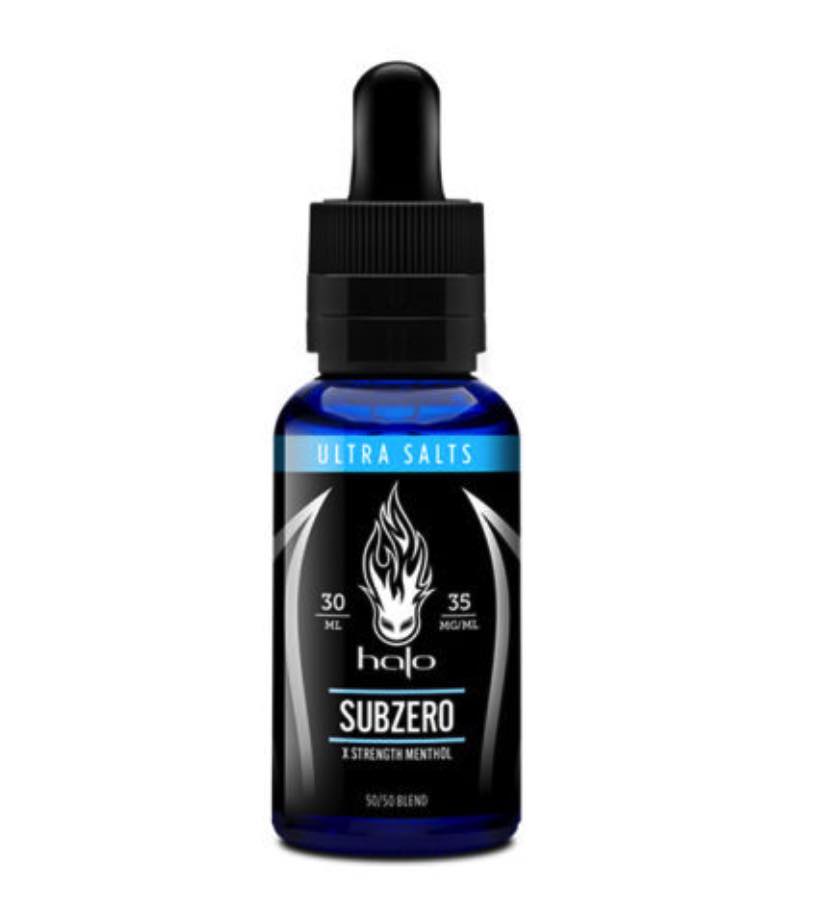 Another top e-liquid from their list, the SubZero is set to capture the hearts of menthol aficionados. It is so far Halo Cigs’ most potent menthol flavor that is clean and pure—without the usual sweetness found in other e-liquids in the same category. It has an exceptional cooling menthol flavor on both the inhale and exhale, with a very mild peppermint twist that gives it a pleasant aftertaste. 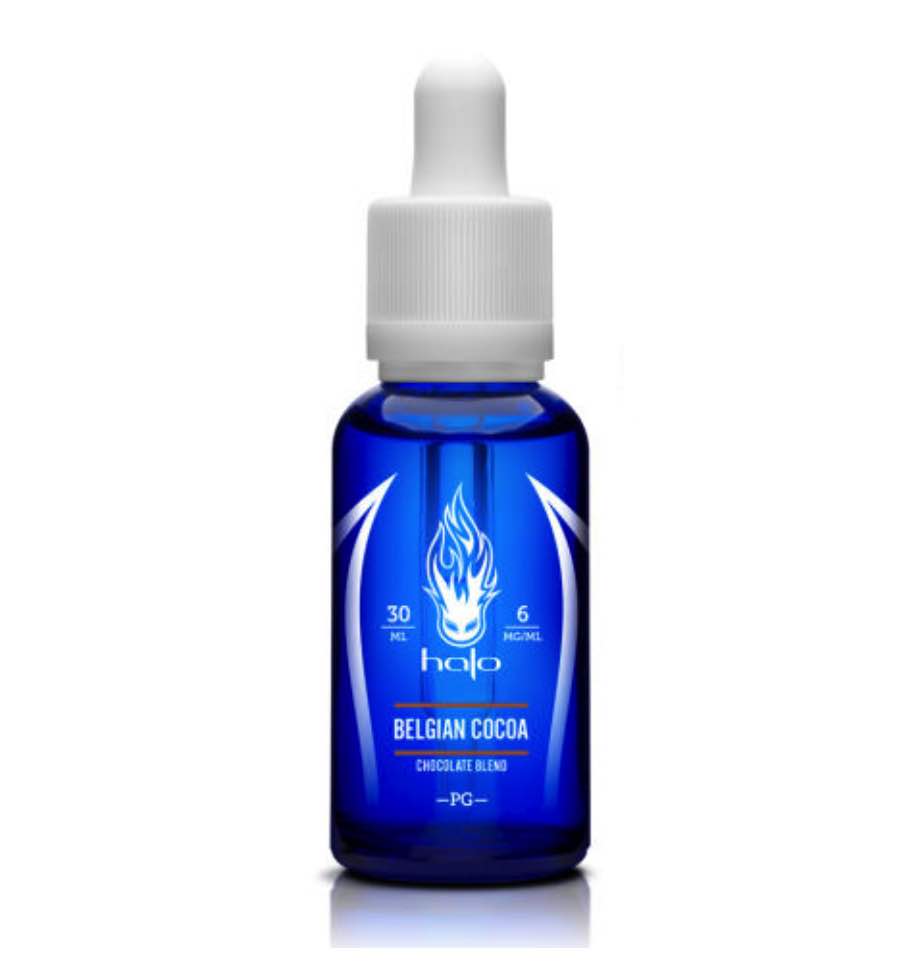 Probably the chocolatiest amongst all chocolate flavors in the e-liquid industry, the Belgian Cocoa holds a mouthwatering bittersweet flavor that is excellent for all-day vaping. Unlike other brands that try to cover up the ill-tasting artificial ingredients with too much sweetness, Halo Cigs made the Belgian Cocoa with the perfect amount of cocoa bitterness, chocolate sweetness, and great throat hit. This delectable blend is there as you inhale and exhale clouds of vapor from Halo’s Belgian Cocoa. 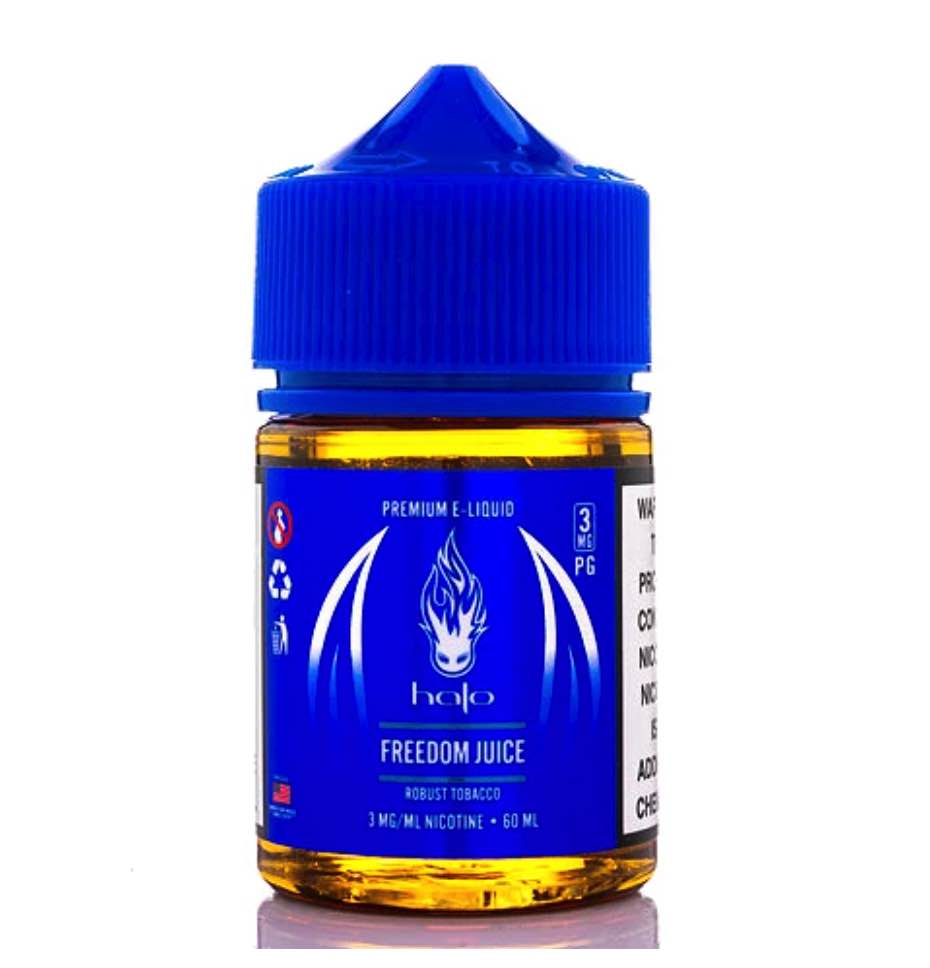 Like Tribeca less the vanilla and caramel toppings, the Freedom Juice is a tobacco blend with a slight sweetness that gives pleasure to light tobacco smokers. The overall sketch of the Freedom Juice is a mix of tobacco plus ginger and spice undertones. The latter is very minimal in terms of potency, and simply accents the tobacco taste, making it the perfect e-liquid for ex-light cigarette smokers. 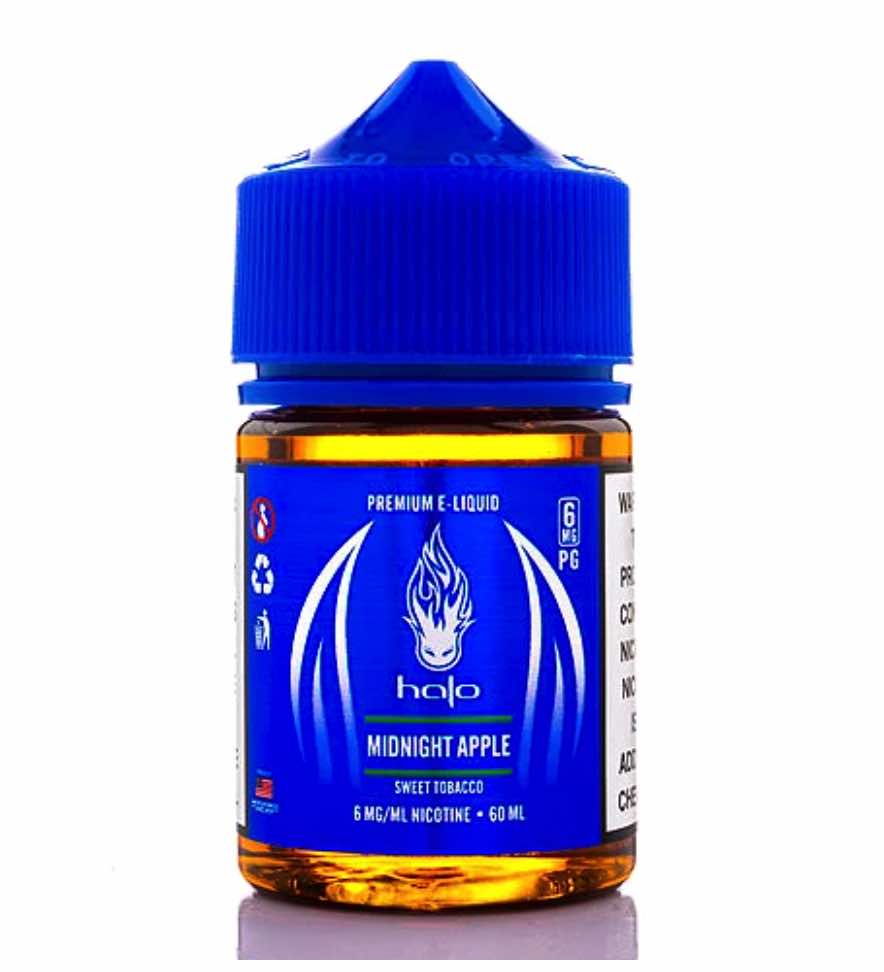 A smart combination of fruity sour green apples with a rich tobacco base makes this the all new favorite for tobacco and fruit lovers, without overwhelming sweetness. The Granny Smith apple is subtle and not too distinguishable, making it an all-day vape for tobacco enthusiasts. Those who want a fruitier apple flavored e-liquid may find the tobacco base a bit too strong.

Another unique thing about Halo is that they offer some unique products like Gift Cards and Apparels. You can send your loved ones, friends, family members a gift card of worth $25 – $200, so that they can get their favorite Halo products. Also, Halo offers some extremely stylish yet affordable hats and tees with Halo logo imprinted on them.

Details: Save 5% off to order your Halo products with our exclusive Halo coupon! Click Reveal Code button and go to the official Halo website to get 5% off your choice!

Best known for its line of e-liquids, Halo has made a name for itself with their line of vape pens and vape mods as well. The phrase “quality over quantity” has never been more appropriate, and that’s why Halo is our number 4 top e-cigarette and e-liquid brand for 2016. Halo achieved this massive feat due to their great manufacturing quality, standardized facility in the US, and the fact that they follow strict guidelines, policies and procedures in their manufacturing processes.

Halo offers a free 30ml bottle of your choice of e-liquid for every $50 spent on hardware and have an admirable customer support system where service is the priority over sales. Halo also has a rewards program where customers earn points by referring new customers and purchasing items from their website.

Their website is user-friendly and easy to navigate, with their premium e-liquids taking the second page next to their home section. Flavors are presented all together in the e-liquid page, with an option to view them in a categorized manner via the subpages under e-liquids.

Halo has obviously taken a lot of effort in organizing their website into a professional-looking online store that is well-structured, expertly-designed, and all in all, customer-friendly. No wonder Halo e-liquids, as well as, other products are at the forefront of the competition. Two thumbs up for Halo.