Apollo’s newest e-cig kit, the VTube V4.0 is close to perfection, being an advanced sub ohm e-cig with amazing power and customizability, plus top-quality vapor performance and a heavy duty build at an inexpensive price. This model is a monster vape kit for advanced users who opt for fully adjustable voltage and airflow that creates vapor bursting with flavor and thickness that any user would desire.

The VTube V4.0 Kit depicts sturdiness through its stainless steel design. It is one of the few sub ohm vape kits on the market with a tube mod that is still capable of delivering such high power to create more vapor. Given such, the kit looks more discreet and tasteful compared to the usual box mod kits.

For a device that can shoot up to 50W of power, the VTube V4.0 is somewhat heavyweight compared to other tube mods. In fact, the weight is contributory to why it looks heavy duty and why it can survive unwanted falls and some hits. 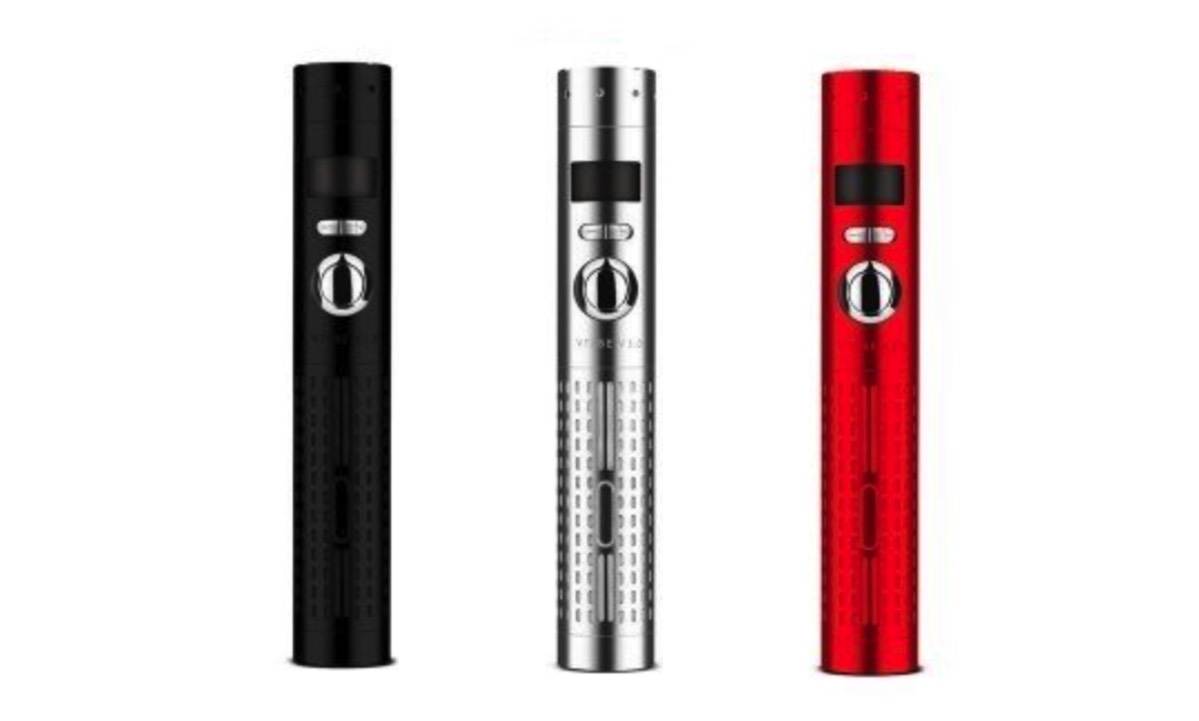 The button, while fully functional and pretty responsive, produces a rattling sound when the device is shaken—a small drawback on the design that we believe can easily be improved. All-in-all, the VTube V4.0 represents tough elegance that puts some fashion into advanced vaping.

This kit is practically made of the most reliable and durable components in the industry. The Panasonic 18650PF Battery not only delivers in terms of variable voltage and wattage but is also less prone to damage through time; better than the previous NCR 18650PB batteries. It easily fits into the stainless steel VTube V4.0 tube mod with spring-loaded contact.

The Apollo Phazer sub-ohm clearomizer is as neat as a new pin, with no leaks or other issues. With its build, it guarantees prolonged utilization for a small amount of money. Overall build quality is excellent, making the VTube V4.0 worth investing in for long-term advanced vaping. 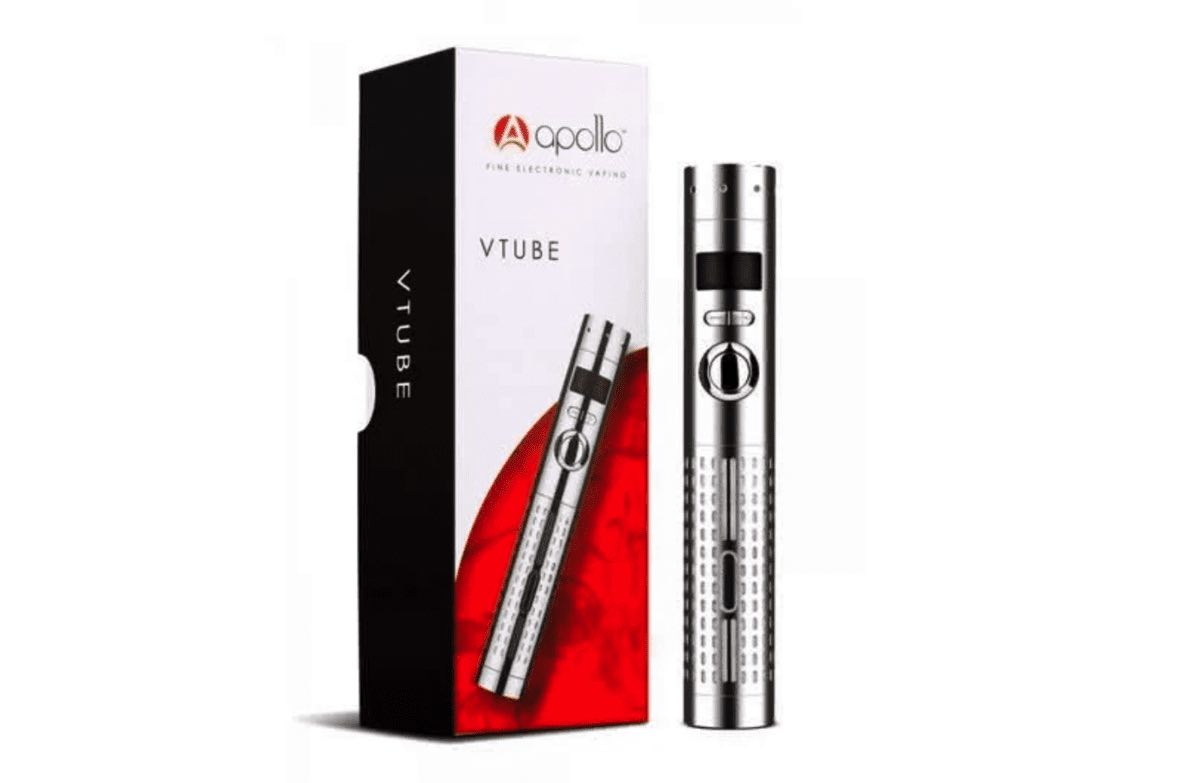 Included in the box is:

It also includes a user manual and comes with a lifetime warranty and a 30-day money back guarantee.

Back in the day, advanced vaping took a lot of effort with an RDA (rebuildable dripping atomizer) or RTA (rebuildable tank atomizer), because users needed to make their own coils. With the continuing enhancements in vaping kits, the invention of sub ohm tanks and powerful variable batteries has made it easier for vapers to advance to a higher and more satisfying vapor production.

The Apollo VTube V4.0 has a perfectly sized screen that is readable even in direct daylight. The screen shows practically everything one needs to know while the kit does its work—wattage settings, voltage output, resistance level, and puff count.

Simply fill the tank with the chosen VG e-liquid, tighten the caps and attach it to the battery/VTube V4.0, and then choose the preferred voltage and wattage settings using the side button. When doing so, make sure that you are within the right range, so as to avoid burnt tastes, short circuits, and overheating. A slight downside is that the increments in adjusting the voltage and wattage are too small, therefore, requiring a good amount of patience in pressing the button to adjust from low to high wattage and voltage levels.

Vapor production, as expected, is massive. The 0.5-ohm coil used in the Apollo Phazer sub ohm tank produces a perfectly flavored and warm vape at 50W. Using the lower 0.2-ohm coil, more vape was produced at 60W. The maximum wattage at 70W made the tank and vapor hot, but came in clouds that are totally incomparable to low-end models.

The Panasonic 18650PF battery holds 2900 mAh of power, which lasts for varying hours, depending on the level of the voltage and wattage that is chosen. Nonetheless, it is potent enough to use for loads of continuous vaping with massive vapor production. It can fire the Phazer up to 50W of power with 0.2-ohm resistance. In simple terms, it allows the device to accommodate more current with lesser resistance so that it produces more vapor from the chosen e-liquid.

Made with simplicity and practicality in mind, the beautiful tube shape and Stainless Steel finish make it one of the most beautiful vape mods available on the market. The mod consists of two parts, the bottom part which houses the battery, and the top that has everything else. The only little nuisance here is that the tube doesn’t screw on all the way to fit snugly, and some threading – either at the top or bottom of the tube – can be seen. Well, it’s a minor flaw, and won’t prove to be a deal-breaker, but it’s a flaw that could have easily been fixed.

The Apollo VTube V4.0 is an improved version of the previous V3.0. As compared to the previous model, it not only offers more wattage but also comes with additional features. While the V3.0 could only go up to 20W, the V4.0 can go to an astounding 50W, making it ideal for the latest sub-ohm tanks. 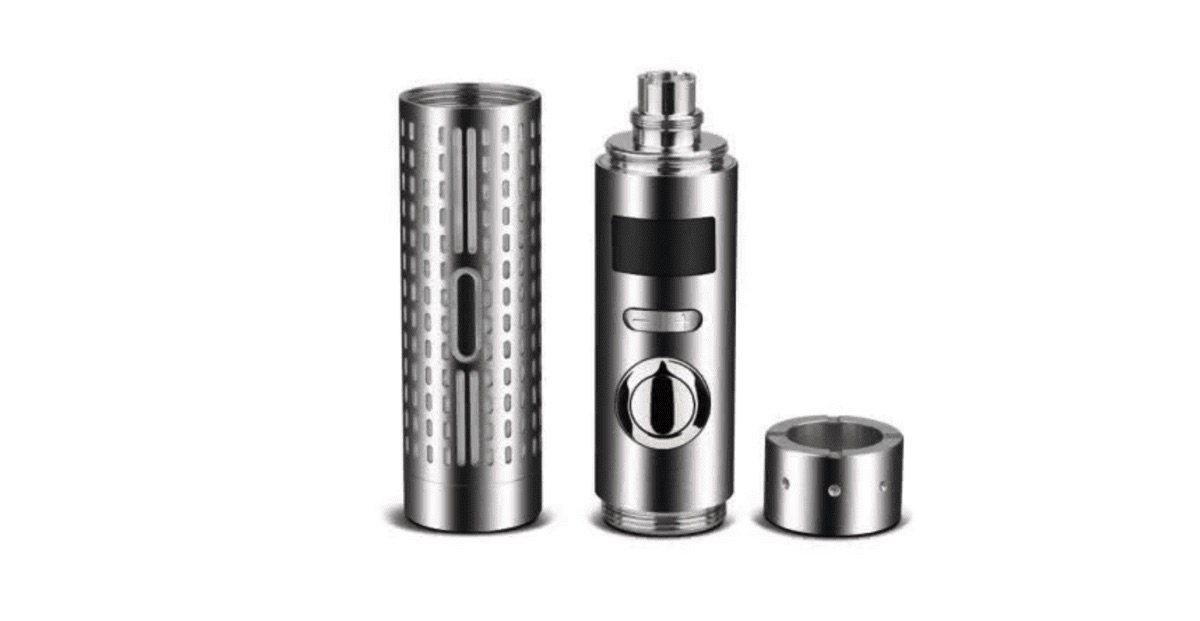 What’s more, it’s capable of firing an atomizer down to 0.2‎Ω, thus giving you intense yet extremely smooth vaping.

Another amazing thing about the mod is that it comes with a resettable puff counter, and it will remember your puff count even if you take the battery out – not something you’ll see in many mods. For your safety, the mod offers dual protection: short circuit protection and low voltage protection. When there is a short circuit, the device won’t fire, and will prompt you to recharge when the battery level falls below the safety threshold. The mod works great with virtually any tank. If you’re a newbie or even an intermediate vaper, don’t set the wattage too high or you’ll get bad burn taste, or in worst case, might burn your coils.

Apart from the beautiful design, great vape, thick clouds and amazing flavor, there’s a lot to like about the VTube V4.0.

While the battery life depends on the wattage you’re using it, the good thing about the V4.0 is that I checked it with a voltmeter, and it doesn’t leak voltage when you’re not actively using it. Vaping at maximum wattage will drain the battery faster, but it survived for 15 hours of intermittent, moderate to heavy vaping at 25W. That’s pretty cool, to say the least.

The mod weighs about 7.5 ounces without a tank – that’s pretty heaving for such a tiny gadget and gives you the idea of how well built it is. Made of Stainless Steel, inside a clean, standardized facility in the United States, this is surely a mod to last.

You can attach virtually any tank to the Apollo VTube V4.0 using the copper spring loaded 510 pins. On top of that, you can also use your ego threaded clearomizers.