The Yocan Uni Pro box mod supports oil vape cartridges. The device consists of an internal 650mAh battery and a 14mm (0.5”) opening for users to insert their tanks. The kit includes a special 510-adapter to attach to non-510 cartridges. 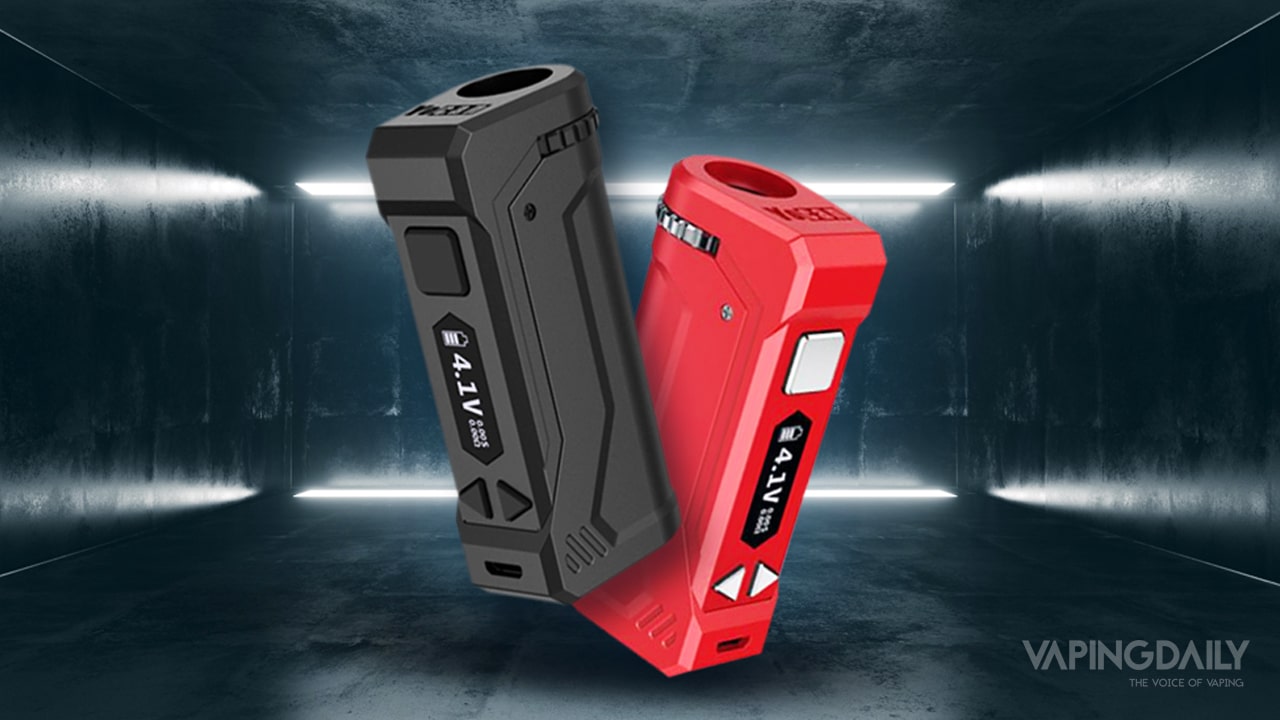 The Uni Pro has a tiny, side-facing display with up/down buttons for users to input their voltage. The device has a power output range of between 2.0 and 4.2V. The unit can take any size width of a tank as it has an adjustable dial for users to control. The Yocan Uni has USB charging and even has a preheat feature for improved vapor production.

The form factor and build quality are similar. The two devices both stand at 75mm tall (2.9”) and 35mm across (1.43”). The unit has mostly zinc-alloy in its build construction. There also feels like there are some parts that are plastic. The build material, nevertheless, makes both of them very lightweight and portable. There is a control panel along the side of the Yocan Uni that the original did not have.

The panel resembles one from a box mod. It features an inverted OLED with two up/down buttons underneath it and the main firing button above. Beneath the two adjustment buttons is a micro USB port to recharge the internal 650mAh. The first Uni also had a 650mAh battery.

A viewing window and a slide adjustment lever to change the depth of the tank bay are on the opposite side of the control panel. Users can raise the level of the battery contacts inside or lower it; there are only two positions. The viewing window lets users check their oil level, which the older model also had.

The unit feels very lightweight. A person can quickly wrap their hand around the frame and make it disappear. With that said, the unit feels so thin that it does not feel very durable or that it could stand up to a fall. The rest of the device also feels cheaply-made, as do a lot of Yocan products. With that said, the device does have a responsive control panel. All the buttons work well, and none of them misfire or get stuck.

The first Yocan Uni Pro had preset power levels. It did not let users set their precise voltage levels. But let users press the power button to change between three presets. The Uni Pro has an OLED that can let users choose a power output between 2.0V and 4.2V. The setting changes by 0.5 increments, and they move very fast.

Both Yocan devices have a 650mAh battery, which is suitable for this kind of device that only vapes cartridges. The adjustable power levels do not make much difference when it comes to performance, though. There is not much change between 2.0V and 4.2V, so the fact that users can set it at 3V or 3.2V does not make a difference in vapor production.

How to Use the Yocan Uni Pro

Users have it easy with the Uni Pro. The device is straightforward to use. The adjustment dial in the center can wrap around any tank that a user puts into the slot. If the base is too low, users can raise it. If it is too high, users can make the switch with the slide adjuster.

The battery uses USB charging and can be ready in under an hour.

To turn on the device, users need only:

Once the tank is installed, users can then:

After they have their voltage set, users can just press the firing button to vape. There is a simple process to enable preheat mode:

The device will heat automatically for ten seconds. There is, by the way, a fifteen-second cutoff as well. Users who press the firing button longer than fifteen seconds will see the message on the OLED.

For a portable, lightweight device like the Yocan Uni Pro, there is not much to expect. Sure, the variable voltage addition is nice, but it does not affect vapor quality. The first Uni had only presets but the new version does not go higher than that original’s highest output of 4.2V. If the device just fired at its highest power output, the vapor quality would be unchanged.

The addition makes the Uni Pro look modern and updated, but it does not affect the mod’s performance. Vapers could choose to vape at their ideal level, but there is too little difference between the values to improve the vapor.

With that said, the Uni Pro works well. The adjustment dial is easy-to-use, and all the other moving parts of the device do not cause problems.

There is not much to worry about in terms of leaking, so the device stays clean and up-to-shape. The buttons work well and do not get stuck, so its user experience is very satisfying. The battery charges fast and can last for up to 200 puffs. Whenever you see your tank getting low, you can just remove the tank.

The Vape-Off: Yocan Uni Pro vs. CCELL Silo vs. the PCKT One Plus

The CCELL Silo is a pocket-friendly device for 510-oil cartridges. The unit consists of a tiny, aluminum hand-held battery that has an internal capacity of 500mAh, so just a little under the Uni Pro. The opening for the tanks is not adjustable, so users have to use a specific type of tank or a tank of a certain size.

The unit itself is tiny and stands at just under 3”. The CCELL is draw-activated and does not have any user control features. Users insert their 510 tanks into the slot and start puffing. The highest power output for the device is the direct voltage of the battery.

The PCKT One Plus has an internal 660mAh battery to vape cannabis oils in its lightweight frame. The device stands at close to 3.5” and there is a single power button on the base of the unit. Users can click this button to activate the battery as well as to change the power settings.

The PCKT One Plus has three preset power settings loaded onto its battery, the highest one being 5.1W. The One Plus also has a preheat function like the Uni Pro. It also takes USB charging, but it does not have an adjustable tank opening like the Yocan device.

The Yocan Uni Pro has an updated control panel, variable voltage capabilities, and an adjustable tank opening to accommodate different tank sizes and shapes. Yocan thought of everything. Only the biggest “improvement” of the device does not affect the unit’s already-good vapor production.

The variable voltage feature is nice, but it could have expanded or reached other high levels instead of remaining the same. Maybe an OLED looks useful to some vapers, but there are probably more people who like the clean, untouched look of the CCELL and the PCKT One Plus.

The Yocan does cost less than the PCKT One Plus but more than the CCELL Silo. It also performs at almost the same level as those other devices, so it is really a matter of taste that separates all these atomizers. 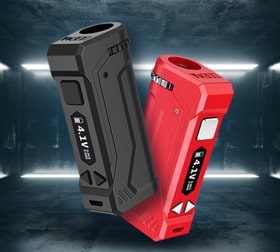