The Wismec Reuleaux RX2 20700 is one of the meanest machines for your e-juice. It can carry 6000 mAh of battery in its heart and is complemented by three resourceful modes; wattage mode, temperature mode, and TCR mode. With these three in place, you can cloud chase to your heart’s content and never run out of variations.

The full kit comes with the GNOME Sub-Ohm Tank, and the WM series coils, which can give you a varied range of flavors and density. The mod is intelligent enough to pick up on the resistance of the tank by itself, and you can do a lot of innovative modifications to your vapor through the TCR control. The mod also features pre-heat option, which gives you a consistent vaping experience. It can safely be used with any 24mm RTAs without any overhanging issues. The Wismec brand regularly upgrades its device chipsets through the USB port and the Reuleaux RX is one of their most active products in this regard. You can enjoy the further upgrades of the brand in the RX2 20700 itself without having to buy newer models. Overall, Wismec has created a decent device with many signature features, but it can’t be called a flagship launch. The Reuleaux RX2 20700 does have some flaws too so let’s check out the pluses and minuses before we delve into the detailed review.

The First Look At The Wismec Reuleaux RX2 20700 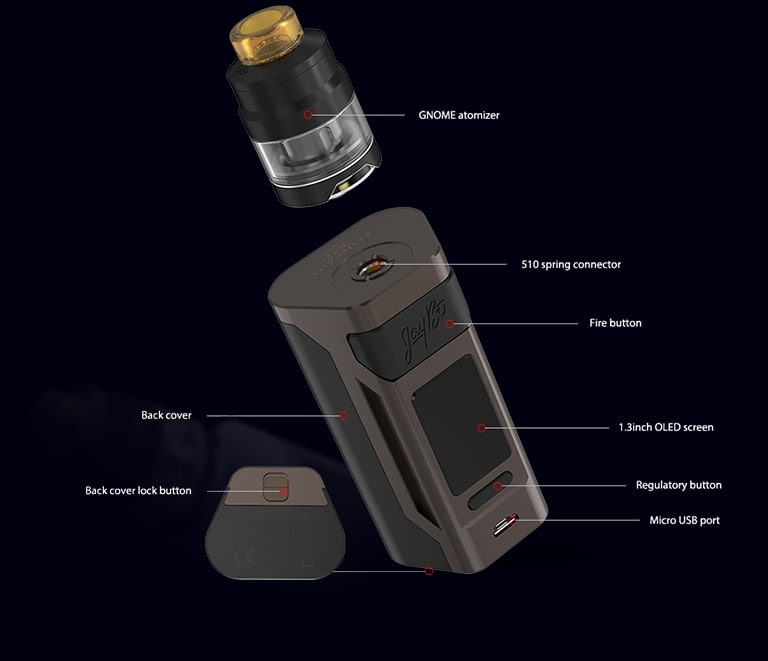 The Wismec Reuleaux RX2 20700 comes as a compact and durable device. In terms of design, the mod is very similar to the Reuleaux series, and it won’t be a worthy buy if you already own the RX GEN3. The RX series carries the signature Jay Bo design, and it is one hell of design. It is incredibly user-friendly, efficient and ergonomic to hold but does look a bit backdated. It has long air vents for cooling down its battery chamber, and the battery lid comes off with a press of a button. The battery lid is also a case which fits into the mod with a very satisfying click. The box mod carries space for dual 18650 or 20700 batteries, which is more than enough power to last an entire day of hardcore vaping. The batteries are connected in series, which means more ampere and usage time. On a full charge, the battery can deliver up to 1000 puffs on medium wattage settings. This can increase up to 1300 puffs if you use the machine judiciously. The device has a 510, gold-plated, spring-loaded contact while the threading is made of stainless steel. It is durable to the core, and we have full confidence in its build quality. However, the 510-port has been placed towards the front end of the device, which restricts some space for the RTA. Instead, if it had been at the center, you could have placed bigger RTAs like 25mm or even 27mm ones. The device itself measures 81mm X 36mm X 43mm, and is not pocketable but can be carried around with ease.

What Are the Contents of The Wismec Reuleaux RX2 20700 kit? 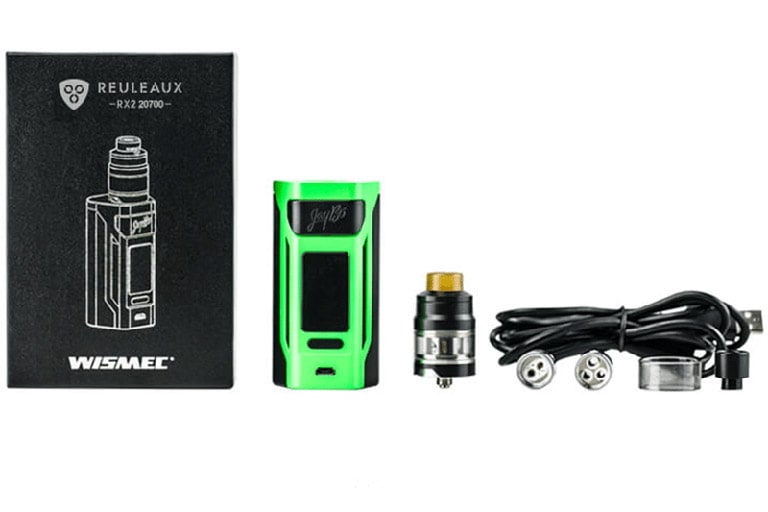 The Wismec Reuleaux RX2 20700 comes in a Styrofoam packed kit, with the following items:

Playing Around With the Wismec Reuleaux RX2 20700

The Wismec Reuleaux RX2 20700 comes around as a classic device meant to deliver a wide range of vapor types to advanced vapers. Wismec has put in a lot of effort into this machine and designed it meticulously to the last detail. The most impressive is the Temperature Control, which is perfect to a single degree. We tested out the TC mode with a cotton wick and found it extremely subtle and sensitive. There were no burns or even mini browning. Wismec is actually one of the early pioneers of Temperature Control, and it takes the purity of flavor to a whole new level with the Reuleaux RX series, which uses the sophisticated RX200 chipset. The temperature rise is so subtle that you can get deep, dense vapors without the harshness from your regular vapes. The temperature can be shifted in a range of 200 to 600 degrees Fahrenheit, which is an impressive range for a mobile vaping device. The Wattage Control mode is also well-designed and ranges from 1 to 200W output. This is quite a range, and you will surely get the best of both the worlds through this single mod. Vaping at the extreme end of the Wattage mode is quite strenuous as it releases a ton of vapor, almost akin to a hookah. The mod operates on a resistance range of 0.1 to 3.5 ohms and supports Titanium, Ni200 Nickel, and Stainless Steel 316.

What Is the Coil Series in The Wismec Reuleaux RX2 20700?

Wismec Reuleaux RX2 20700 comes with three coils from the WM coil series; The WM01, WM02, and the WM03. The WM01 produces the most flavorful hits but with a low density, while the WM03 gives you epic vapor cloud but with a little compromise on flavor purity. The WM02 is the middle ground between the two models.

The Wismec Reuleaux RX2 20700 is a device meant for the gods of vaping. It can function in a wide range of parameters and can easily be your primary vaping device. At a range of 1-200W, there is nothing impossible with this device. It is also able to take your juice down to the lowest resistance, and it gives you an ethereal sub-ohm experience. Overall, we would rate the device a solid 8.5 out of 10.