The Smok Qbox a 50-watt vape mod constructed from a zinc alloy that uses a 1,600 mAh battery. Additionally, it is a pocket-friendly e-cigarette, so it can be easily carried around without causing the user discomfort. It has other features that make it a pretty power vape, such as an advanced chipset, a big OLED screen, and the SMOK TFV8 Baby Sub-Ohm Tank.

With its small size and portability, as well as some other sophisticated features, it has a lot to offer, but it does have a few drawbacks that should be taken into consideration before making a purchase.

The first and most obvious feature of the Smok Qbox is its design. The edges are perfectly rounded to prevent it from chafing while it is in a pocket; it can be carried around all day without the owner noticing it. It also comes with the TFV8 Baby Beast Tank, which is one of the most versatile tanks out there, utilizing a wide range of coils, holding 3 ml of e-juice, and offering airflow control. 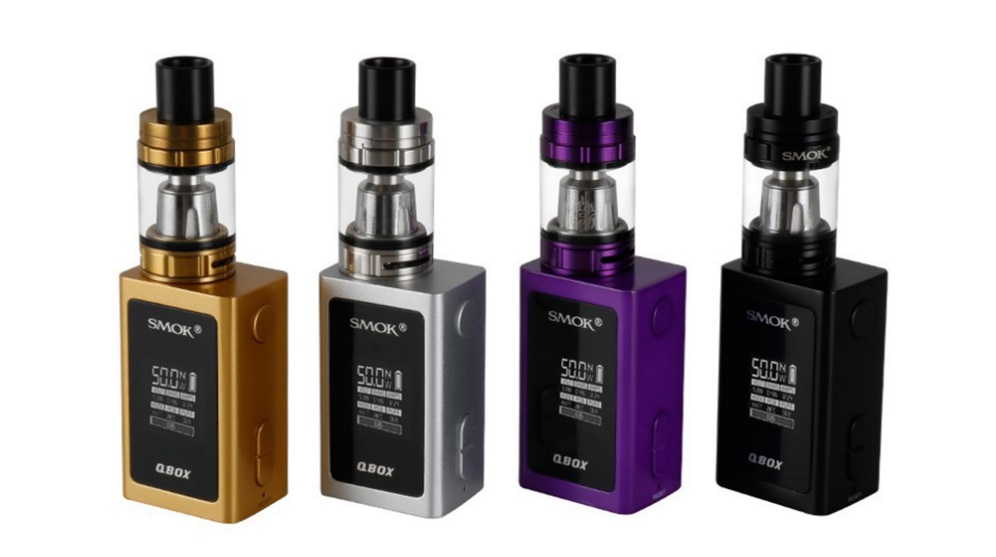 Another great feature of this box mod is its 0.96 LED screen, which is nearly identical to the other screens used in Smok’s previous models. There is also the 1,600 mAh battery that is rechargeable and can run for four hours without having to be recharged. Last but not least, its output ranges from 1 to 50 watts. These features are certainly impressive, especially the TFV8 Baby Beast Tank, the discreet design, and the LED screen.

The Smok Q-Box, despite its small size, still comes with a lot of goodies in the box , like with most other starter kits. It includes the Baby Best tank so that already puts it ahead of a lot of other kits. There are also two mesh-style M2 coils for sub-ohm vapers.

When opening the Smok Q-Box kit, here’s what you’ll find: 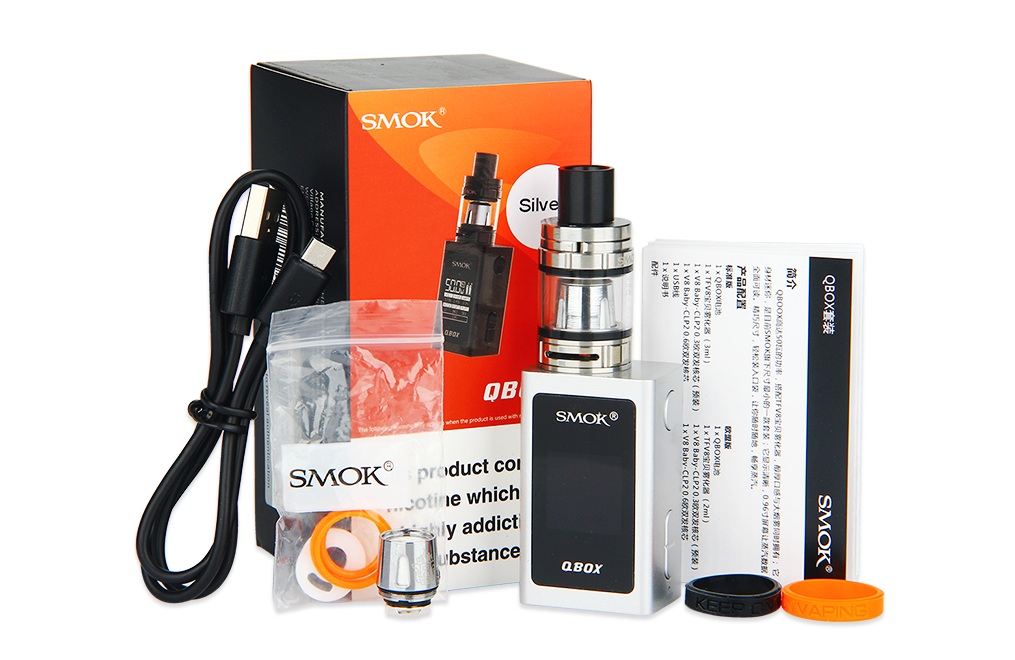 People who are looking for something small and easy to carry around will like the Smok Qbox. This vape features a durable zinc alloy exterior and is smaller than a deck of cards. Put another way, the Smok Q-Box is not much bigger than a wall charger adapter. It should fit anywhere on your person. 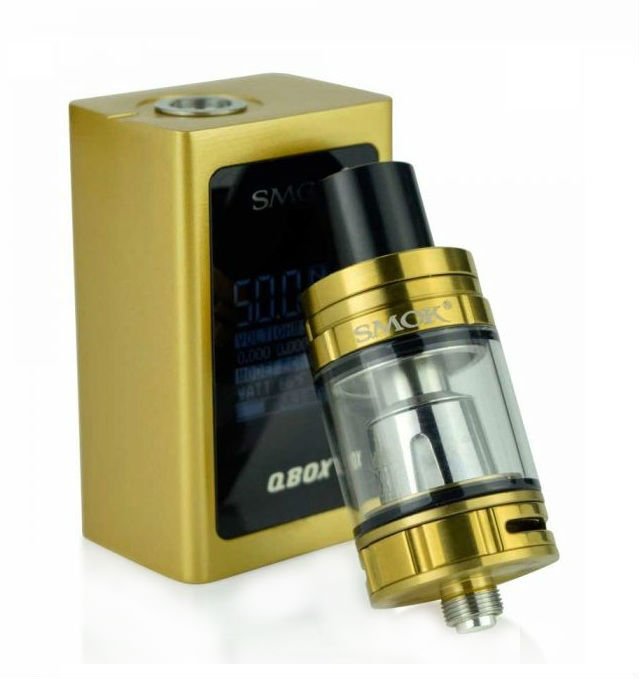 The biggest thing it has going for it, though, is the 510 connection. You can use an atomizer as large as 24 mm without ruining the appearance. The only problem with the design is the location of the charging port, which is at the bottom, meaning you will have to turn it on its side to charge it. Doing this could cause it to get scratched.

Those going out for an entire day might want to bring a portable charger because the battery for the Smok Qbox will last for four hours if used at 50 watts the entire time. Bringing down the wattage will only increase its life by about an hour. 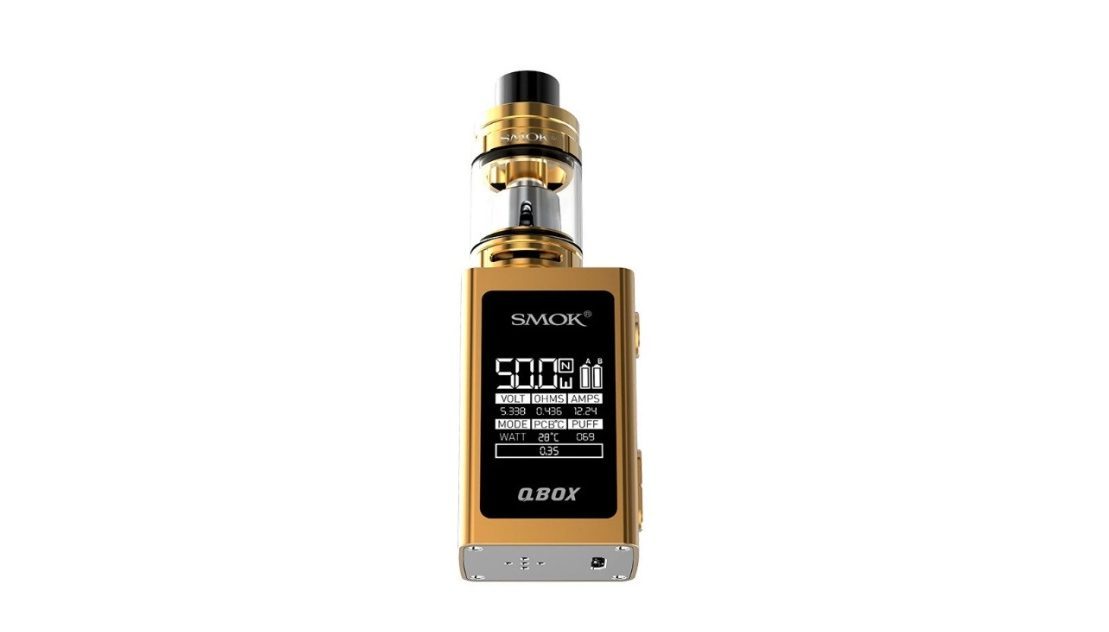 Also, it is part of the system, so you can’t replace it with something more powerful. Other than that, for a battery working on such a small vape, it performs very well.

The Baby Beast Tank is the best thing about getting a QBox 50w. Of all the TFV8 Baby Beast Tank tanks, this is one of the most versatile and flexible, which is why it is such a popular accessory. It is 22 mm in diameter and it can hold 3 ml of e-juice, and there have been very few reports of the contents leaking.

Another good feature of the TFV8 Baby Beast Tank is that it is easy to refill and replace the coils. Sub-ohm and mouth-to-lung coils can be used, and several others, too. Its small size complements the Smok Qbox very well, holding a decent amount of liquid without making the box mod look bulky.

The only drawback is that it does not dissipate heat well and high VG does not work well at 50 watts, but the coil selection and build quality more than makeup for those deficiencies.

How to Fill it Up

It is very easy to fill up the tank. Unscrew the mouthpiece until it is separate from the glass tank. The top of the glass tank slides open if you gently press down and pull it towards you. Once open, pour the liquid into the bottom slot with the dropper, and then put it back together.

Smok Qbox — How to Change the Coil

Unscrew the top and have paper towels handy in case there is liquid inside. Once that is done, put the top back on, unscrew the bottom, and then remove the glass.

With the bottom in hand, unscrew the coil. Use pliers if you are having trouble removing it. Make sure it is on tight or it might leak. Once this is done, you can put the vape back together.

Mostly, the Smok Qbox will provide its owner with a positive vaping experience. It puts out a good-sized cloud for the wattage; the coils provide a pretty good flavor, and the feel of it in your hand, pocket, or purse only adds to the experience.

That being said, this little device has its limitations. The battery only lasts four to five hours, which is the biggest problem. Do not use it if you will be out longer than five hours. Bring a portable charger if you plan to be out for a while. Some say it leaks, but if everything is screwed on correctly, that should not be a problem.

The Smok Qbox has two safety features that will prevent your vape from causing problems: overheat protection and short circuit protection.

Another feature that makes using it convenient is that it has a low battery indicator. You should be able to use this box mod and tank for a while with no serious issues.

Who Are Their Biggest Competitors?

Tarot Nano and al85 are the QBox’s biggest competitors.

Both mods have advantages and disadvantages. The biggest thing the Qbox mod has going for it is its higher wattage, whereas the Tarot Nano only goes up to 40 watts. 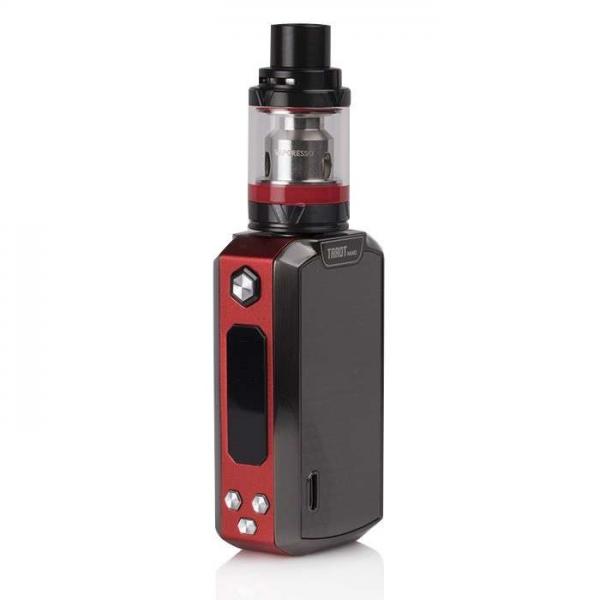 Those who want higher wattage should go with Smok. If you want to use your e-cigarette for a long time without having to worry about the battery, Tarot Nano is for you. One commenter mentioned that he could use it for a day or two before having to recharge it.

These are both good, little mods that have a lot going for them. The al85 has a longer battery life, and it has a higher wattage. Both mods use the same coils and tanks and can produce a good, flavourful cloud. 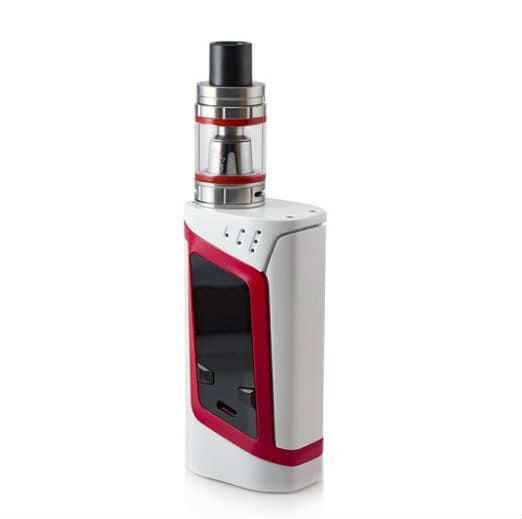 Appearance-wise, these mods look nice. The major disadvantage with both mods is the way they are charged. To charge the al85, you must remove the tank, whereas the disadvantages to charging the Qbox have already been discussed.

The Smok Qbox is a good vape for those who want something that is both small and good looking while capable of delivering a good hit. The only major problem with it is the battery life, but what can one expect for such a small product?

Those who are expecting something that can be used for hours on end should get something else, but if you want something inconspicuous, this e-cigarette is for you. 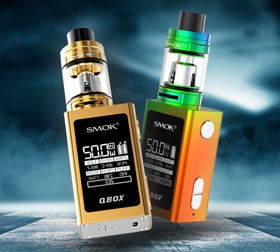