Review Score: 86/100 - 86
Price: $73.95
Colors: Black, Silver
Works with: E-Liquids
Disclosure: All The Vape Mods which we review on this website are tested by our trained, paid staff. As part of the review, VapingDaily.com links directly to the product or brands so that you may purchase directly from the provider. We receive commissions from these providers, however, this does not affect the price you pay, and the commissions we earn help us pay for the costs of running this website. Thank you.
Read full disclosure
Buy SMOK Guardian E-Pipe III from Directvapor
SMOK is known for their one-of-a-kind vape mods that are unique both in design and performance. SMOK, however, did not deviate from the familiar when designing the e-pipes for their Guardian series. The Guardian I and Guardian II share the look of an old-school pipe, complete with a faux-wood finish. The Guardian III ups the ante with its sleek, modern appearance, which is just one of the Guardian’s selling points.
CONTENTS:

There is a lot more about the Smok Guardian Pipe III kit than just its design. This quick review will explore if it is worth the money or not. But before diving into a more detailed discussion, there is first the critical question everyone asks before buying a new product:

Does this E-Pipe live up to the hype?

The SMOK Guardian Pipe III is aimed at the vaper who wants to vape in style and stand out from the crowd. Only, for those vapers who value cloud-size and excellent flavor above style might find satisfaction somewhere else. Considering the novelty of its design and its adequate performance the Guardian III still justifies its $73.95 price tag.

The Guardian III has the classic pipe-bowl shape, at one end. The other end features all the parts of a vape pen, thanks to the atomizer attachment. As such, the Guardian III is sure to attract a lot of attention and turn a lot of heads. There might be other unique and elegant vaporizers out there, but, the pipe-shaped Guardian is a notch above the rest.

Vaping with the Guardian III E-Pipe

The Guardian III features polycarbonate and ABS in its construction, making it both durable and lightweight. It measurements being 101.8mm x 59.1mm x 46.3mm, the Guardian III is not the most concealable e-pipe, but it is not the bulkiest either. The black piano lacquer finish is what truly sets it apart from it any others. On top of that, it has a beautiful, round and easy to read OLED screen installed into the bowl. However, the screen, as well as the button, are somewhat awkwardly located, i.e., on the top of the bowl. Also, the button has some rattle, which might only get worse with heavy usage, unless extra special care is taken not to overuse the button.

The Guardian III comes only in two colors, silver or black. The silver option is a few dollars cheaper, but the black option is much more attractive and is definitely worth the higher price point. The kit contains a Micro MFV4 Plus vape tank, which looks and functions exactly like the MFV4 but is smaller in size.
It holds 3.5 ml of e-juice, which is somewhere in the middle regarding e-juice capacity, considering similar-sized vape pens can only carry 2ml of e-liquid. The kit includes a more extensive, 5.5 ml replacement glass extender tube that can raise the tank’s e-liquid capacity. The tank features, like the majority of SMOK’s tank, a slide top for easy top-filling of the tank.

Moreover, the Guardian III also features a USB port directly under the battery, which does not make it the most accessible. However, the USB is not meant for charging, but for firmware update, meaning that does need to be used that often. Apart from these minor glitches, the design, from the drip tip to the bowl, is a revelation.

The performance of the SMOK Guardian III e-pipe combined with the Micro TFV Plus tank is well above average. The Guardian III, thanks to its screen and selector buttons, offers two vaping outputs, variable wattage mode, and temperature control. In wattage mode, the device can vape anywhere between 1W and 75W, though it vaped best between at 55 watts, regarding vapor quality and production. The range for temperature control mode is 200F to a maximum of 600F. The mod can work with a variety of coils, including Titanium, Nickel, Stainless Steel and Nichrome.

The kit offers good flavor and decent-sized clouds. The Guardian III, despite its antique-looking exterior, comes outfitted with Bluetooth, which allows the user to control the mod via smartphone using the BEC app. Only, given that there are minimal adjustments to be made on the Guardian III and that they can be made using the easy to reach controls, the Bluetooth option seems a bit redundant.

There is only one button, which makes the learning curve a little steep since there are various button combinations to learn, but with practice, they become less of a hassle. The Guardian III has 510-threading and takes a single 18650 battery, with a magnetic door that is easy to open and close.

The temperature control mode offers versatility, and the device can vape at resistance as low as 0.06 ohm – which is quite impressive for a scaled-down, e-pipe. In addition to temp control and wattage mode, there are preset settings for more convenient and personalized vaping. These preset settings include Soft, Medium, Normal, Hard and Maximum. Just as the names suggest, the Soft gives a very light and mellow flavor, Maximum offers a pretty harsh and warm vapor, while the rest are in between, irrespective of the wattage.

The SMOK Guardian Pipe III 75W TC Kit is for those who want a unique, stylish vaporizer. It is not expensive, and its performance is above par. It offers decent flavor and decent vapor density. The SMOK Guardian III is an excellent choice for beginners and intermediate vapers who care about the appearance of their vaping gadgets. More experienced vapers, however, might find it lacking regarding performance, yet it can be a great addition to their collection because of its unique, quirky design. 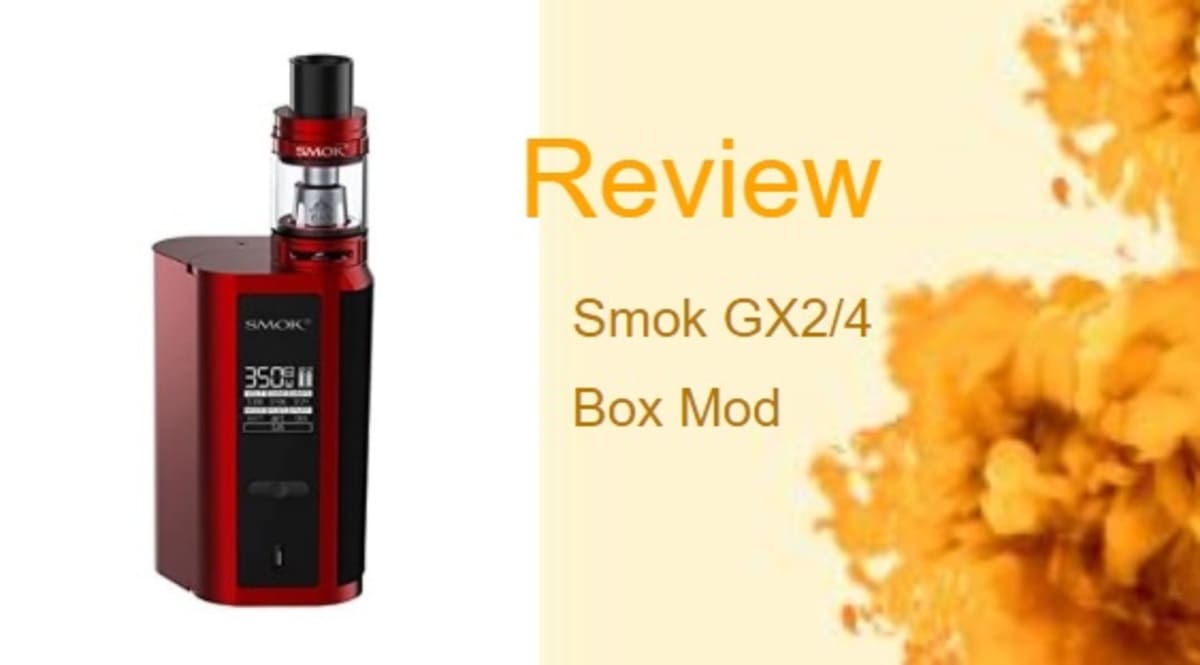 Smok GX2/4 Review: A First Look at This Box Mod 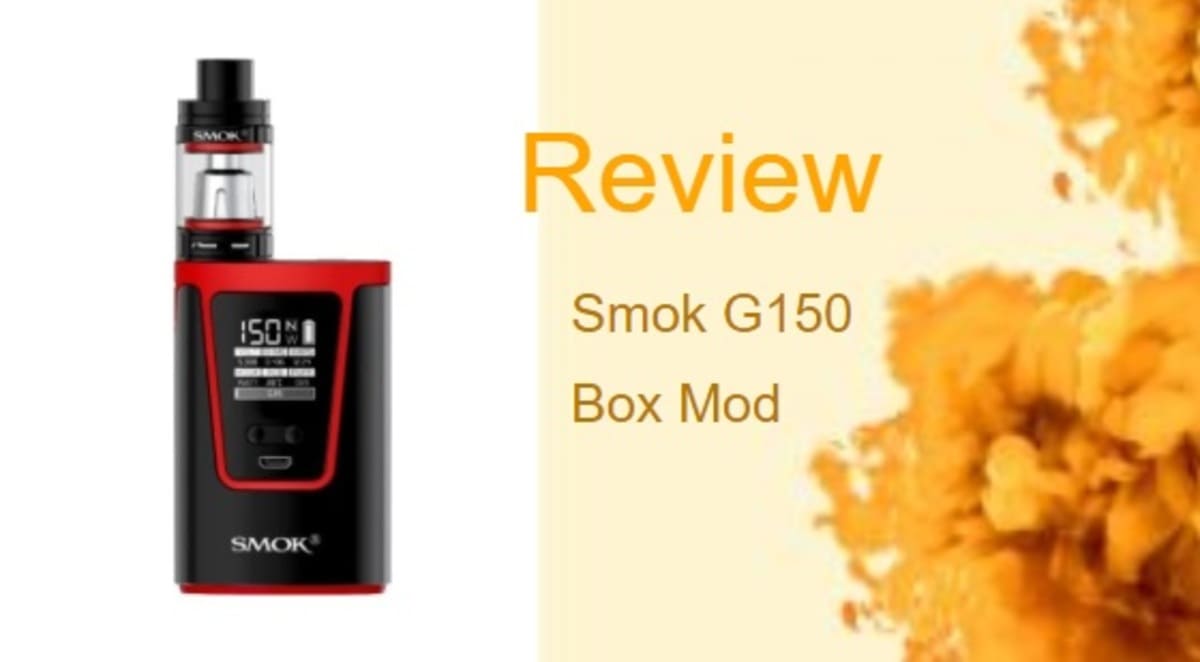 May 12, 2020
The Smok G150 mod features a powerful onboard battery as well as three vaping modes. It comes with a high capacity Big Baby Beast Tank and two coils. 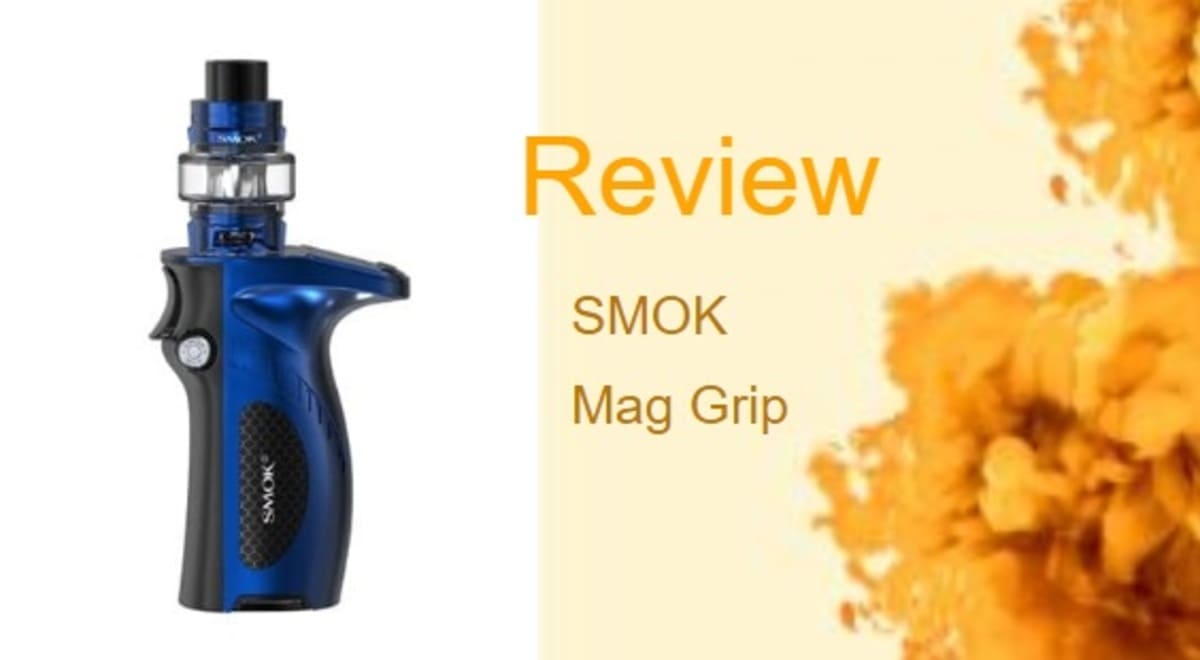 SMOK Mag Grip Kit Review: Get A Grip With this New Mag Mod 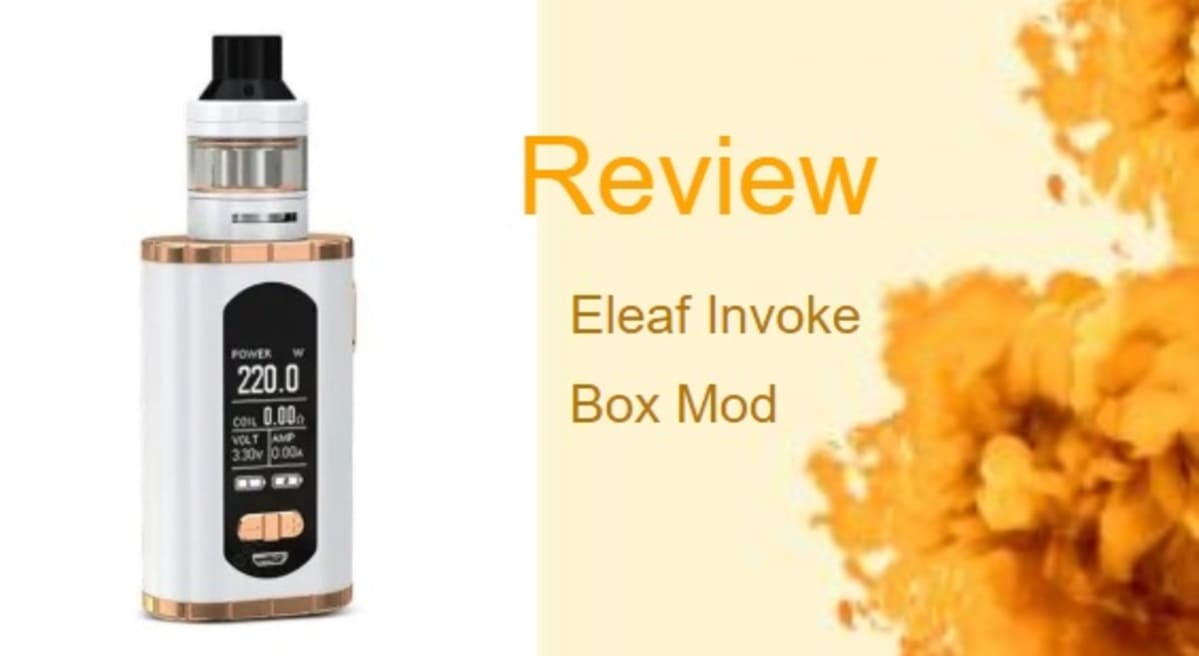 May 7, 2020
The Eleaf Invoke combines a light, portable setup with powerful batteries and output. Its quality features ensure an enjoyable vaping experience on-the-go.