The IPV8 is the latest in the IPV series from Pioneer4You. Like with all updates on classic mods, the IPV8 does boast significant improvements, but it also struggles a bit to reach the pinnacle established by the original.

Pioneer4You is famous in the vaping world for including the one-of-a-kind YiHi chipset in all of its devices. They continue with that emphasis on excellence of perfect entrance vape mods and accuracy with the IPV8. The most noticeable differences between this model and previous ones are on the outside. 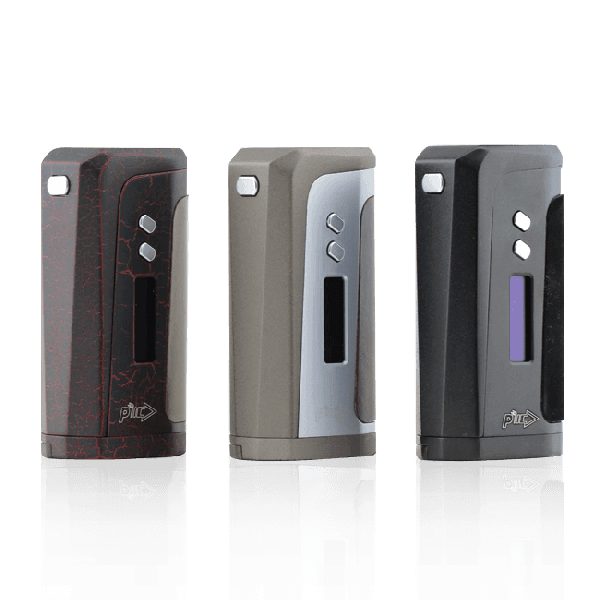 The first impression of the IPV8 is that not much has changed from the IPV6X. There are some slight visual differences, as the mod comes in four different color options – black, silver, volcanic red, and volcanic blue – and each one is distinct from the others.

There is, of course, the YiHi chipset, but more on that later. The IPV8 runs on two 18650 batteries, bottom loaded through a very easy-to-open, battery compartment, which is one noticeable improvement from the last IPV mod.

The user interface also varies little from the last IPV. The buttons have gotten a metallic makeover while the display has improved to produce sharper pixels. With the IPV8, Pioneer4you has taken small steps towards rectifying some earlier mistakes, but it is still far from perfection.

The mod has a curved form factor, and P4Y has also added a faux leather-wrap section to help with grip, but it also gives the mod a slightly cheap look, while not at all helping with grip. One slight variation is the velvet grip available for the all-black version, which seems like a good idea, on the surface.

With constant use, though, the velvet grip is just asking to be ripped, torn, or covered in e-juice residue, so maybe stick with the leather grip. With such great technology inside their devices, it is a mystery why Pioneer4You continues to wrap the YiHi is such low-grade wrapping.

Overall, the build quality of the IPV8 is very well-done. There little to no rattle, of either the buttons or battery. And the position of the firing and selector buttons is comfortable, making them easy to access and use.

The YiHi chipset is notorious for throwing anyone unfamiliar with its intricacies for a loop. It does take some getting used to, as its user configuration is different from other popular chipsets out there. 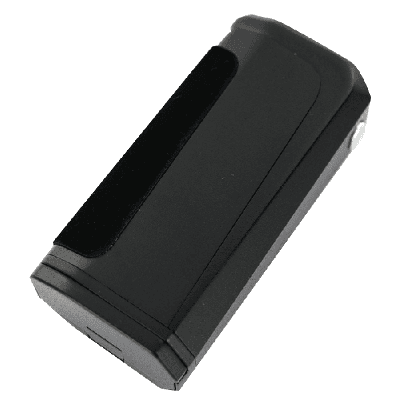 With that said, the IPV8 boasts a newer version of the classic YiHi chipset, the SX330-F8. This version did not present many usability problems. The YiHi is well-known for outperforming most other temperature control features, and it worked beautifully on the IPV8.

Even when pushing the device’s temperature limit of 600F, at nearly 570F, there were no dry hits or burnt cotton to speak of, just warm, soothing vapor. For variable wattage vapers, the YiHi can comfortably manage to get to its maximum power output of 250W, given how hot the vapor can get at those levels, it is not recommended to get that adventurous.

Vaping with the IPV8

The IPV8, along with the YiHi chipset inside, is a perfect companion for die-hard, sub-ohm vapers. As such, using a tank the like the new UWELL Valyrian is a smart choice to get the full effect of both the tank and mod.

Setting the IPV8 at an even 100W was the best place to see how well the mod works. Going up or down from there provides the same amount of vapor quality, though, which is a good thing. The clouds came fast, and all the flavor profiles were noticeable, thanks to the exceptional airflow of the Valyrian.

There are many similarities between the IPV8 and the SMOK Alien 220W. They are both high-powered, dual 18650 devices, and are slight, in their form factor. The Alien has better aesthetic features and does not look as cheap or low-rent as the IPV8.

The IPV8 is a dependable performer with more accuracy and precision. The Alien cannot match with its less-advanced chipset. It is hard to decide between the two.

One (the IPV8) works exceptionally well, providing a sublime vaping experience, but suffers in the looks department. The Alien may have some flashy looks to it, but it does not come close to performing as well as the IPV8. So, for its performance, the IPV8 is the clear winner.

Pioneer4You is getting more and more predictable with each launch, which is a regrettable since they produce some excellent-performing devices.

It may be a little superficial to judge a mod on its appearance, but these companies spend a lot of time and money (not always) in trying to make their devices presentable, so it is not unfair to criticize the lack of attention paid to the way a mod looks.

And that is the caption for the all-black option, Pioneer4You got the exterior of the IPV8 all wrong.

However, if you are new to the IPV series, this is a great mod to start with. It gives you enough scope to experiment with your vapor and is a good intermediate device.