Review Score: 94/100 - 94
Price Range: $49.98
Color: Black, Blue
Works with: E-Liquids
Combining pocket-friendly lightweight design with an impressive vape cloud density, the Vapor 2 Trinity offers incredible value in such a small package. Its high quality isn’t compromised by its discreet, user-friendly design, with variable temperature and power up to 40 W. It can also use both PG and VG e-liquids, giving a clear vision of what is vaping freedom to use either type of e-juice without having separate mods for each one. A sleek OLED screen makes checking battery level, voltage, resistance, and wattage a cinch.
The Vapor 2 Trinity delivers on the extraordinary feat of balancing several features with an affordable price tag. Its most unique feature, and its biggest draw is its ability to use both PG and VG e-liquids straight out of the box. Regardless of which type of e-liquid used, the vapor this best vape mod for clouds produces are thick and voluminous, making vape sessions much more satisfying affairs.

It comes with a pretty beefy battery so that users can enjoy long vape sessions without any interruptions to charge the device. The variable power feature allows for incremental adjustments to wattage between 5 and 40 W. Recharging is a breeze with the included USB cable.

In terms of looks, the Trinity doesn’t fall short, either. It doesn’t come in a wide range of colors, but it does look great in blue and black. The transparent tank isn’t very discrete, but that’s also not something the Trinity is trying to do by sporting lines and curves that appeal to the aesthetic sensibilities of more-purist vapers. A sharp, clear OLED display rounds off the package and gives it a nice touch of visual appeal. As a sign of quality, the Vapor 2 Trinity comes with a lifetime warranty.

The Vapor 2 Trinity produces thick clouds with a lot of volume, which can be a little surprising for such a small and compact product. This ability makes the Trinity a great choice for vapers who enjoy performing vape tricks – or vapers who just like the filling sensation big, dense clouds provide.

The vapor does not fall short in terms of quality, either. Each puff on the Trinity tastes incredible, delivering all the nuances of the e-liquid flavor currently in the 2mL tank. This flavor delivery doesn’t change whether the e-liquid is PG or VG, so experienced vapers with a preference for either type won’t have to miss their favorite e-liquid when making the switch to the Trinity.

Vapers who prefer lighter and less dense vapor can tone the intensity down with the adjustment buttons, which are well-suited for making quick setting changes. The airflow adjustment ring at the base of the tank can also serve this purpose while helping to regulate the amount of strength needed to draw a puff. The different adjustment features make the Trinity a great choice for social vaping sessions with friends that prefer different settings.

The Vapor 2 Trinity fits quite comfortably in one hand. For a vaporizer with a 1,200 mAh battery, this might seem a little too small, but Vapor 2 has somehow managed to fit everything together nice and snuggly.

The small size of the Trinity makes it a fun little device to carry around in pants or shirt pocket. With its transparent tank, it isn’t very discreet, so it might not be the best device to bring to a mall or restaurant. When going out to parties and festivals where the crowd is more accepting of vaping in general, however, its miniature dimensions are a huge plus. It doesn’t produce a noticeable bulge, nor does it get in the way of any movement.

Despite being able to pack a big vapor punch, the Trinity is a very lightweight device. In fact, a vaper with larger hands might want to handle it with just two fingers, and the Trinity makes it possible to do just that.

Easy to Use vape Vapor 2 Trinity

None of the other great features the Vapor 2 Trinity provides would matter if the unit wasn’t also easy to use, but Vapor 2 delivered on that end as well. The most obvious nod to user-friendliness is the unit’s ability to work with both PG and VG e-liquids. Making the switch to either one requires only a quick changeover to an appropriate atomizer. Vapor 2 provides standard 1.2 Ohm atomizers for PG use and sub-Ohm 0.8 Ohm atomizers for vaporizing VG e-juices.

Filling the tank on the Trinity is a straightforward process. It uses a top-fill design that can reduce the risk of messy spills. This feature makes it the Trinity a great choice for vapers who might not be as steady and dexterous as they used to be.

The battery case at the bottom of the unit comes with an OLED display. This display makes it easy to find information about the unit’s current settings. It shows data on remaining battery life, wattage, voltage, and resistance in Ohms. Above the display is the fire button. This position makes reaching and depress the button with an index finger easy even while gripping the device.

Who can compete with Vapor 2 Trinity

Vaporesso TARGET Mini 40W TC is quick on the buzzer with Over Temperature Protection. It does this Two-in-One Tank. Occupying the higher end of the market, it may be more of an investment with the same pack of features. It is robust, well-made, and small enough to fit discreetly and ergonomically in the palm of the user’s hand, which makes for a very comfortable and relaxed vaping experience.

The EPuffer Titan Hybrid is a similarly light device. Like the Vapor 2 Trinity, the Titan can use both standard and sub-Ohm atomizers, which opens it up to a wide range of e-juices. It stands out due to its ultra-portability, coming in at a smaller size than the Trinity. It does cut corners to achieve this, however, and its battery life isn’t as impressive. Its tank is also harder to refill.

The Vapor 2 Trinity combines the best features of an easy-to-use pocket-friendly device with the outstanding performance of a higher-quality vape. At a mid-level price range, this a combination that’s difficult to come by.

Its ability to use either PG or VG e-liquids is an incredibly understated benefit, opening beginner and experienced vapers alike to the ability to experiment with different e-juices. It delivers a rich, full flavor, as well, so that vapers can relish in the incredible variety available to them.

With a more basic design, it skimps a little on the looks department, but it does so by following the “form follows function” design philosophy. What it lacks in style, it makes up for in its unexpected ability to provide a satisfying vaping experience full of thick, puffy clouds.

Its small and lightweight design makes it a great choice for vapers wanting to get something better than a vape pen but still be comfortable with using it on the go, and it packs a battery that can last long enough to meet that challenge. Overall, it’s a very decent vape that’s easy to recommend to almost any avid vaper. 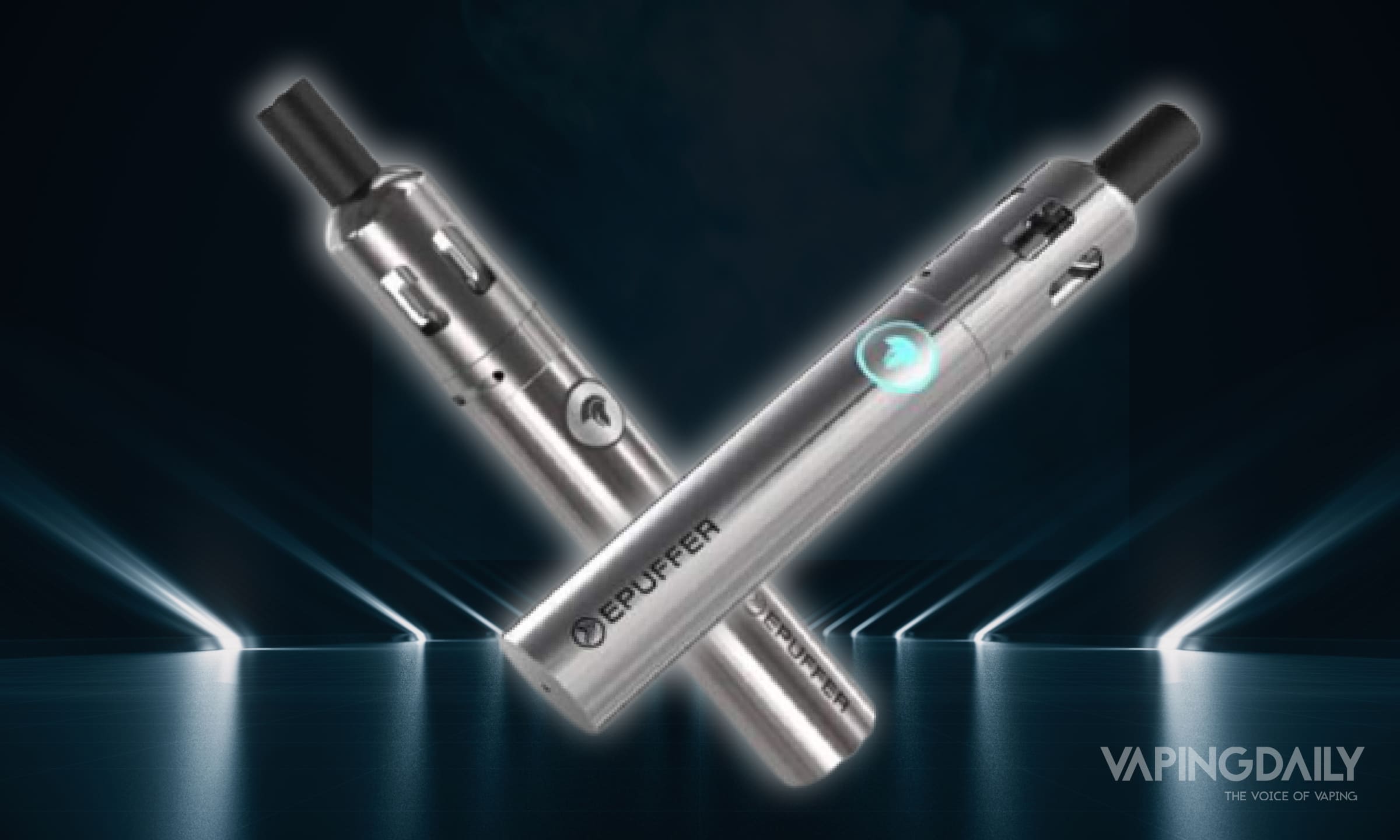 December 13, 2016
Titan 5.0 Vaporizer EPuffer Vaporizer has found the sweet spot between power and portability, offering the best of both worlds. See if it's right for you!