Massachusetts 4-Month Ban on Sale of All Vaping Products 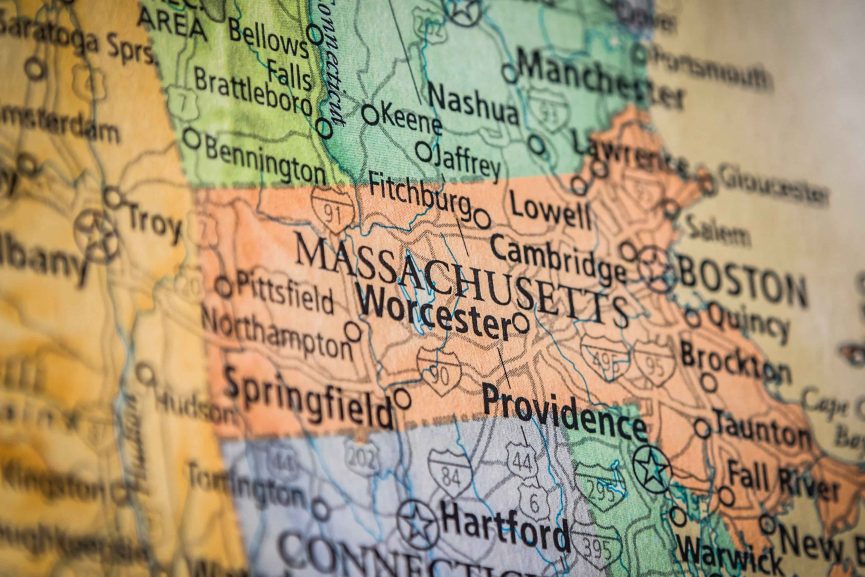 Massachusetts becomes the third state in the US to pass a ban on all vaping products. This ban has become one of the stringiest bans since it encompasses all vaping products, from flavored e-cigs to unflavored as well as THC. Massachusetts Governor Charlie Baker believes it will give relevant authority enough time to conduct investigations.

Massachusetts on Tuesday took the spotlight in a bid at ensuring that members of its state keep off vaping as much as possible, with its governor Charlie Baker acknowledging the rampant illnesses and deaths associated with vaping, placed a four-month ban on all sales of all vaping products. He also declared the current situation as a public health emergency within his state.

With the national death toll currently at 11, and the lung illness taking a spike, federal agencies keep advising Americans to keep of vaping. While the exact causes haven’t been established, the numbers are very alarming, sending states in a pandemonium.

Baker reiterated that a pause in the sale of vaping products would give health experts an ample time to collect important information on what drives the uptick of life-threatening vaping-related complications and to comprehend the inherent dangers associated with vaping both cannabis and nicotine. Monica Bharel who acts as Massachusetts Public Health Commissioner insisted that she’s heavily concerned regarding health issues associated with vaping, arguing that health officials are determined to prevent another generation from becoming addicted to vaping products.

Governor Baker’s move did not sit well with a majority of people across the state with others, arguing that the move is short-sighted, dangerous, and undermines people’s free will. In fact, there are claims that Baker’s move is pushing individuals to seek such products in the illicit market where more dangerous products exist. But against all these, the numbers of people who have developed cases of severe lung complications after the use of vaping devices continue to rise.

Based on the latest reports published by the Centers for Disease Control and Prevention, 530 people in 38 states suffered mysterious lung complications linked to vaping. In fact, Anne Schuchat, principal deputy director of the CDC further insisted that more cases are set to be announced this week stating,

“We believe that probably hundreds more have come in since the numbers we released last week,”.

Governor Baker did not stop there.

He further insisted that the ban would include all vaping products, regardless of whether they are flavored or unflavored, purchased in stores or online, or used with THC or nicotine. According to Gov. Baker, the state’s board of health and the DPH will efficiently work with law enforcement agencies to enforce this ban. Furthermore, those violating the law stand to pay heavy fines or have all their products confiscated without warning. Residents of Massachusetts are urged to temporarily refrain from vaping until the current investigations that are underway are completed.
While plenty of business owners argued that they comprehend the health concerns related to vaping, they also insisted that the state needs to figure out what’s going on before imposing bans.

“This move angers me. It does. It really makes me angry since its hurting small businesses that are just starting out,” argued Cathy McCarthy, Fast Eddie’s Smokes Shop store manager.

Cathy McCarthy’s opinion was echoed by plenty of other people in the state such as David Bershad who argued that this ban would further push people to seek these products from the black market.
Termed a “terrible decision” by others, Gov. Baker’s ban will see many people seeking vaping products from unregulated markets known to be a hub of dangerous products. In a move to show how serious he is, Gov. Baker stated that public health officials and the local police officers would constantly be checking numerous retailers in the state to ensure the removal of vaping products from their shelves. Again, this is a move that has had owners of convenience stores worried. Some of them face the risk of losing their businesses, at least up to the time when the ban on all vaping products is expected to be lifted.

First, we issued a warning letter to JUUL Labs Inc for marketing unauthorized modified risk tobacco products by engaging in labeling, advertising, and/or other activities directed to consumers, including a presentation given to youth at a school. https://t.co/xCvYOJerlO

In the midst of states rushing to place bans and the federal government soon implementing the ban as proposed by President Trump, JUUL labs seems to be having some financial backlash too. With its market share slightly above 70% and approximately 3,800 employees, a majority of them stand to lose their jobs. For instance, the firm has already witnessed a drop in sales at the national level with the company further losing half of its domestic sales last year alone. Adding salt to injury, sales have further deteriorated in recent weeks after it became clear that cases of teenage vaping are on the rise. Right now, among four 12th-graders, one of them had tried vaping in the last 30 days.

Based on Massachusetts’ state press release, the proposed ban on all vaping products is temporary. Therefore, retailers are not being forced to destroy their products but have them removed from the shelves or on display immediately. With the ban on all vaping products scheduled to be early next year –January 25, 2020 to be specific-, a majority of health centers are welcoming the move by Gov. Baker. They are of the opinion that a lack of surety as to why some individuals have become seriously ill highly underscores an urgent need for some intervention.